Brought together by the universal joy of a well-endowed toasted sandwich, these Rotterdam creatives gather each month to connect with their peers and explore hidden parts of the city. Last month, we joined their culinary networking activities at Blue City- an abandoned tropical swimming pool turned circular economy incubator. 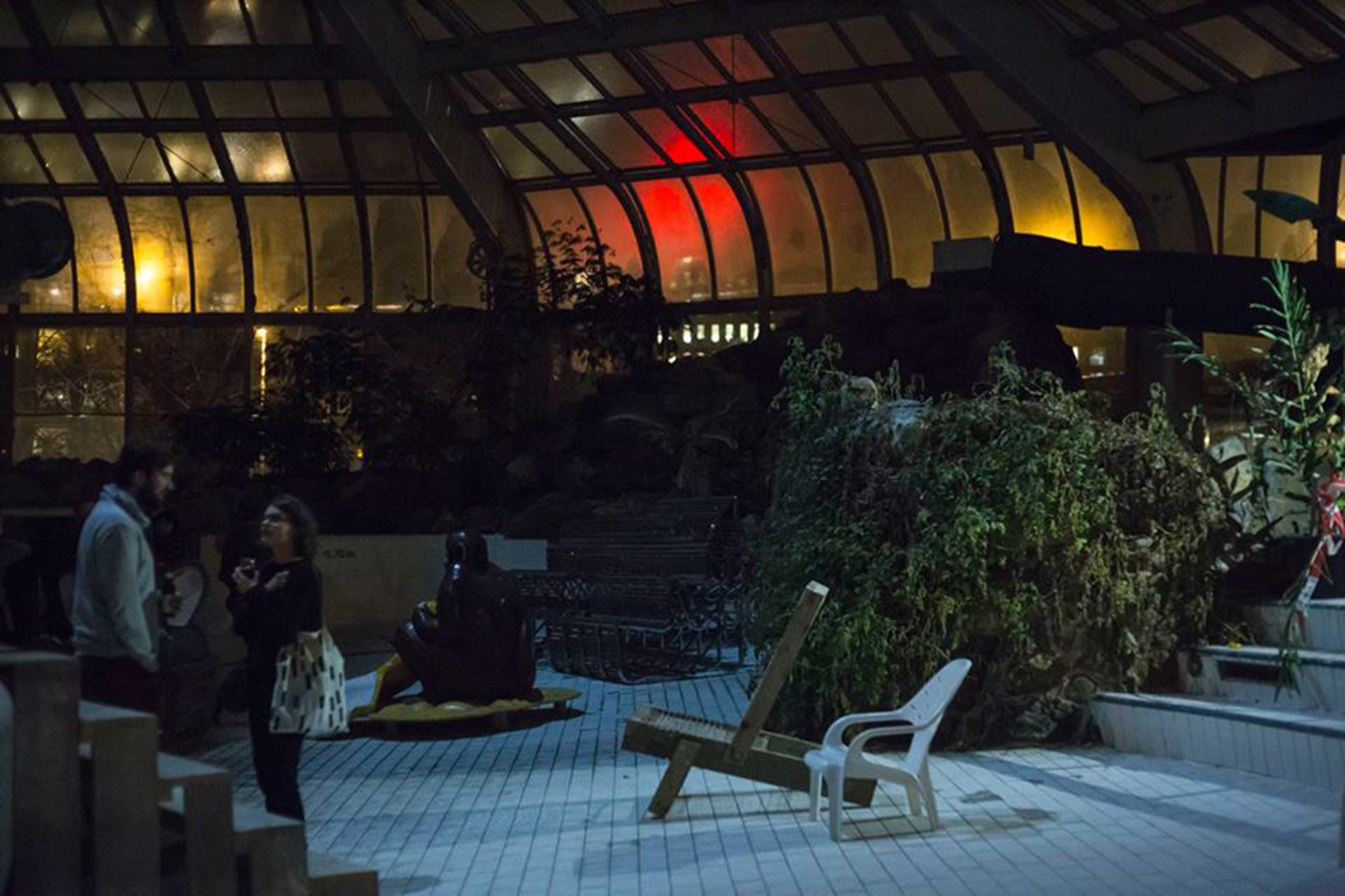 There is a nasty February storm brewing outside, but the harsh winds and pouring rain aren’t stopping this Rotterdam creative crowd from coming out tonight. Brightly colored raincoats complement the tropical surroundings, and plastic bags filled with sandwich toppings are being drawn out of tote bags and backpacks. People from all walks of life gather around the toaster irons, enjoying a cold beer and a nice conversation while sharing sandwich toppings and creative sandwich suggestions.

The event is free, the bread provided by the delicious Jordy’s Bakery. All you have to do is bring your favorite toasted sandwich toppings and an open mind.


“They all met at a Tosti Treffer years ago and now they’re all friends. How cool is that!?”

Tosti Treffer, loosely translated as ‘toasted sandwich meetup’, was created eight years ago by students from the Willem de Kooning Academy for the Arts. The original founders have left since, and about four years ago a new group of toast enthusiasts took up the irons. Raymond Landegent, Louis Korver, Boyd Koers, Suzanne Hoenderboom, Natascha Goed and Suzanne Streefland organize the monthly meetups as volunteers, arranging anything from the space to the speakers and, of course, the sandwiches.

“The general idea behind Tosti Treffer is to create time and space for creative and open-minded Rotterdammers to explore the city, and build meaningful connections and relationships over the joy of a simple toasted sandwich,” Raymond explains. 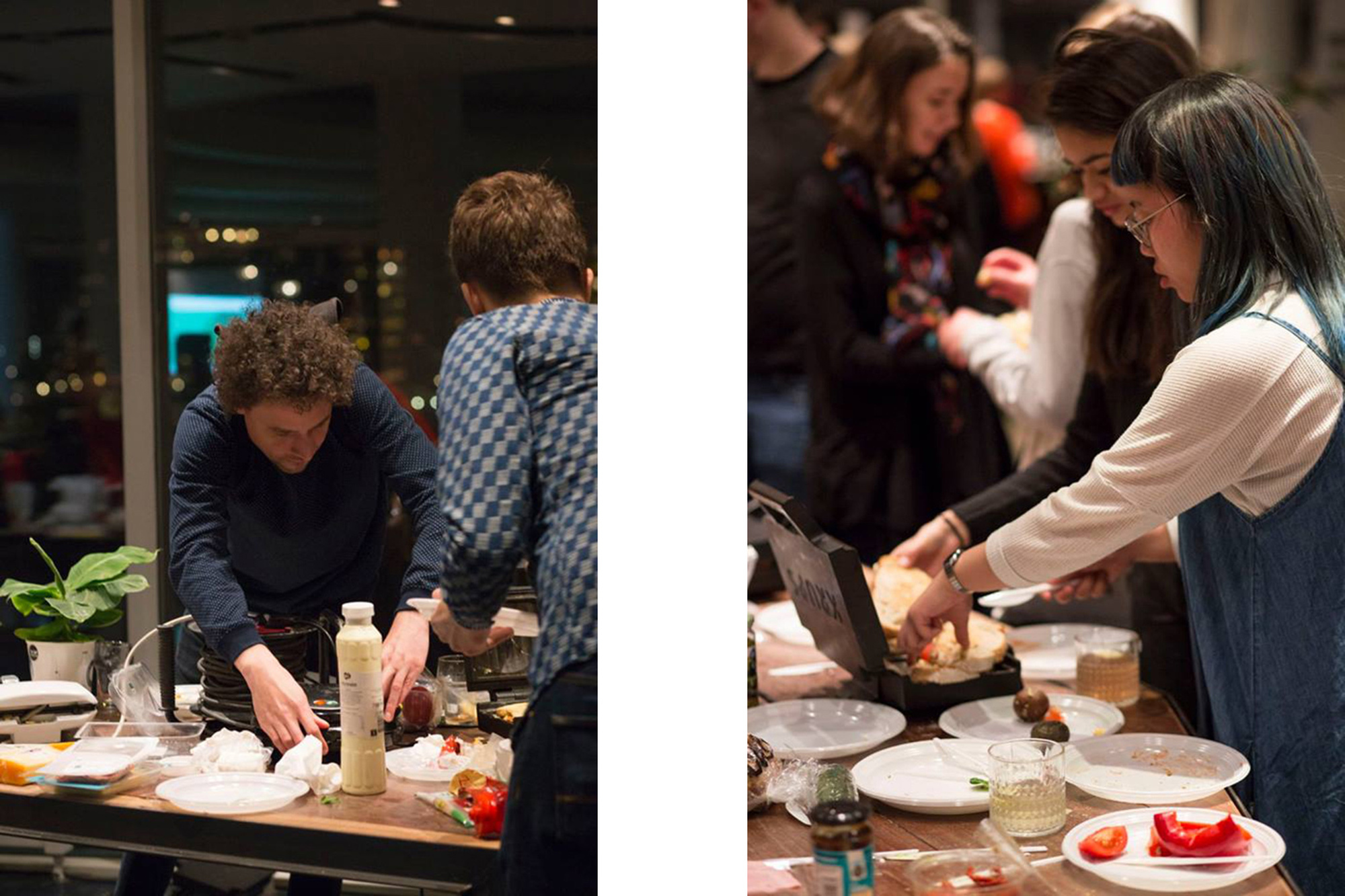 The attendees are usually young, creative and engaged Rotterdammers; anyone from students to recent graduates, creative freelancers or just someone with an open mind looking for an inspiring evening. The toppings are just as varied as the audience. As one illustrator happily chows down on a goats’ cheese and beet spread sandwich, the photographer next to him reveals a peanut butter popcorn concoction that can only be described as pure genius. Organizer Suzanne Hoenderboom points to a group of friends preparing sandwiches and chatting away. 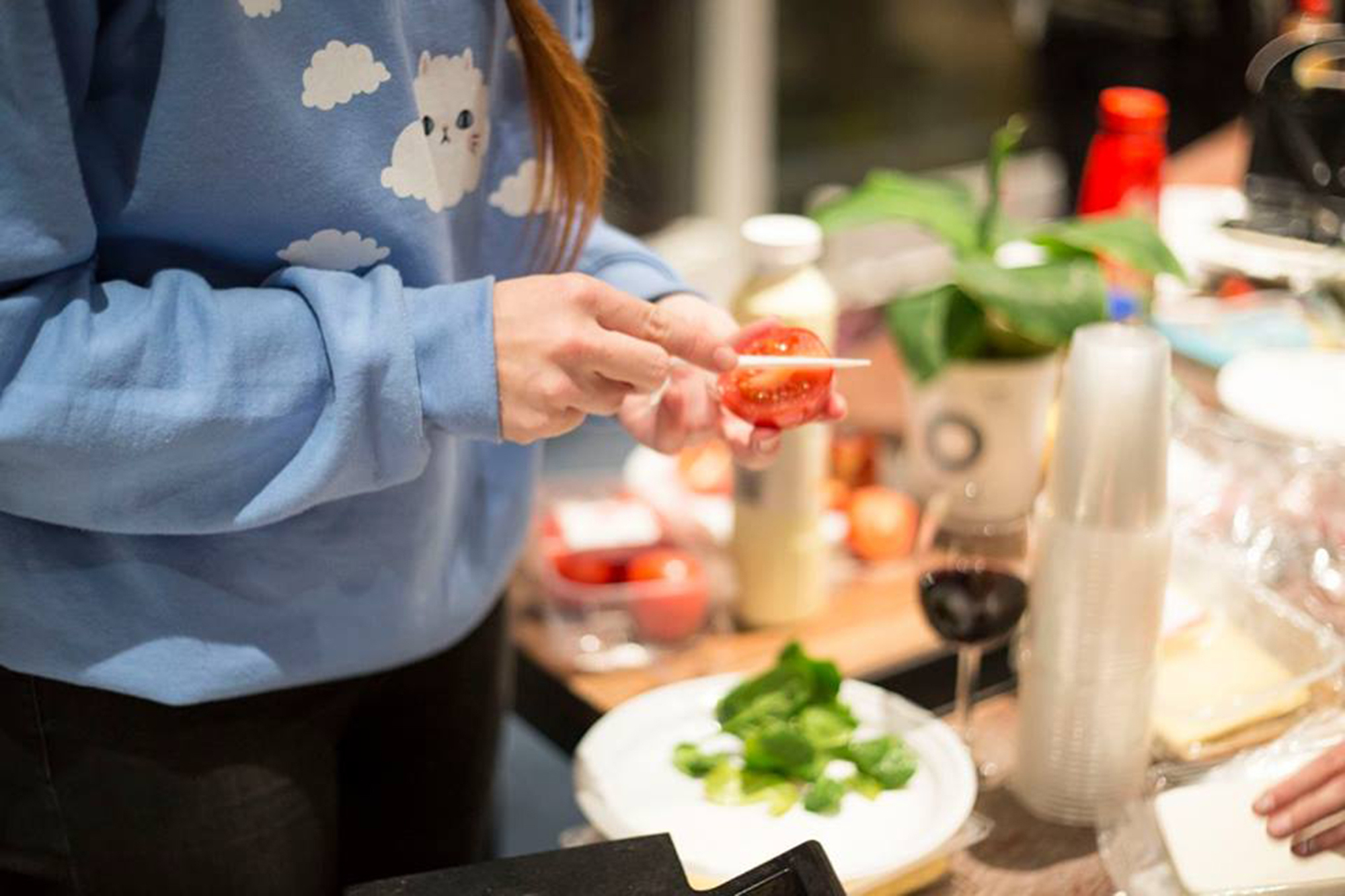 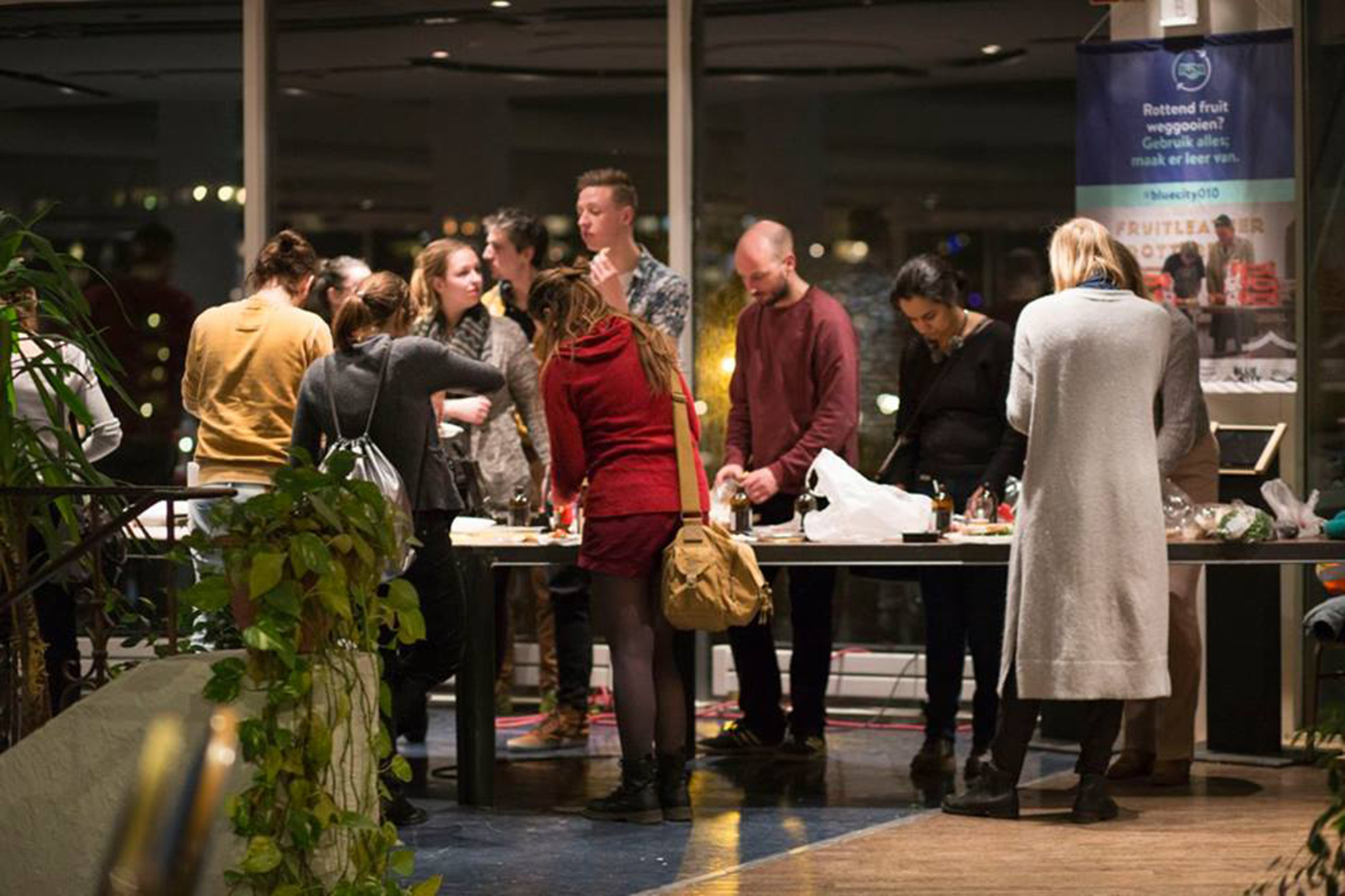 Besides creative sandwiches, a Tosti Treffer experience can also include speakers, short lectures, live music, or even workshops.

“We really want people to be inspired when they leave at the end of the night. Inspired by the space, or by the toasted sandwiches they made, or because they fell in love, made a connection or met a friend. All we do is provide them with the chance to be inspired- they do the rest!,” Raymond explains enthusiastically. 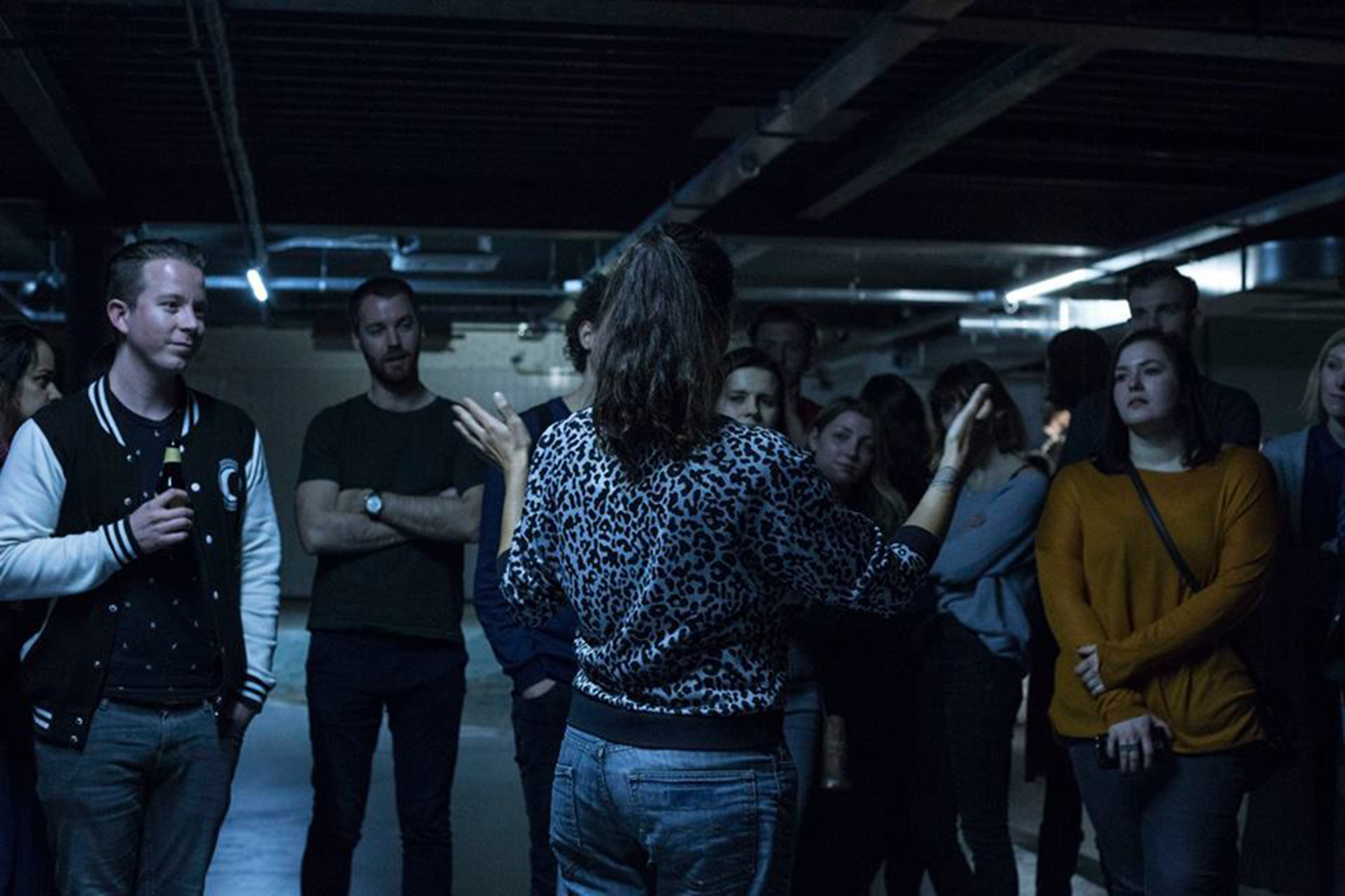 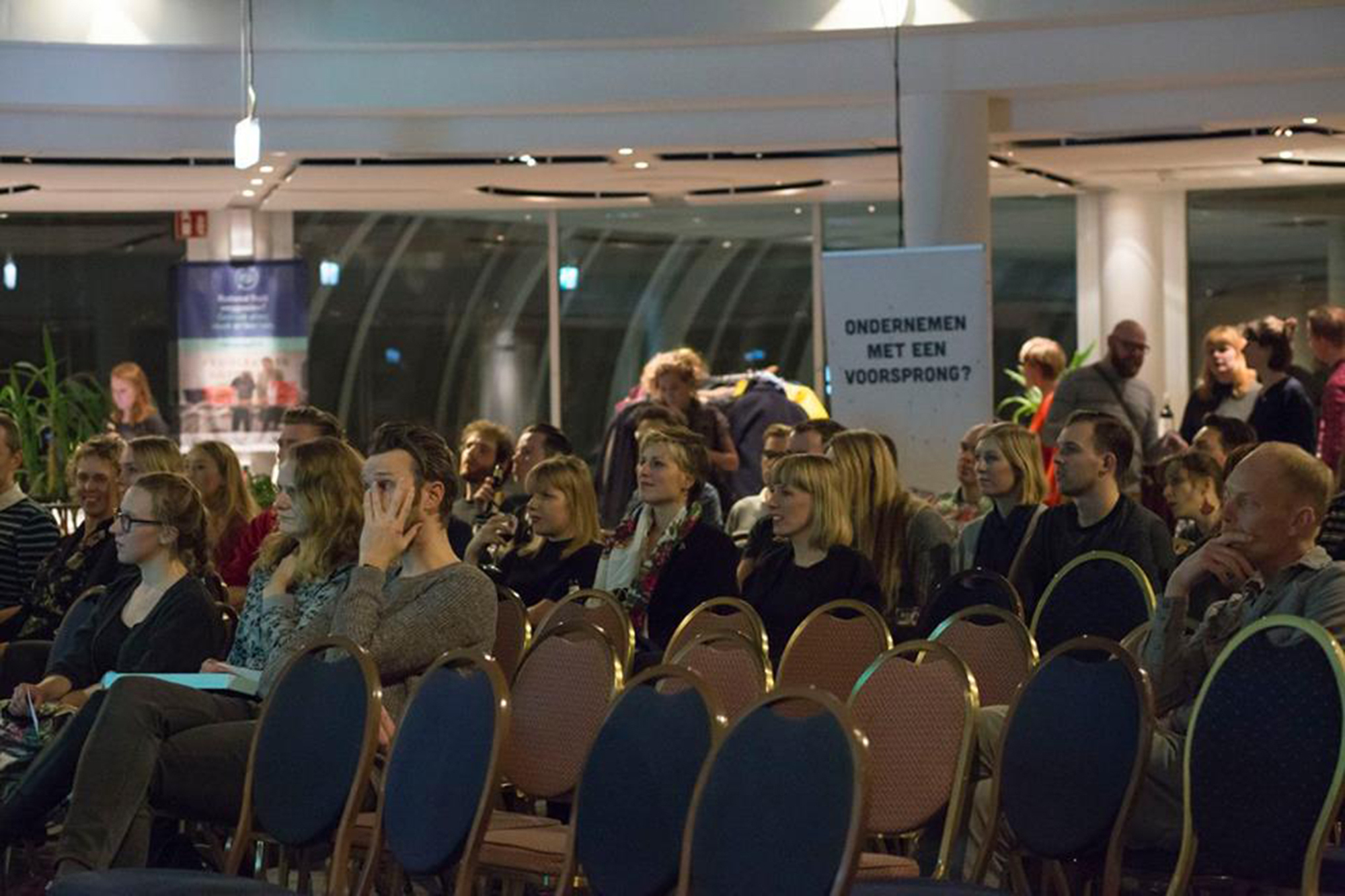 Every Tosti Treffer is held at a different location; preferably ones far from the beaten track. Previous events were held at the offices of a creative design agency and a Japanese cultural center, for example.

“We always look for spaces that are unconventional, not your usual bar or event space. We’d love to host a Tosti Treffer at the International Film Festival’s office one day- everyone knows where it is, but not many people have been inside. We love welcoming people to places they wouldn’t get to see otherwise,” Raymond explains. 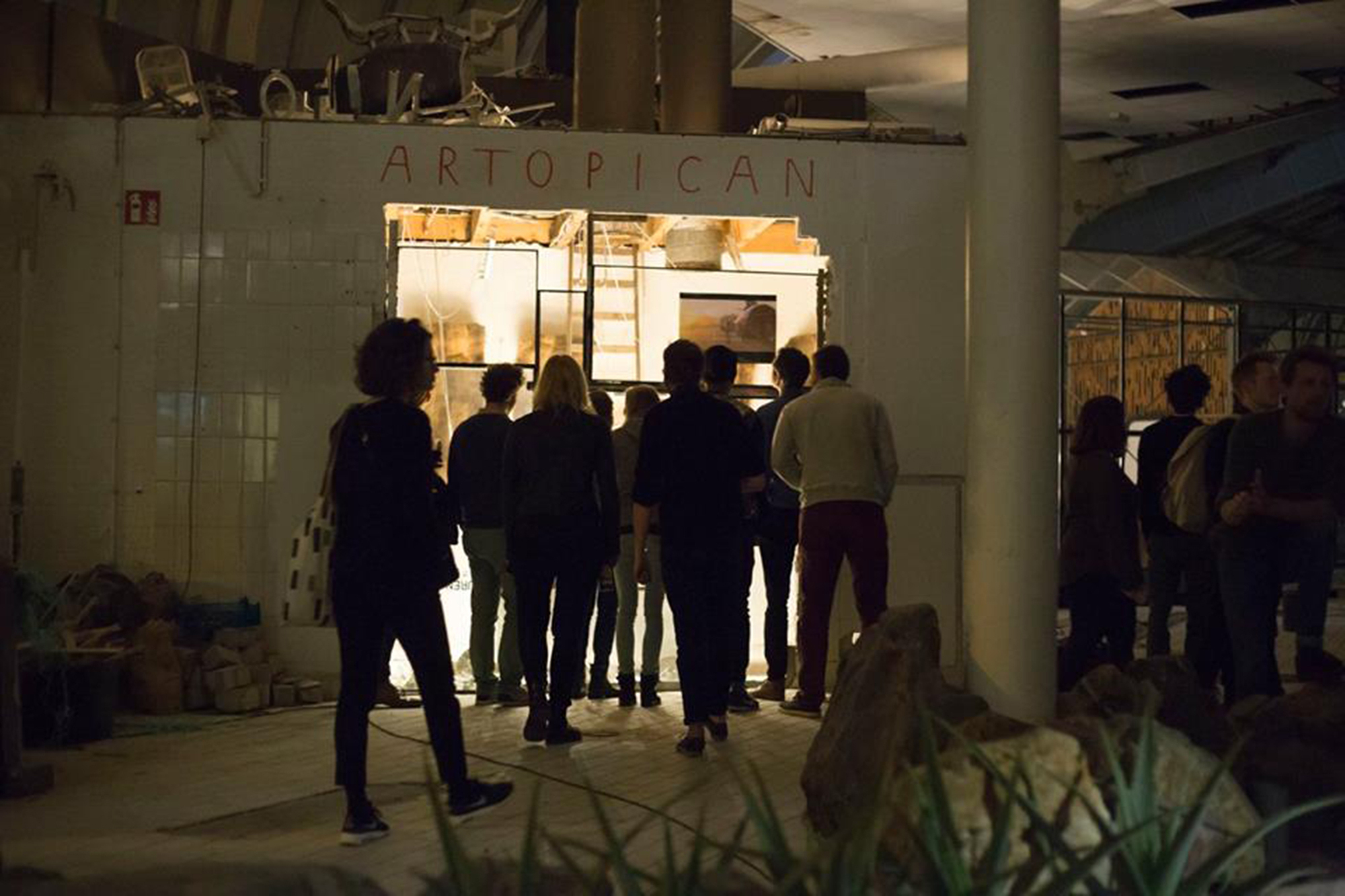 This month’s edition is being held at Blue City, a co-working/event space that hosts circular businesses to encourage the development of a blue economy, situated in an old tropical waterpark. Once everyone’s bellies are filled with sandwiches, the whole crowd gets a tour through the waterpark.

The former snack corner now functions as an atelier for the artist-in-residence, the bottom of a pool now home to a plant orphanage. The changing rooms in the basement of the building have been turned into a mushroom farm, and the guide proudly shows a bag of coffee grounds sprouting funny-shaped oyster mushrooms. As the crowd wanders through the unique space, it’s not hard to imagine why they braved the storm to come all the way out here. The evening is inspiring in every sense of the word, and the organizers’ enthusiasm is contagious. 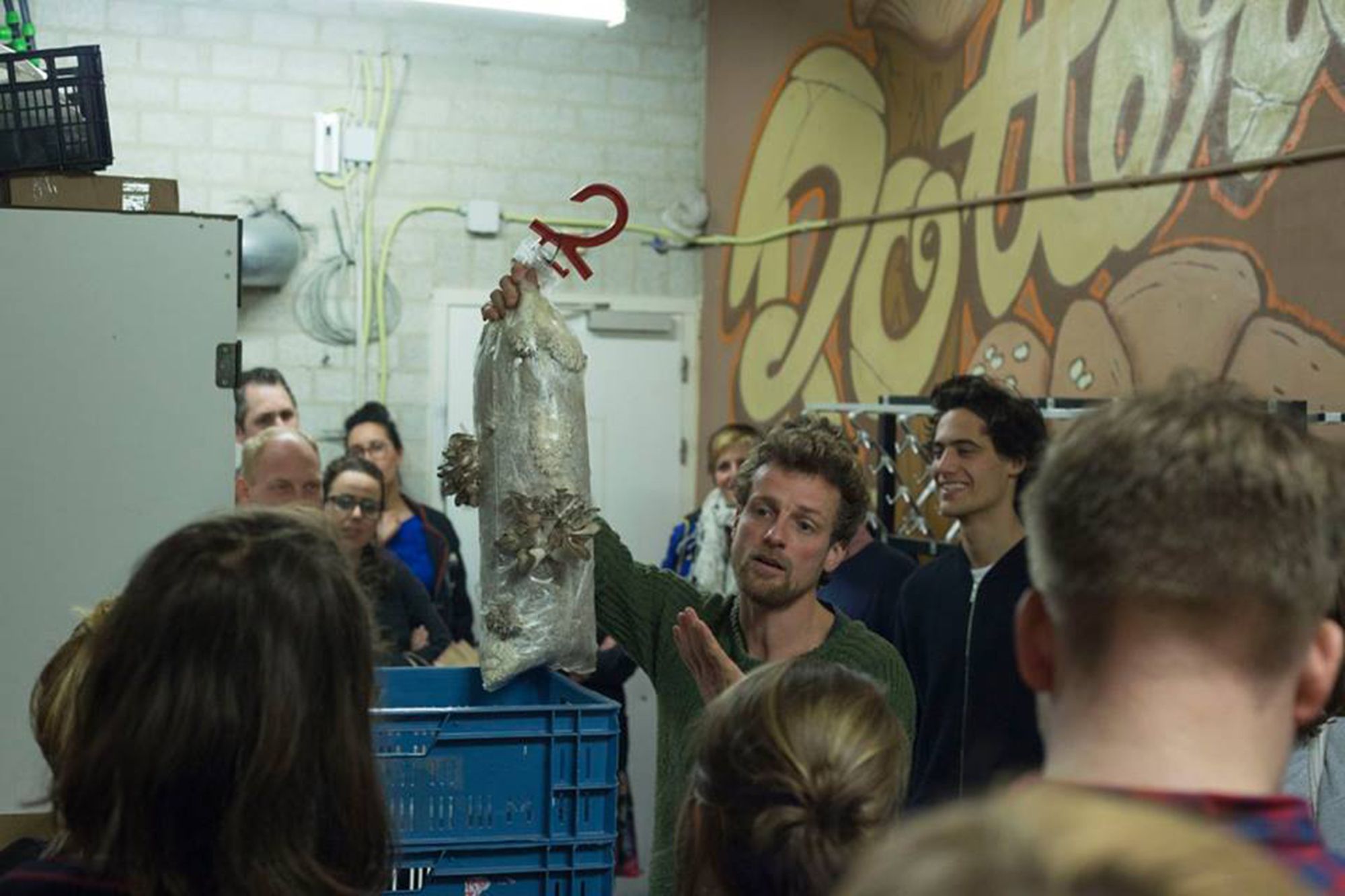 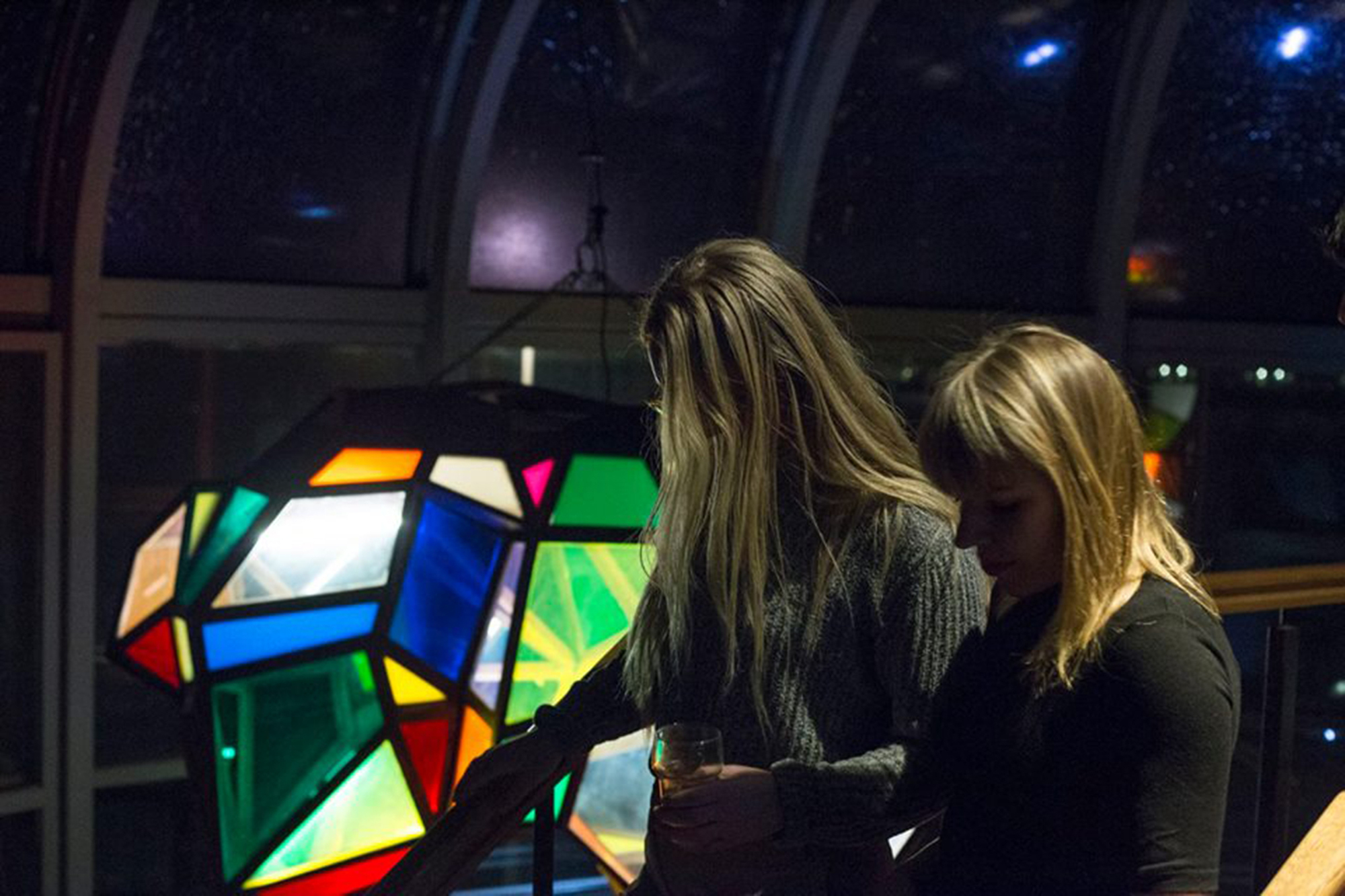 For anyone planning to visit a Tosti Treffer and looking to get the most out of their evening, Raymond has the following advice:

“Bring some delicious toppings, walk to the toasters, ask the first person you meet if they want to exchange sandwich toppings. Then walk to the bar and order two beers for you and your new friend. Easy as pie.”