Welcome to Town Talk Willemspark-neighbourhood! We’re taking you to an area that breathes fairy-like architecture, artisanal history and is located right at the portal of Amsterdam’s most beloved Vondelpark.

The origin of this area's name is as fairy-ish as the ambiance; baptized after King Willem III, the hood had to change its name during WWII. It was prohibited by the Nazis to derive street and area names from Dutch royal families. However cheeky Amsterdam officials crafted a fictional story about a Dutch-British boy named Willem Spark, and was made to believe he was a music composer. So WillemsPark-buurt became WillemSpark-buurt (neighbourhood)... 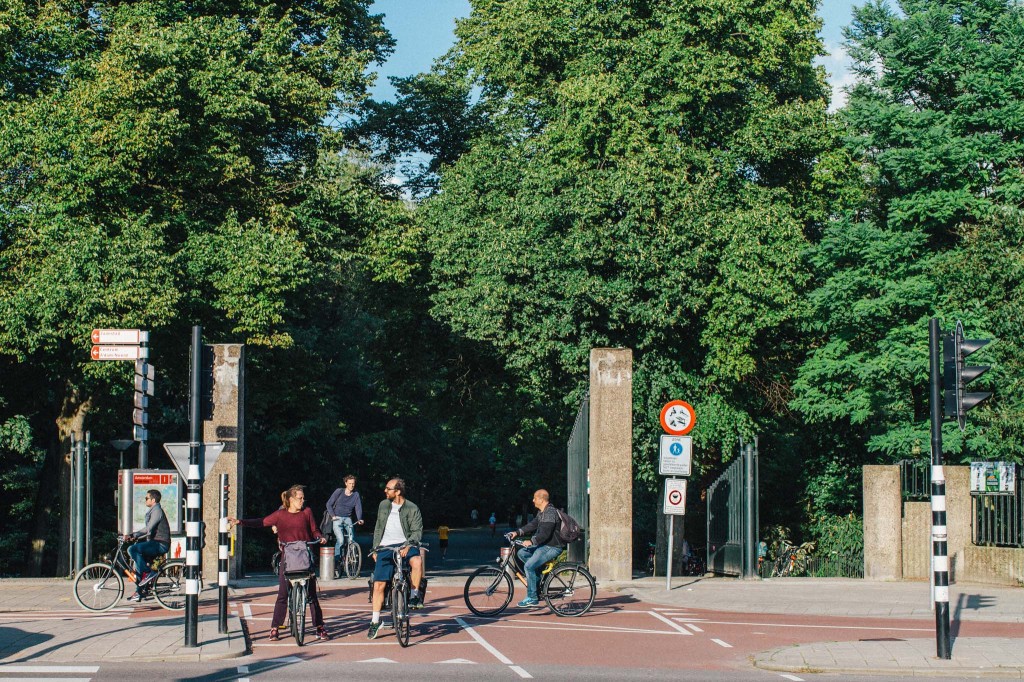 Local David Shah warmly welcomed Citinerary and the photographers of ‘on a hazy morning’ at his gorgeous ‘Grand Budapest Hotel’-like apartment and showed us the area that he has been calling home for the past 30 years. David is a jack-of-all-trades, he owns a publishing company 'View Publications' with top-end b2b textile, fashion and color forecast magazines; is a fashion and future lifestyle consultant, designs fashion and is an associate professor in Arnhem, Beijing and London. In short, a very busy and ambitious man! 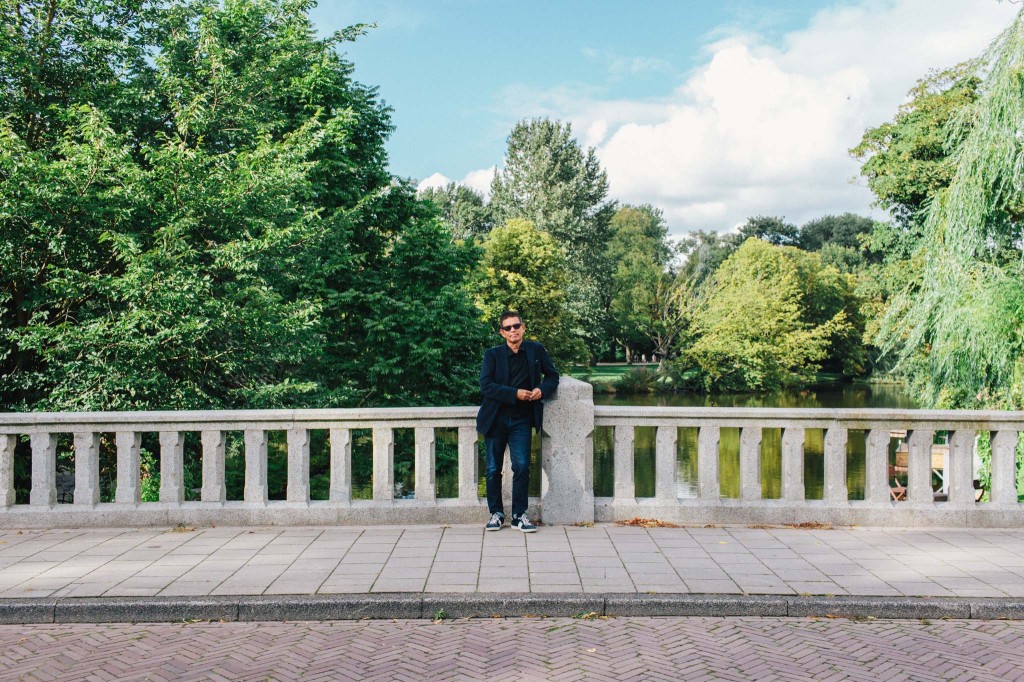 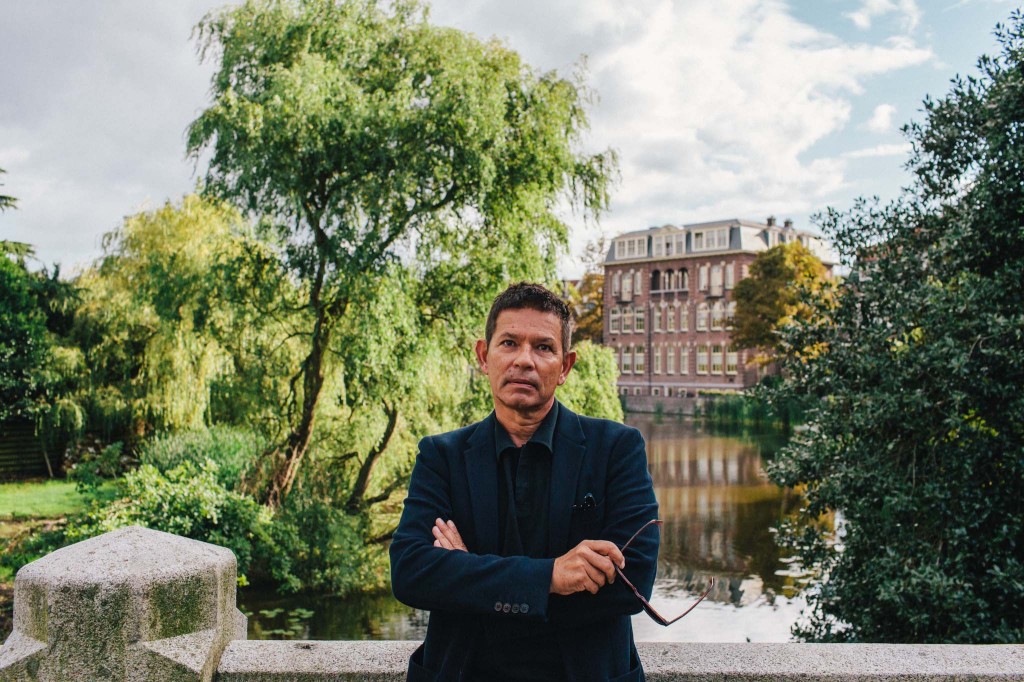 How did a busy man from the metropolitan London end up in the quiet Willemspark neighbourhood?

Well, thirty years ago I got headhunted to run a fashion magazine here. I lived in Hampstead in London, which is a very nice village-y area with a great atmosphere; I was very lucky to live there. My wife and I knew Amsterdam was a beautiful place and famous for its canals, but we couldn’t find a nice house at the Canal Belt in that same kind of Hampstead way and we didn’t want to compromise on that great atmosphere. We wanted to have children and we felt the canals wouldn’t be an easy place for kids. Then we found this apartment in the Willemspark-buurt that just had the right character. And we had the Vondelpark right on our doorstep, so we didn’t need a garden either. Our children literally grew up in the park and on the streets playing with the other neighbourhood kids. 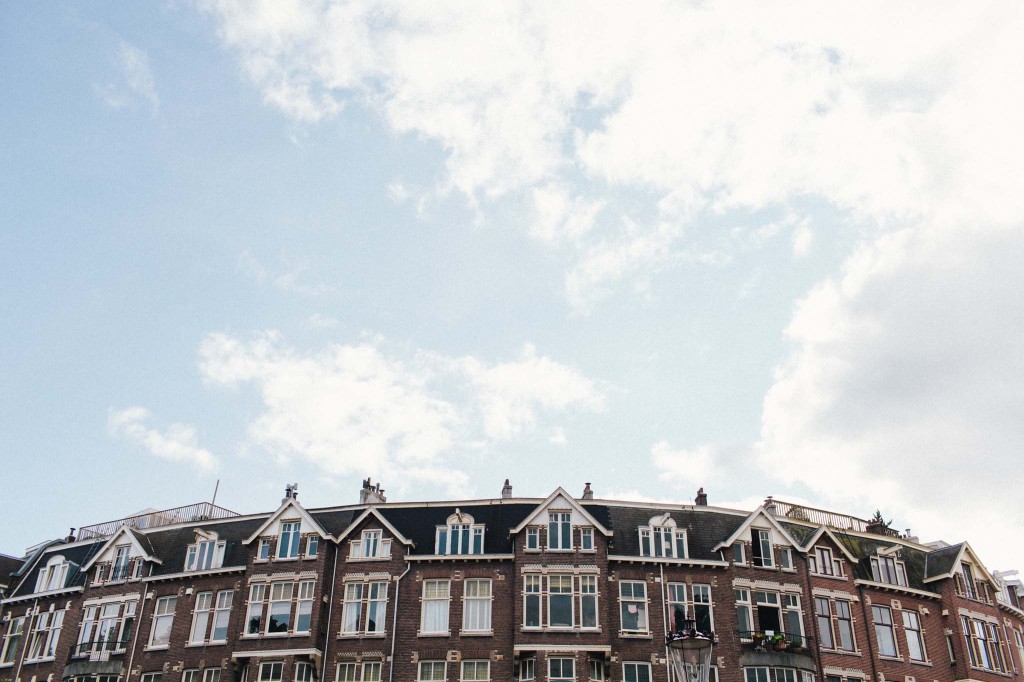 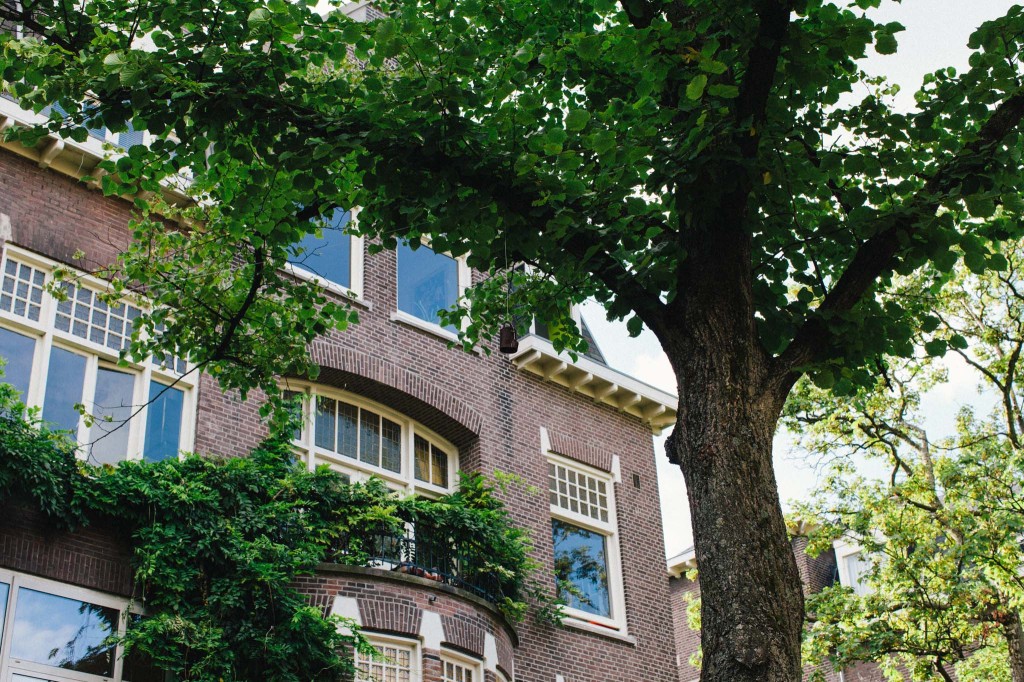 Most residents here are long termers so there’s a nice community spirit. My wife is well known by the local shopkeepers and, because she’s Italian and loves cooking, they started to ask her for advice about what to buy. It became kind of a village for us.

How did you see this neighbourhood change in the past 30 years?

When we first moved here 30 years ago it was a very ‘arts & literature’ neighbourhood. There were a lot of storytellers such as journalists and publishers. Of course in the last 10-15 years it has also become more of a property investment area. So, you could say the old-school community are the arty long termers and the new-schoolers are the ‘banker-wankers’. It has become a mix of arty types and new yuppies. 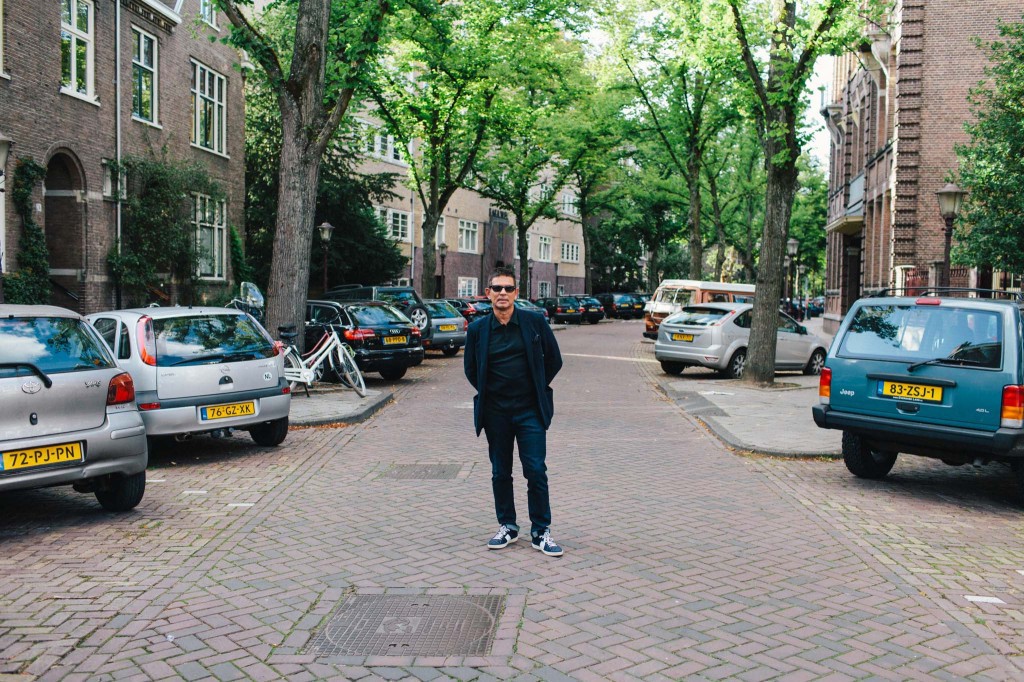 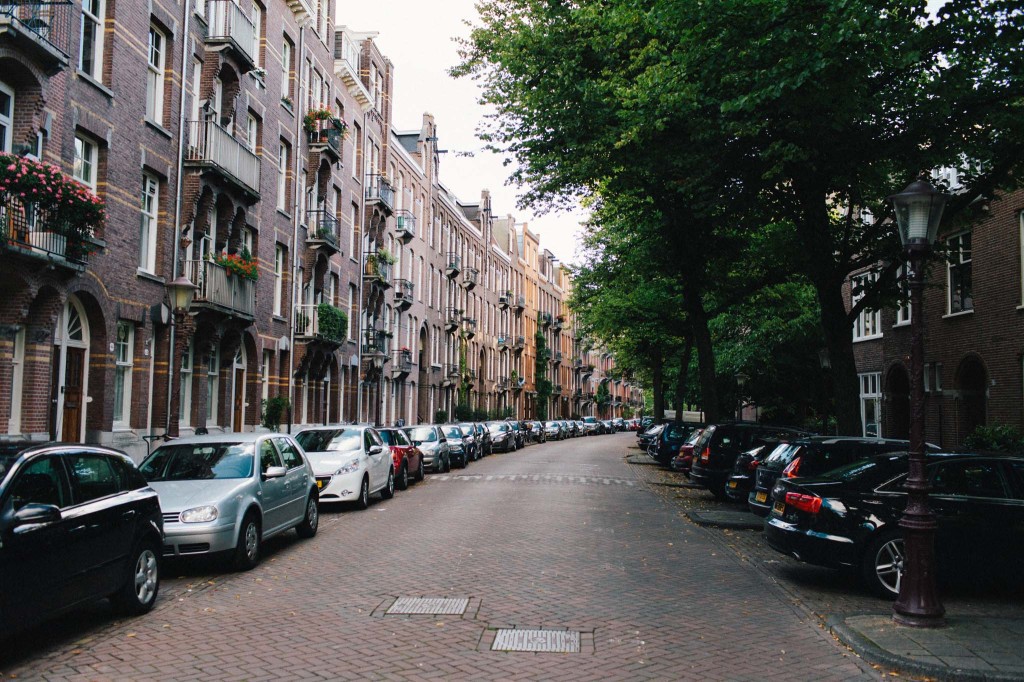 Amsterdam-South is known to be a snobbish neighbourhood. What’s your take on the snobbishness here?

This neighbourhood is not as snotty as the rest of Amsterdam-South. The neighbourhood has an old community, and these people are classically Dutch. It’s a bit like the Jordaan here in a way - the old community leaving their heritage in this hood. I really don’t like the traditional Amsterdam-south, such as the Apollolaan neighbourhood, I don’t understand why people think Beethovenstraat is such a wonderful place, there’s no community at all. 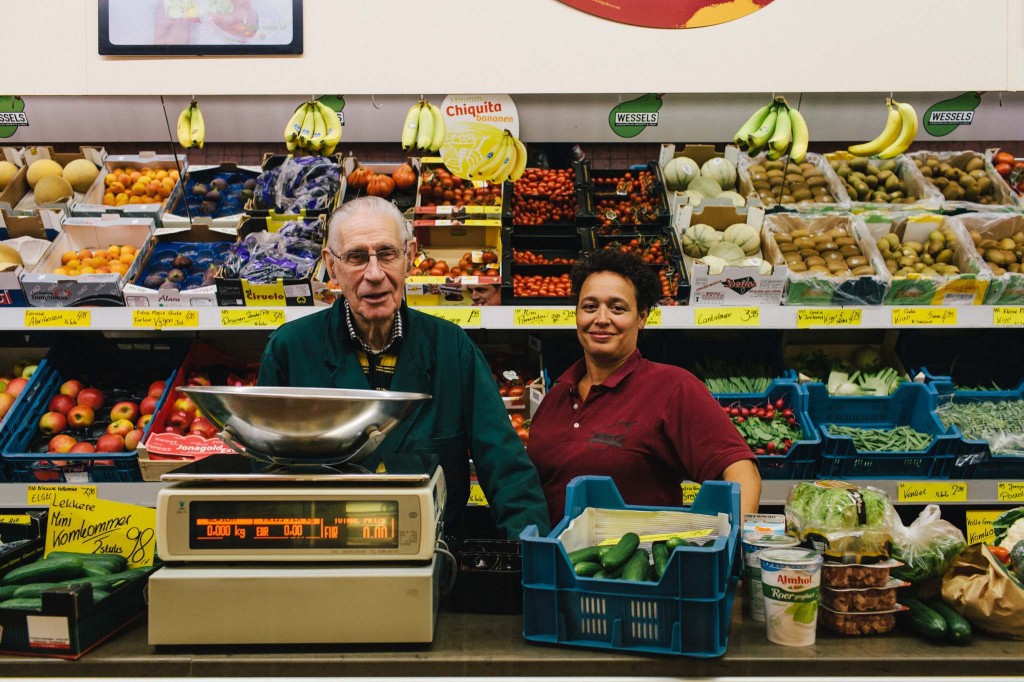 What’s your favourite thing about this hood? 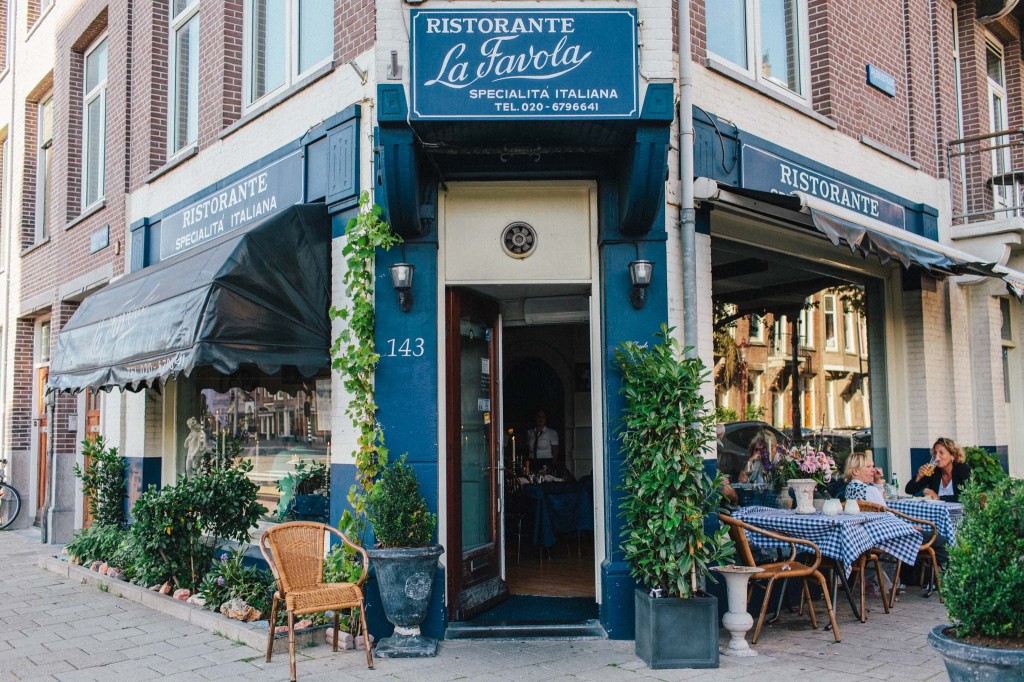 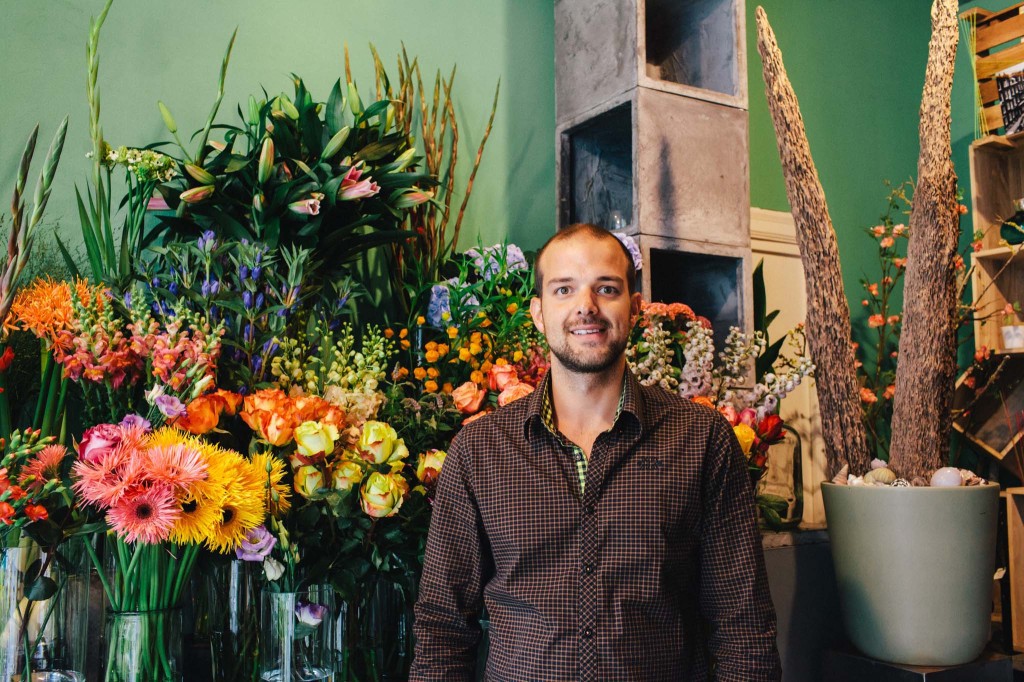 Why should people come to this part of town?

You have choices. You can choose whatever you want to eat, for example you can choose Ron Blaauw which is extremely expensive but you’ve also get cheap take-away, all in the same street. The neighbourhoods are very mixed. Just across the Amstleveenseweg you’ve got a lot of Moroccan families and even Arab shesh-besh (backgammon)  bars and on this side you have the rich Dutchies. The road is like a frontier, but it’s the same zone 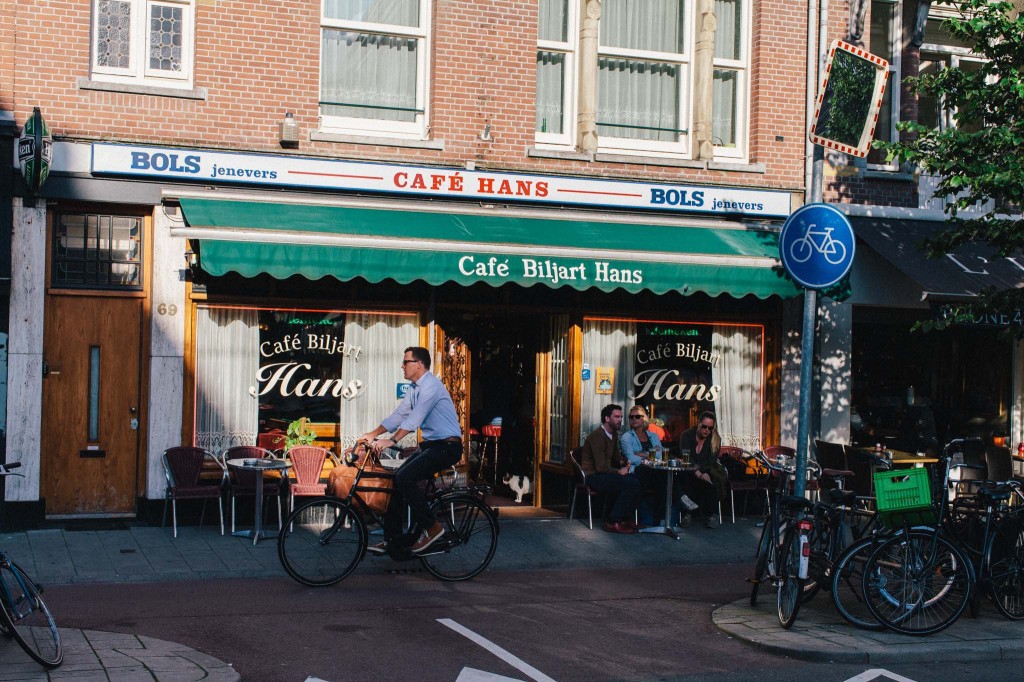 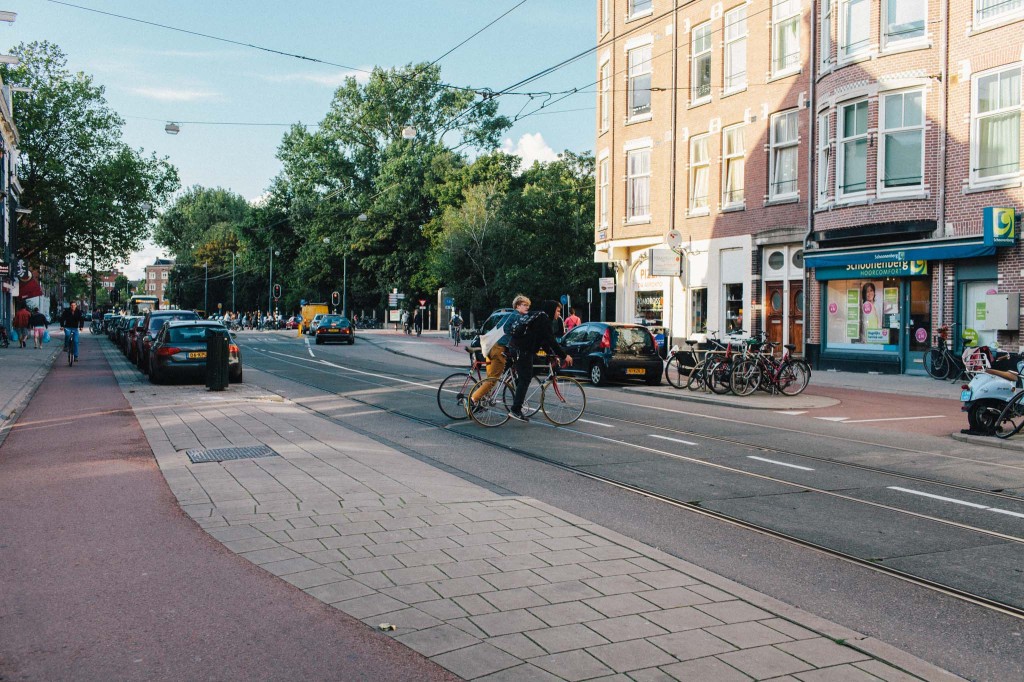 As a fashion expert, what do you think of the fashion sense in this area?

[laughing] I couldn’t believe Dutch fashion when I first came to Amsterdam in the early 1980s. I was used to Italian and London fashion - London fashion being very cutting edge and Italy being pure style; when I came to Holland, people were just totally practical, they didn’t really care about fashion. The informality was huge. And the other thing is, the Dutch are ‘Jante’, meaning you did not put your head above the other flowers or you got it chopped off. Of course it’s less so now than it was back then. Amsterdam has a drive for younger fashion; it’s a very good jeans place! People have always been very much into second-hand clothes, not necessarily vintage but really second-hand clothes. There’s more style now but it’s still nowhere near London. The greatness of Amsterdam is that it’s beautiful, it’s relaxed, it works and you can get everywhere by bike! 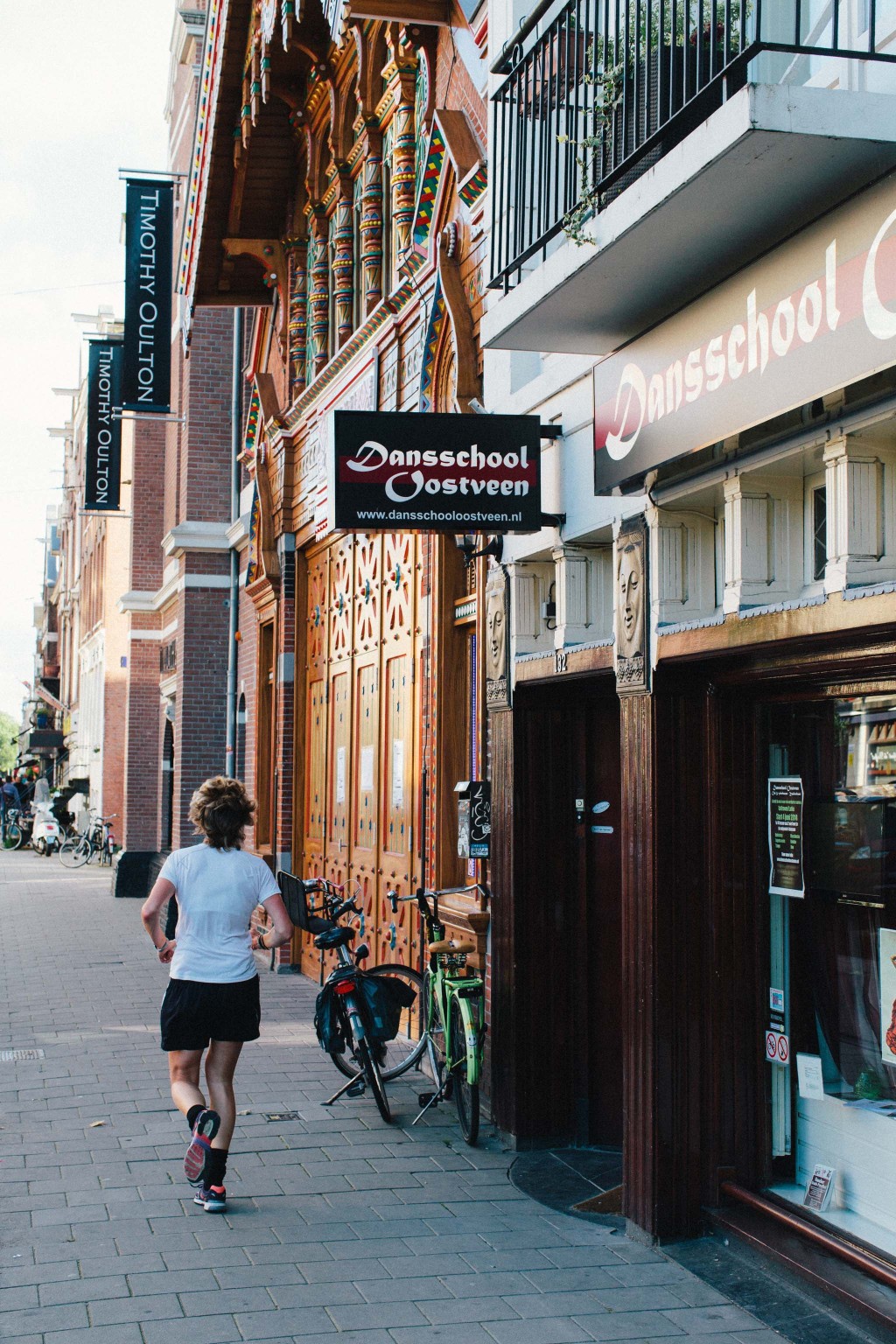 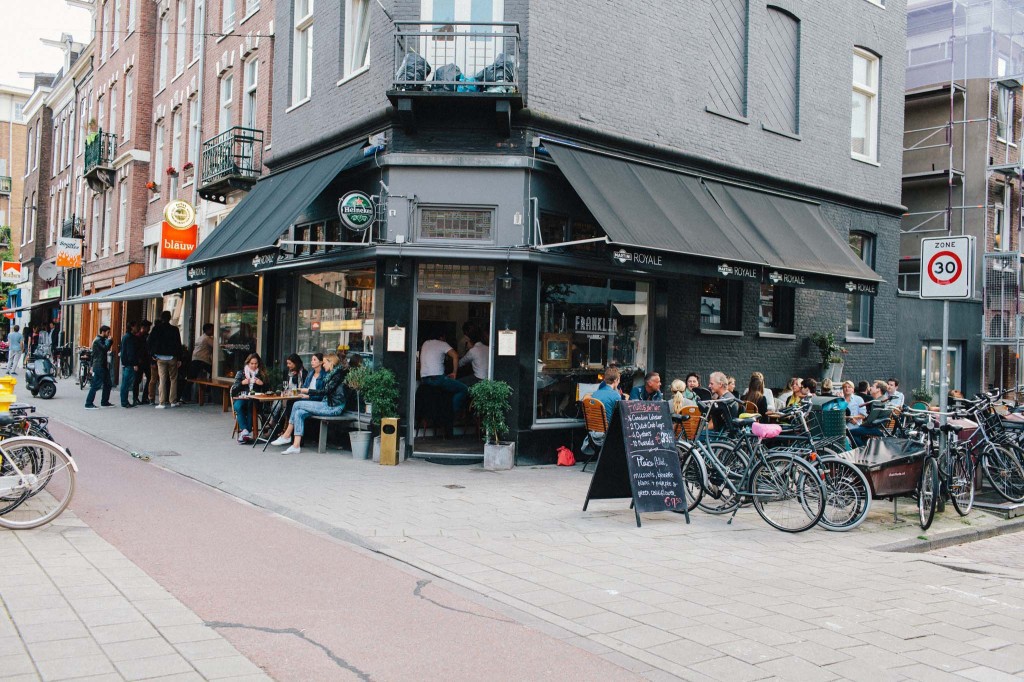 Lastly, where can you get a good cup of coffee here?

Anne and Max. They always ask for your opinion, even if you think it’s rubbish you can just let them know. 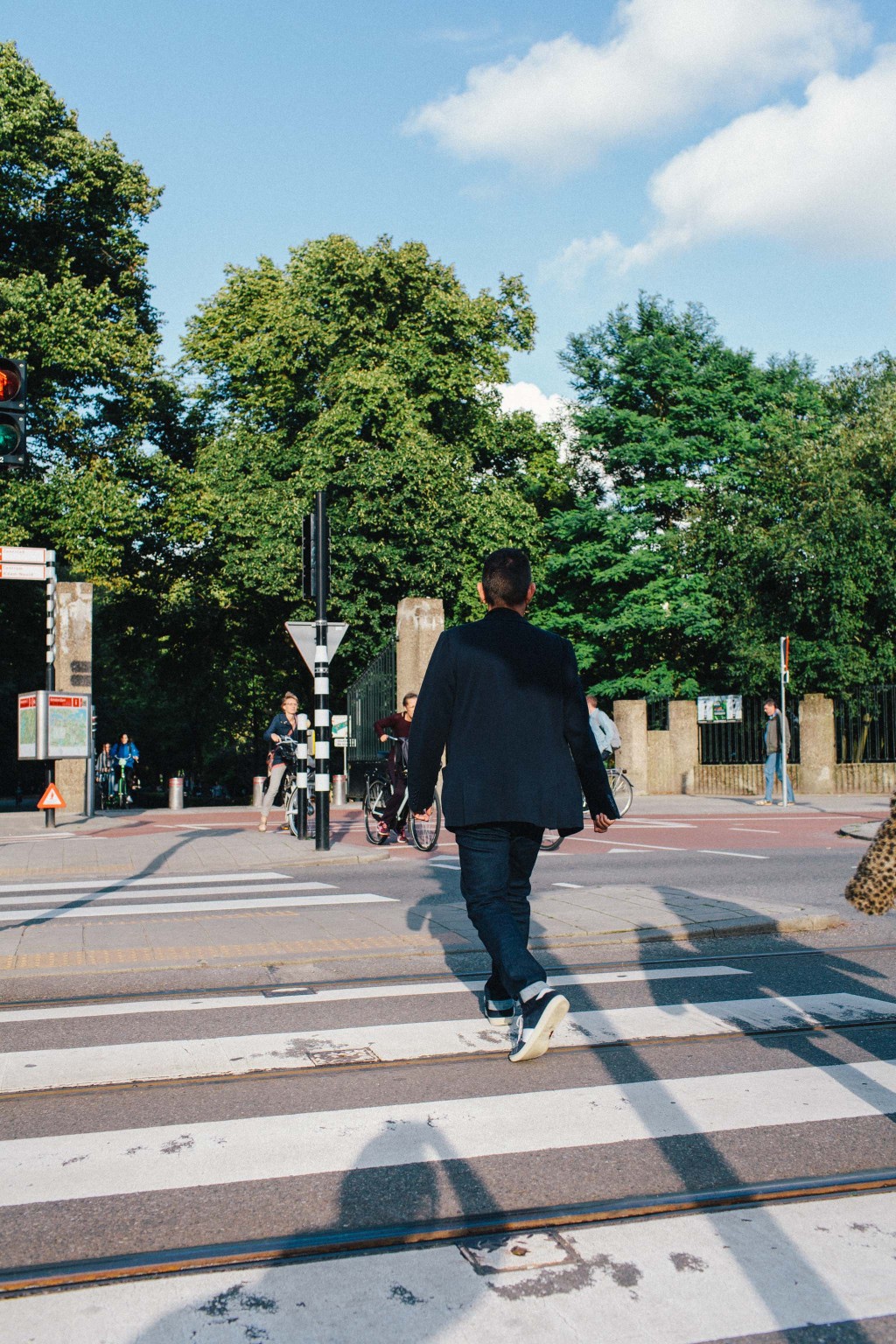 Thank you David Shah for taking us through your lovely neighbourhood in Town Talk #2! And also a special thank you to 'on a hazy morning' for capturing Willemspark-buurt at its best.