IJburg aka the islands of Amsterdam; It’s the youngest part of town and started out as a promising new build project. But have the three artificial islands located at the beautiful lake of IJmeer been able meet the expectations of the locals?

The bubbly Thirza Solcer took us, and the photographers of 'on a hazy morning', on a tour to find out. Thirza is the type of woman that many could easily envy yet can’t help but love, she’s a dancer, singer, model, fashion designer of her own brand Trazy Love, blogger for Girls Love Healthy AND a kick-ass mom of six-year-old Kaya. 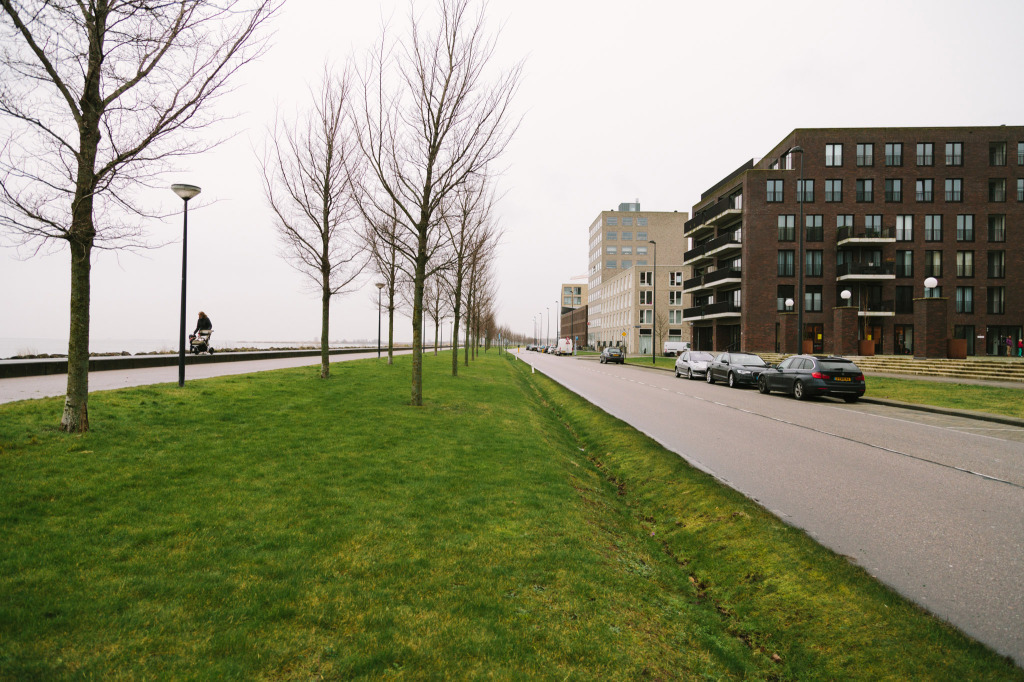 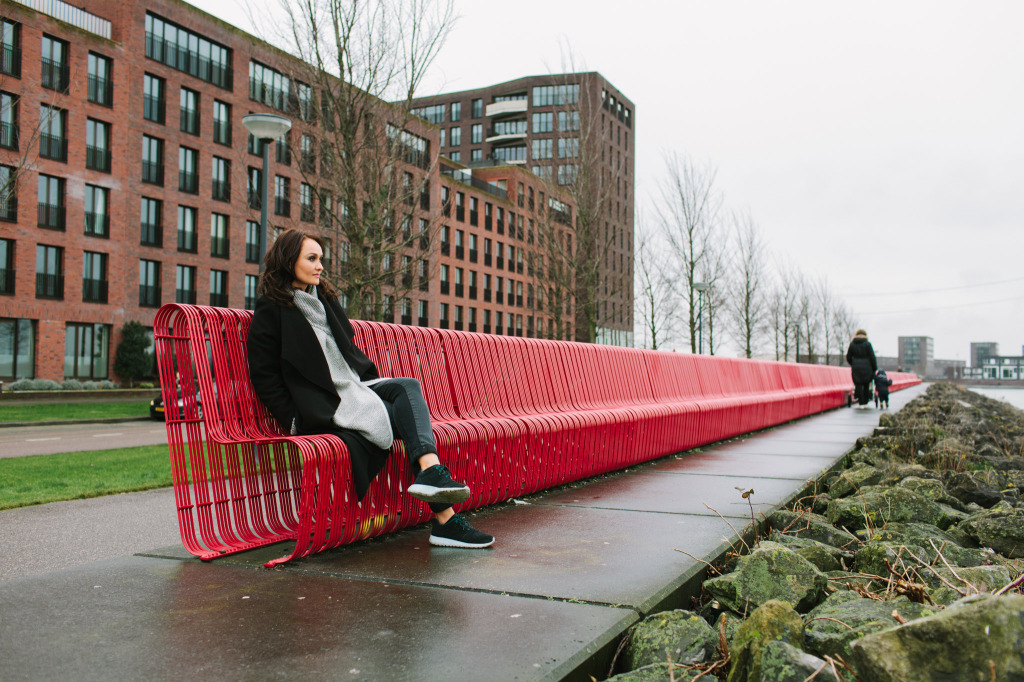 Hi Thirza, you seem to really love your hood IJburg. How did you end up here? My theatre and dancing background is what initially led me to Amsterdam, I’m originally from the east part of the country. I had visited Amsterdam a couple of times before for auditions and I immediately knew, “I wanna live here!” That was no sooner said than done. 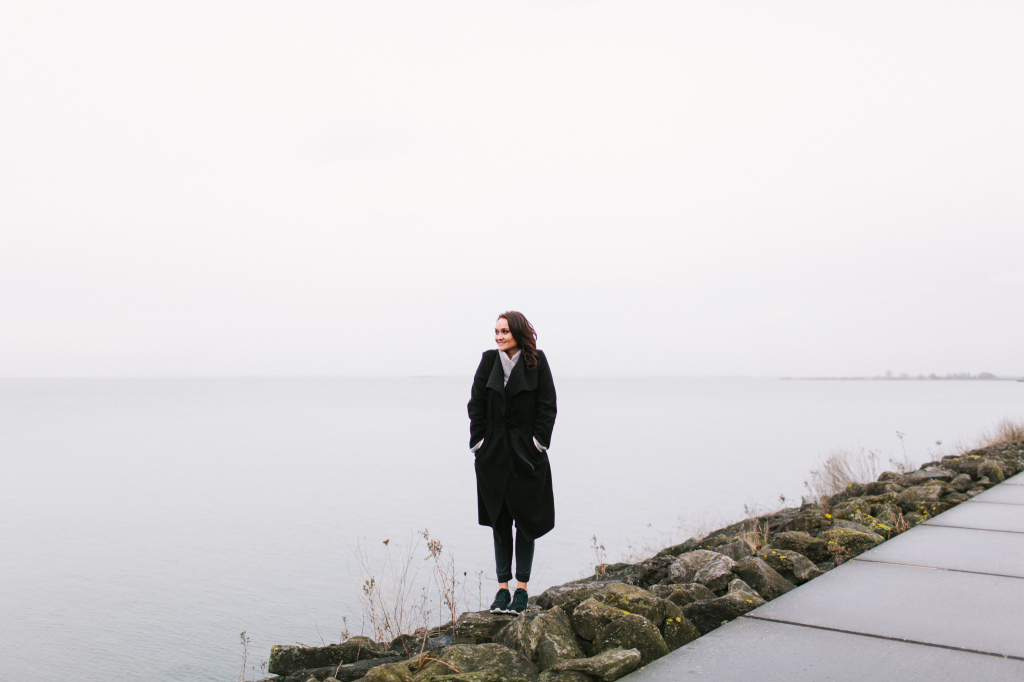 Then I discovered a very nice city beach 20 minutes away from Amsterdam Central Station called Blijburg; in the summer I would take the bus with my friends to have a good time. They were building new apartments around Blijburg and I was just smitten by the nice and spacious environment and the austere design of the buildings, so I decided to move here seven years ago. I love the city center but I really wanted to live in a new built house. I don’t want to worry whether everything functions properly, and I want the comfort of central heating, double glass and a spacious home. I liked the fact that IJburg was new and shiny. 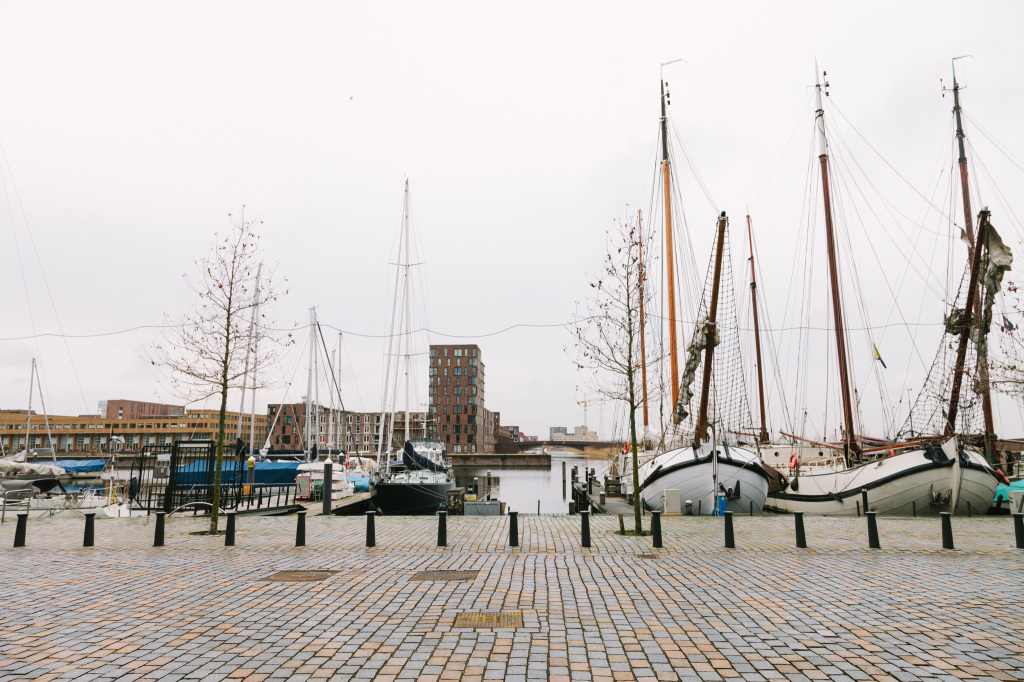 IJburg is relatively remote from the rest of Amsterdam, how would you describe the spirit of the neighbourhood compared to the rest of the city? To me personally it’s very sociable and friendly. It’s kind of like a village but with the Amsterdam mentality. Especially since my son started going to school my idea of IJburg has reinforced those feelings. When I first moved here, I found it a bit boring compared to the center, but through Kaya’s school I got to know other parents and we all look after each other’s children. There’s a real sense of a community spirit. When I need to do some grocery shopping there are six moms or dads on standby yelling “ Go ahead, take your time we’ll look after Kaya”. Those are the little things you really start appreciating when you live here. 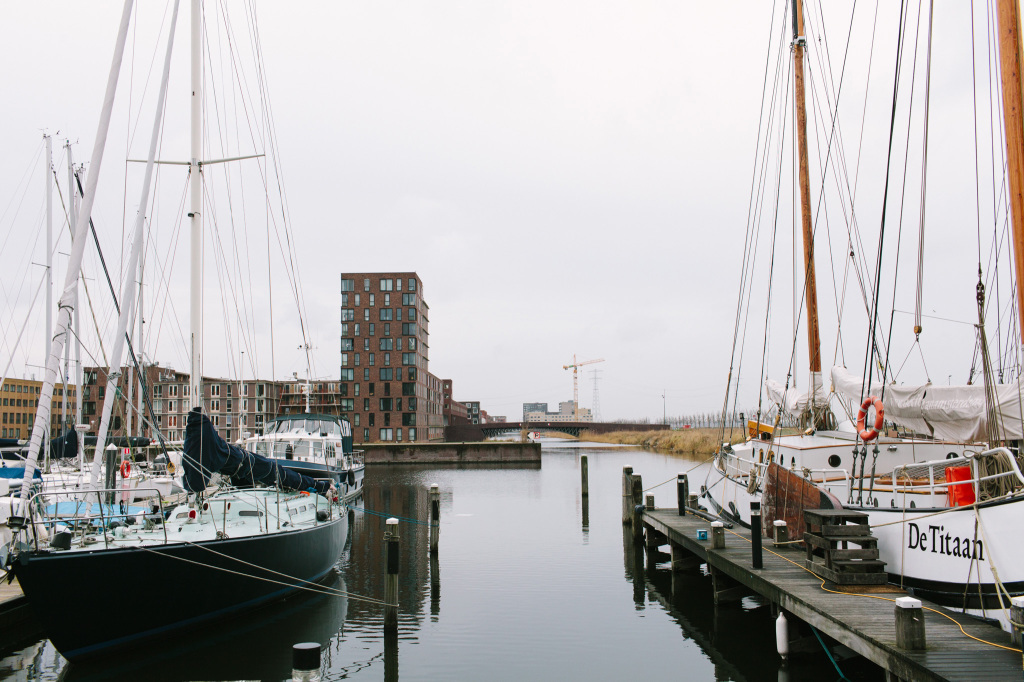 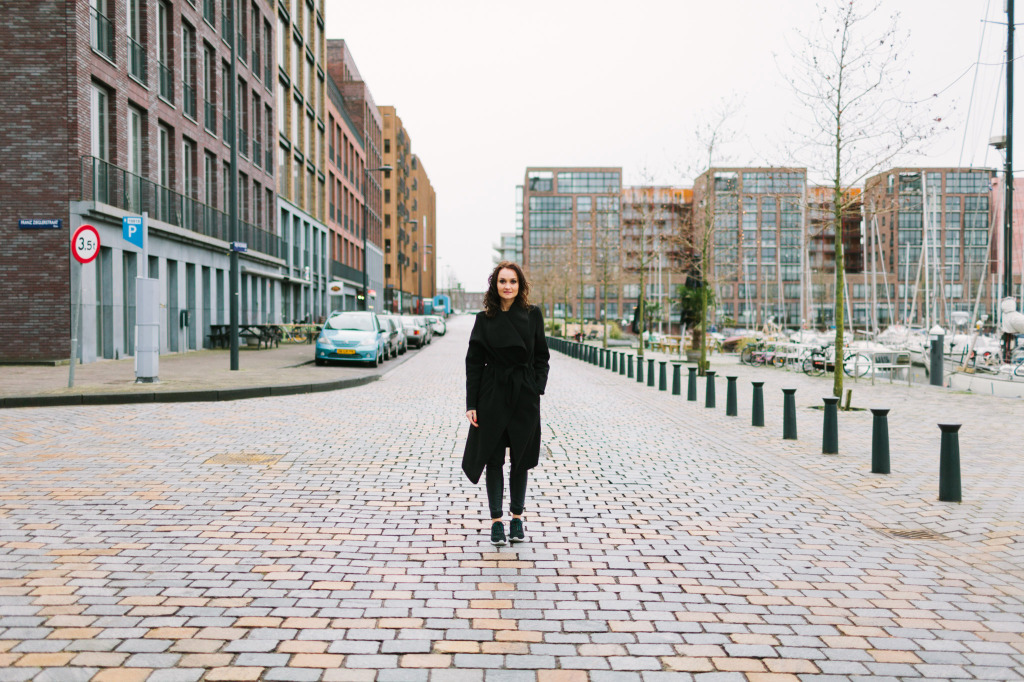 Funny that you mention IJburg does have the Amsterdam mentality, many Amsterdammers criticise IJburg for being off the grid… Yeah, I kind of get that. It’s true that it could also have had a sign saying Diemen or Weesp, BUT it is a fact it’s Amsterdam [laughing]. You can tell by the people who live here, they’re mostly Amsterdam locals who were first-time-home-buyers, or people who wanted to have more space without having to move away from the city, or people like me who wanted to live in new built houses. We’re Amsterdammers who enjoy the best of both worlds. 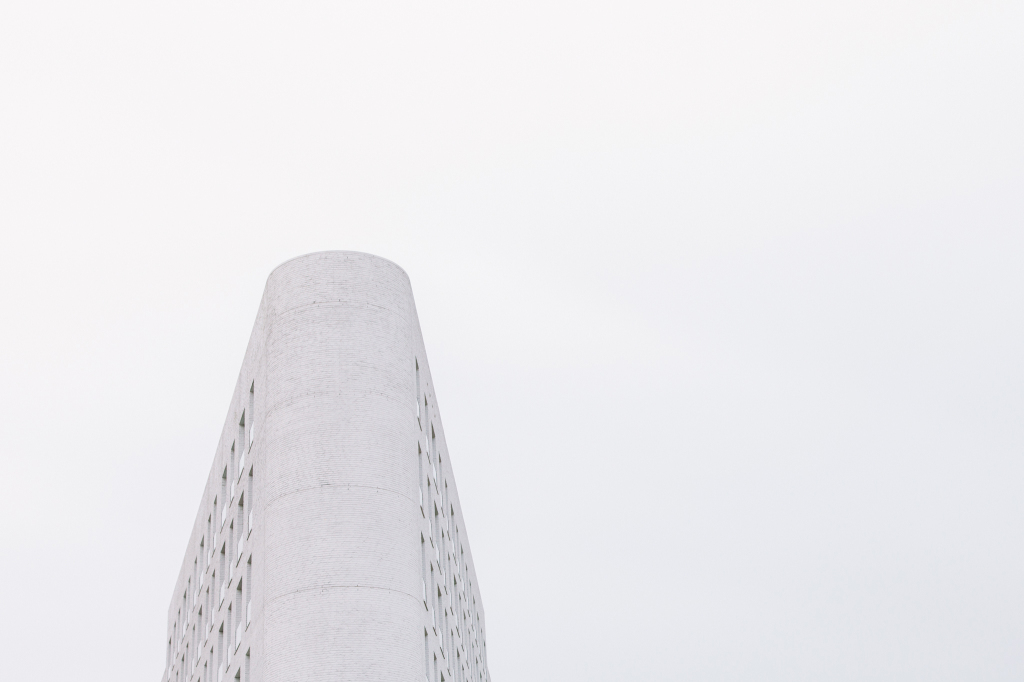 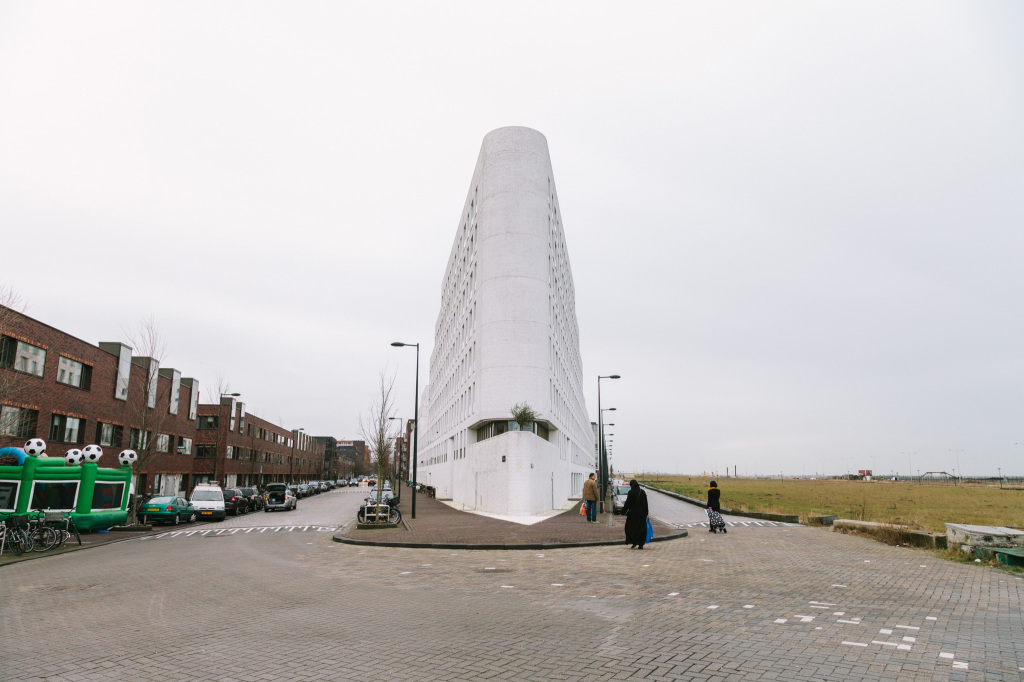 IJburg is the youngest part of Amsterdam, you must have seen it growing and evolving? Well yes but it’s a bit ambiguous. IJburg was meant to get an upperclass vibe. Some of the house buyers felt cheated because in the end social housing and property-owned houses got intertwined. There is a mentality difference between buyers and renters and some parts of IJburg began to look somewhat shabby. Me personally, I like the mix of classes and cultures, but not everyone can appreciate it. 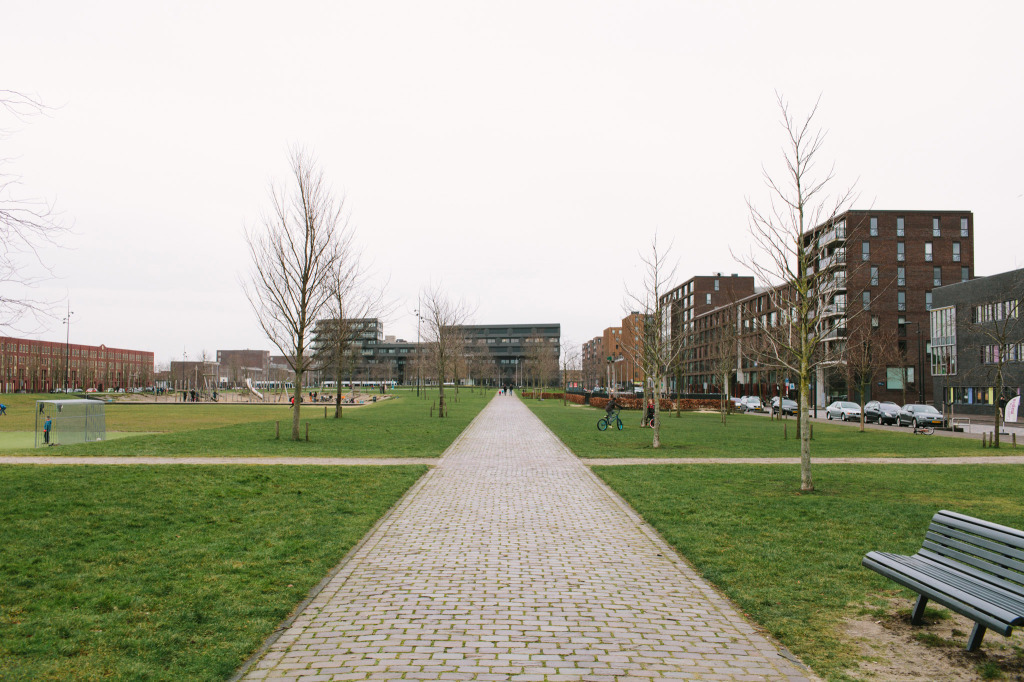 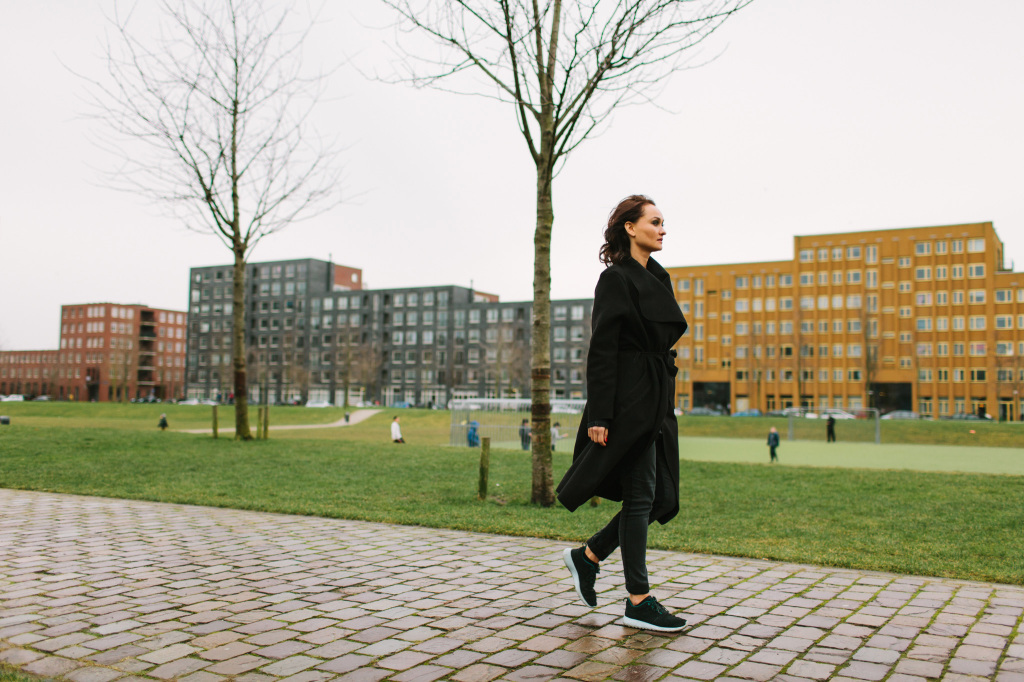 On the other hand, shop owners are also struggling to survive. I’ve seen a lot of businesses come and go, there’s just not enough traffic to sustain all of the entrepreneurs even though they have unique and lovely stores. They all try to support each other, but there are always a few who just don’t make the cut. 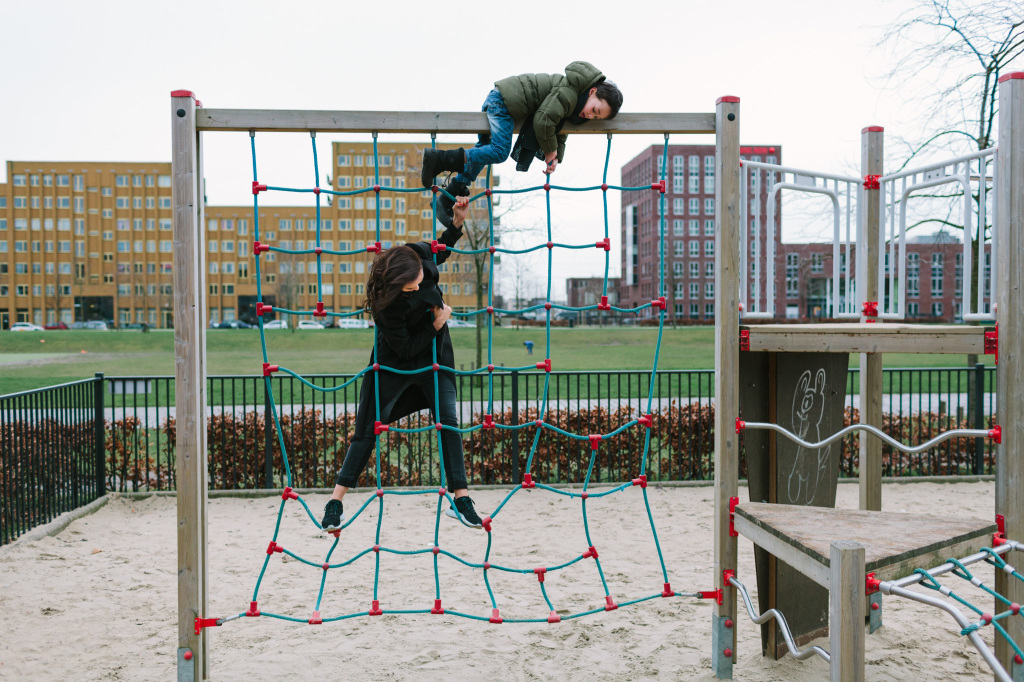 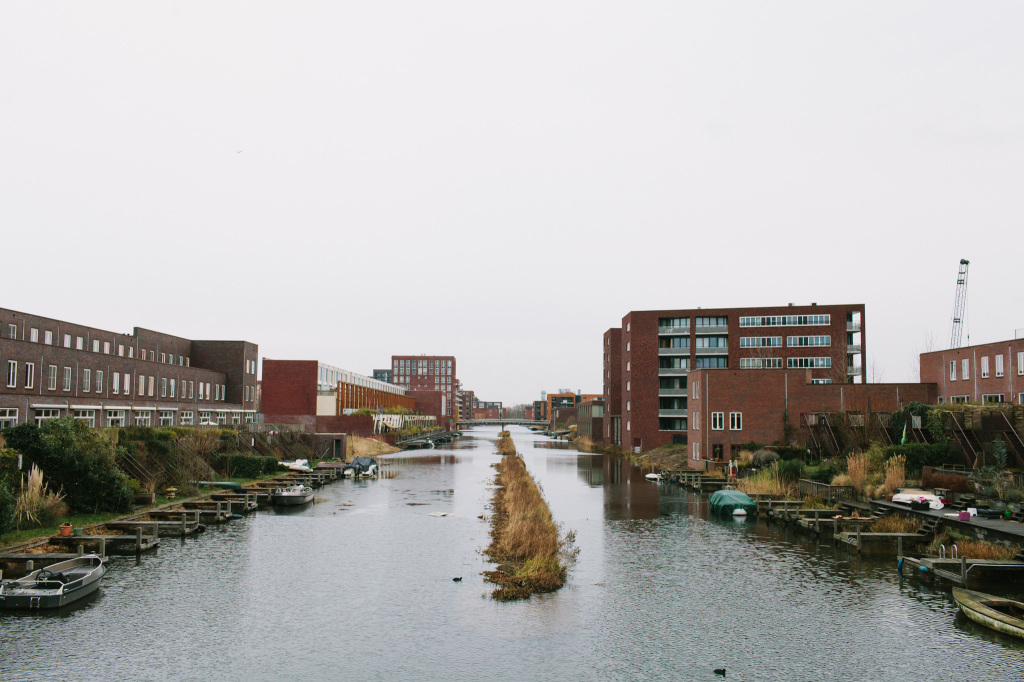 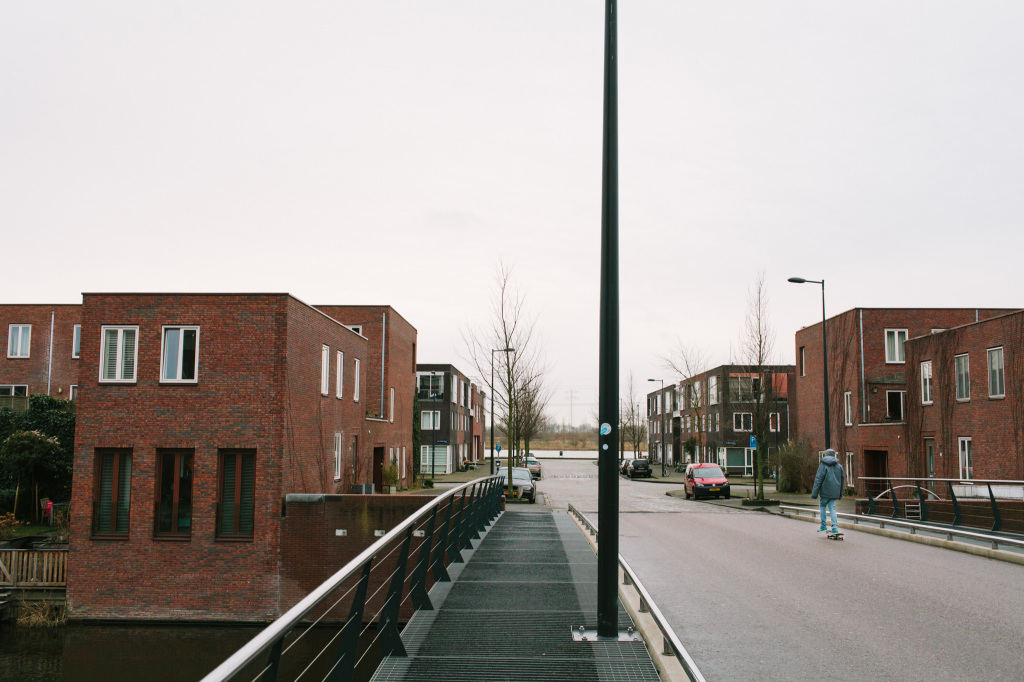 Why should people visit IJburg according to you? IJburg is really at its best in the summer! You can make a beautiful bike ride via the bridge from East-Amsterdam and make a stop at Diemerpark for a picnic, a run, a swim or just to enjoy the greenery. But it’s also great to come here by boat and enjoy one of our festivals such as Haven Festival or my favourite,  Costa del Sol. IJburg is a great place to take your kids to. It’s kind of like going away for a day, without actually leaving the city. 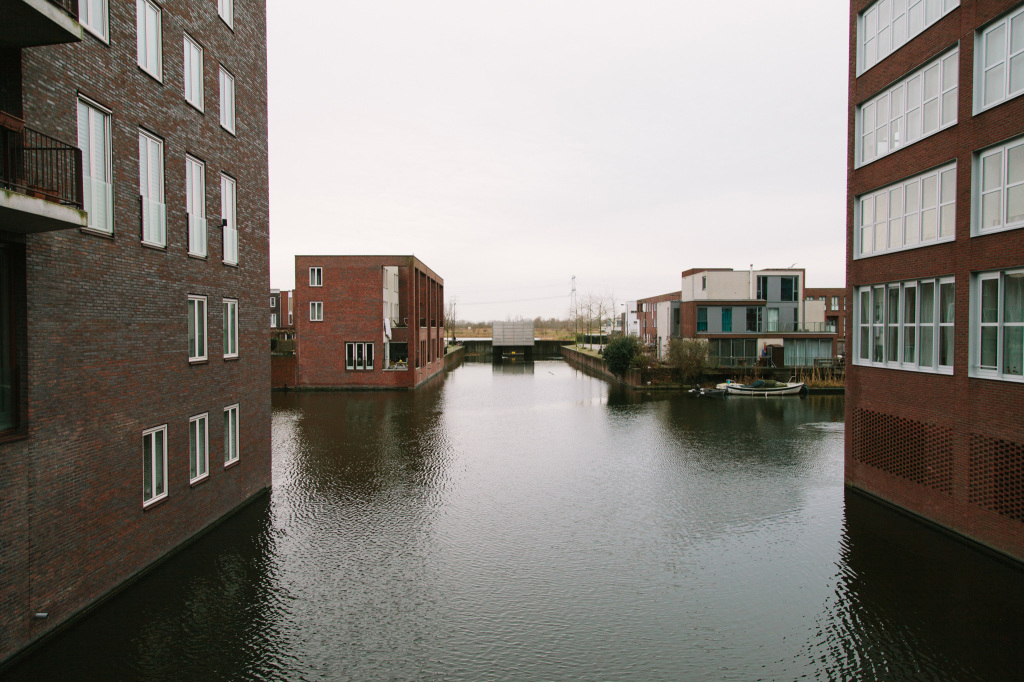 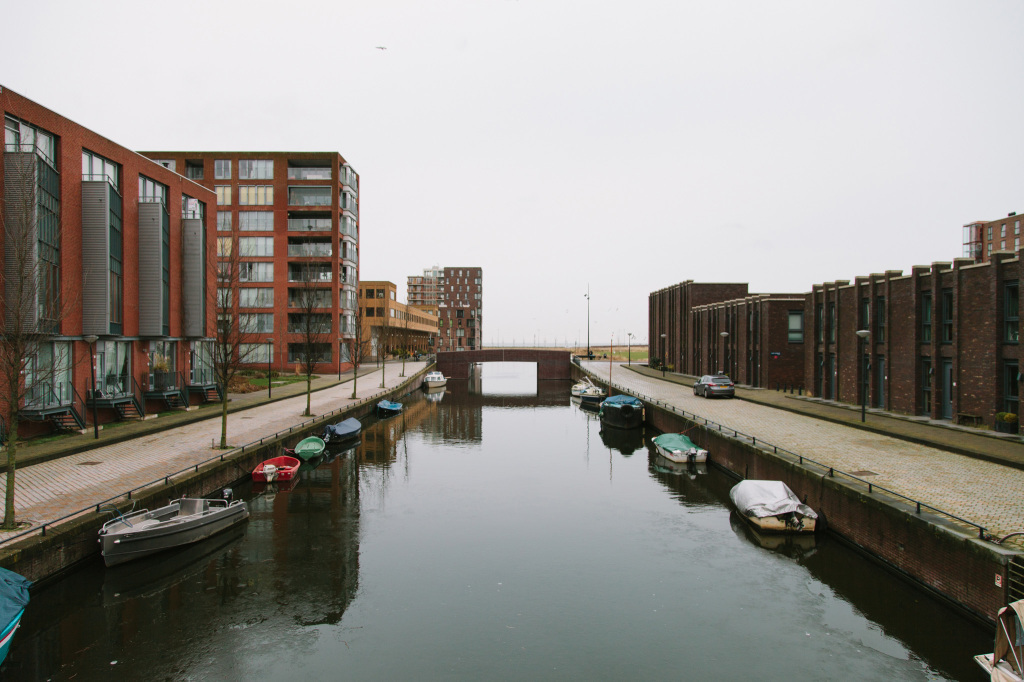 Lastly, where can we get a good cuppa coffee around here? Espressofabriek! They have great quality coffee and a broad variety of coffee, you can even get a maltesers latte. They bake great cakes and it’s a good location for me to sit with my laptop and write new blog post entries. 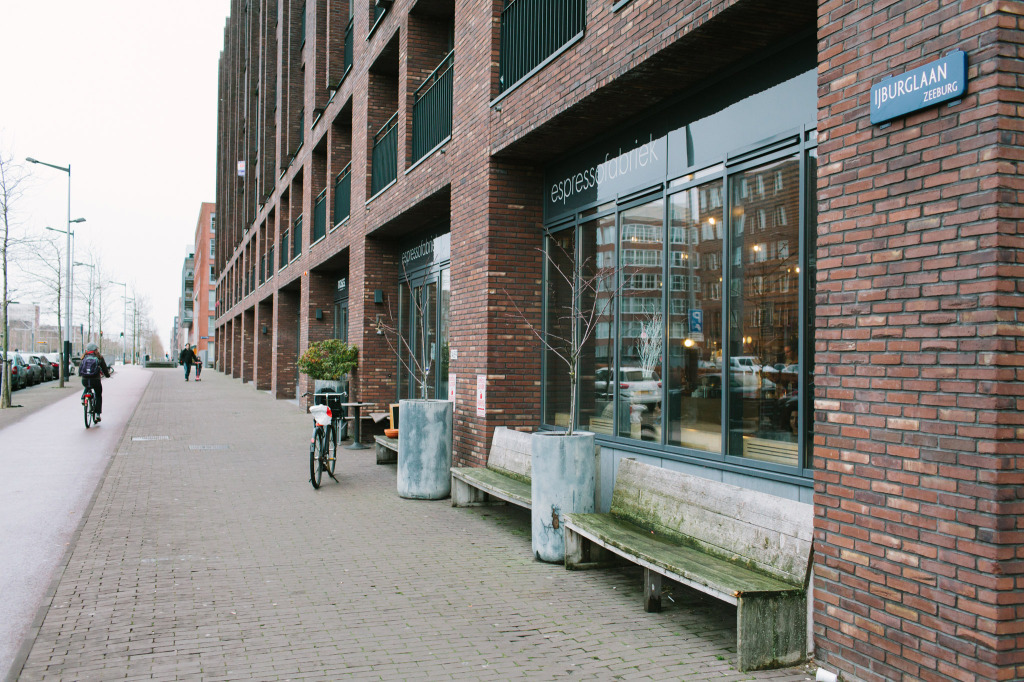 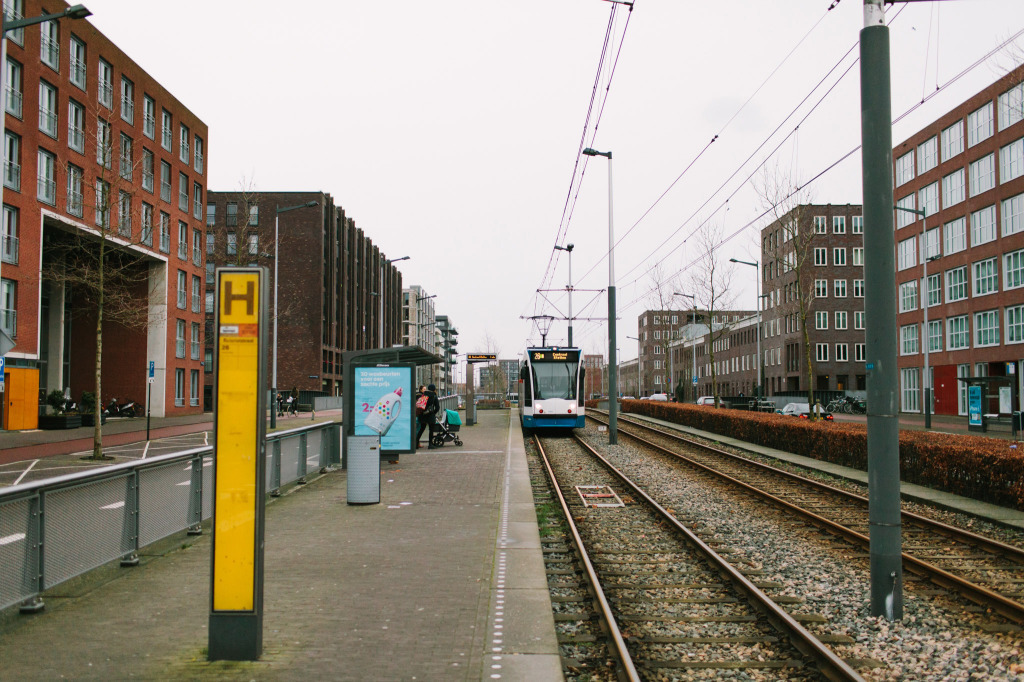 Thanks for guiding us through IJburg Thirza, we'll be back in the summer for a dive in the lake. Follow Thirza on Instagram or read her glammy healthy lifestyle posts on Girls Love Healthy. A special thanks to on a hazy morning for capturing Amsterdam's micro-neighbourhoods with us, follow their visual journey together with 22K other followers on their Instagram. - Mio -