The Unanswered Mysteries of Turin

Let's explore Turin's conflicts between the forces of good and evil: the Devil's Door, the Gates of Hell, the legends are so ancient that the whole city can be viewed in terms of mystery!

Since settling in Turin, my Saturday morning routine has never really changed. My alarm clock is set for 8.30am, no matter the amount of wine I had the night before. After a hot shower, a coffee on the go, and a three-beep sound that unlocks the bike from its parking dock, I’m finally off to go. How I make the most of my weekend is to discover at least one thing new about the city; whether it’s a building, a shop or a detail of a facade, all the things I would never notice during my daily hectic bike ride to work.

Saturday means paying attention to the expression on the faces of statues, the shape of old doors handles, the purpose of this or that historical building. Saturday is about asking what’s this and what’s that, and today’s one hour and a half bike ride tour is about finding the answers to these questions. 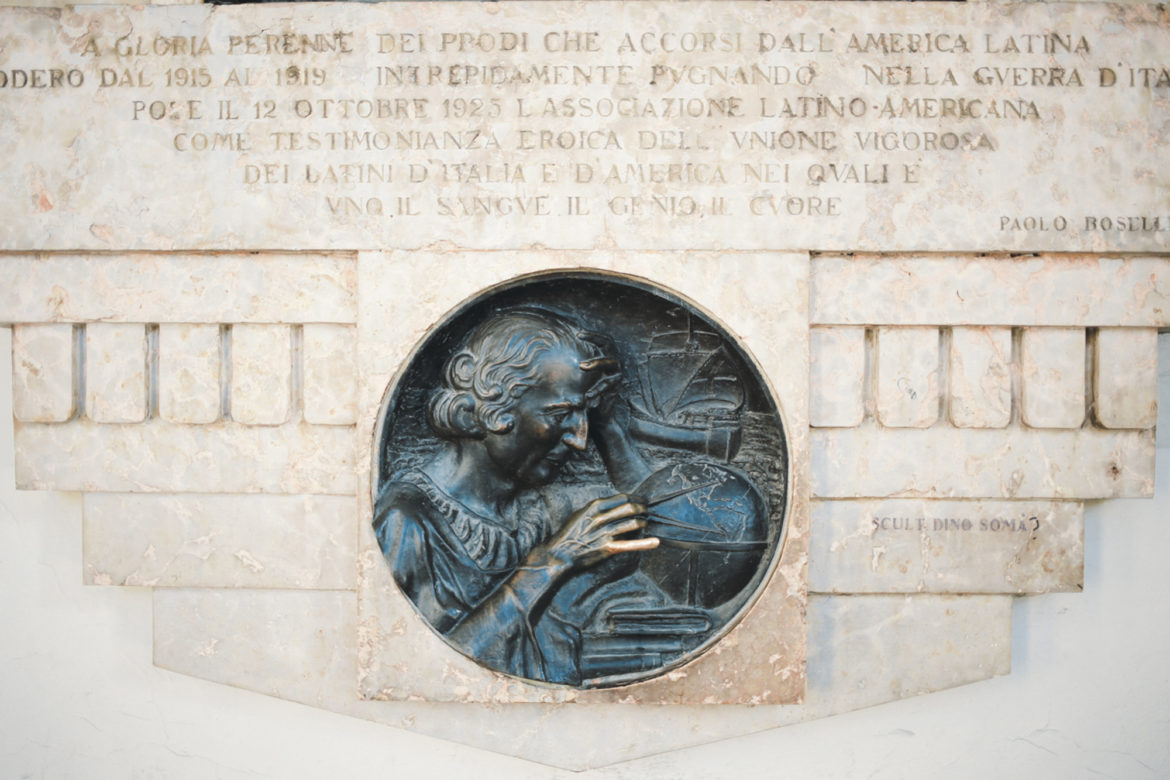 Before sailing on this new adventure I indulge myself in a bit of superstition. I find myself in front of Christopher Columbus’ bronze medal in Piazza Castello. His right hand’s pinkie sticks out of the sculpture and as tradition recommends, a quick rub is what you want to do if you’re looking for a dose of prêt-à-porter luck. Columbus’ little finger looks shiny and highly consumed, so maybe it actually works. 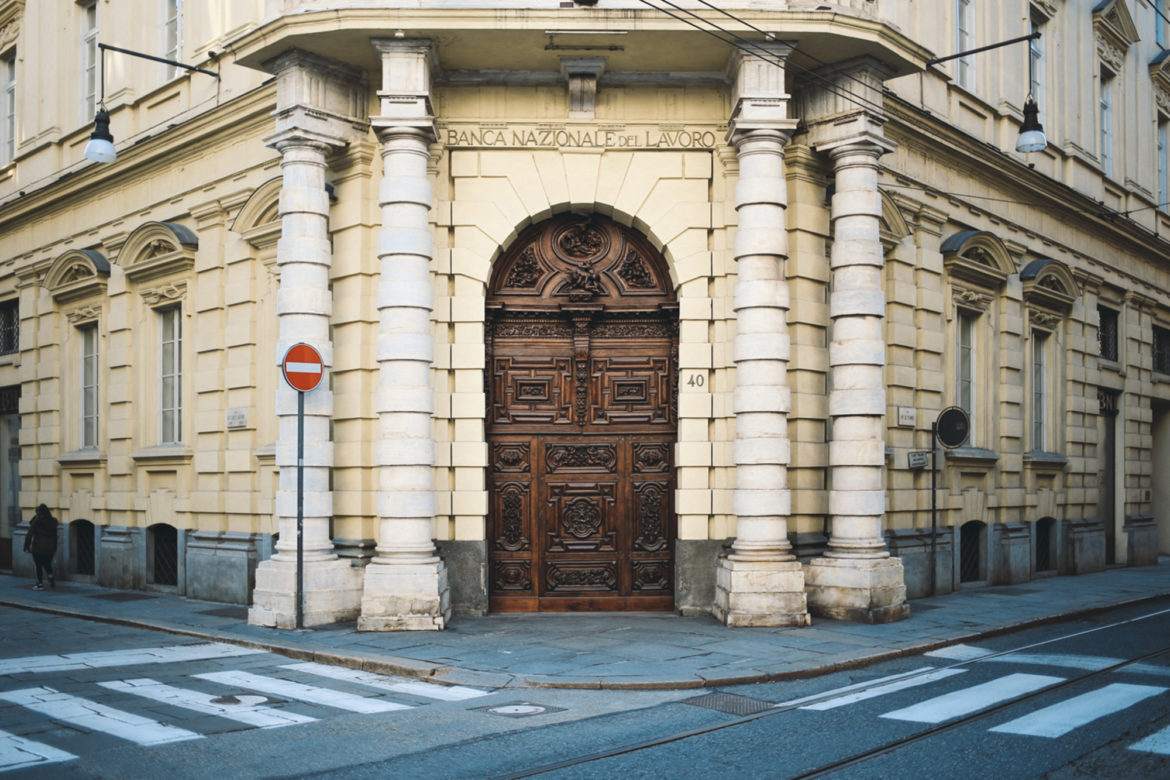 Why is the door of the National Workers Bank called the ‘Door of the Devil’?

Luck might be exactly what we need as we approach our next stop, one of the darkest places in the whole city. It’s no wonder there’s a door called the Devil’s Door - which is considered one of the three cities of The Black Magic Triangle, together with London and San Francisco. It’s probably not a coincidence that this building was previously a tarots factory, and its original street number was 15, the number that corresponds to the Devil Major Arcana. 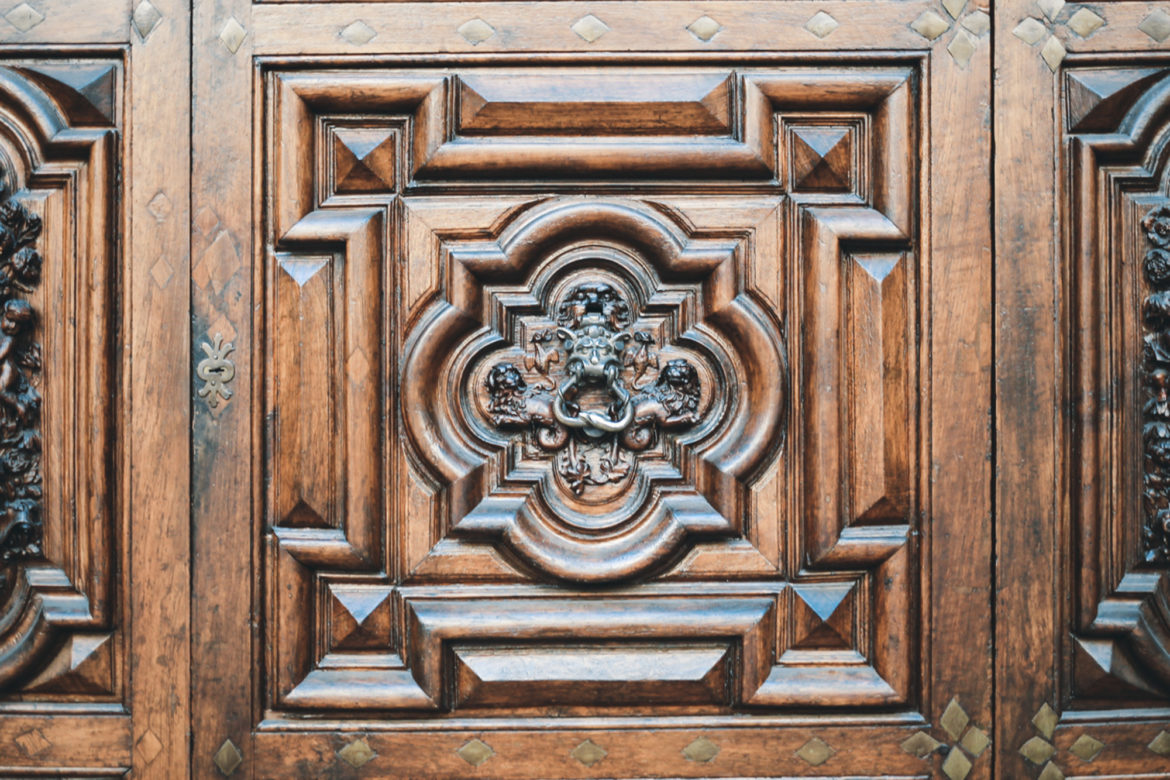 History has probably lost count of all the restless souls trapped in this mysterious building, throughout the past centuries, but we can still list a few. A sorcerer’s apprentice, trapped by the Devil himself behind the door handle; the ghost of a dancer, stabbed to death during a masquerade ball; a French Major who entered the building for a quick meal and never got out (but his body was found 20 years later, bricked up into a wall).

Who is Ebe de Marivaux writing to?

One of the mysteries that still remains unanswered is the meaning of the little hand holding a letter, hanging from the top of one of the front doors on Corso Matteotti. It’s such a tiny detail that gets lost in sight amongst the chaos of the city (or perhaps it’s just because it’s half-hidden behind a bus stop). 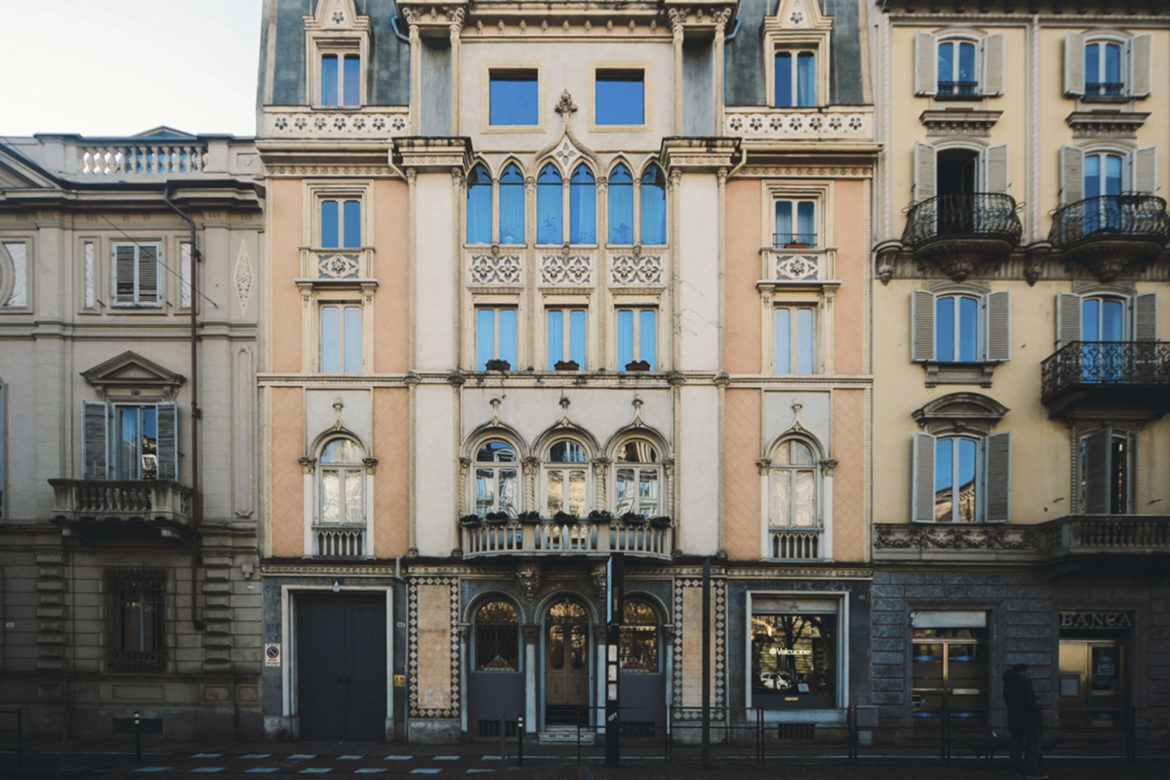 The legend says the hand belonged to a beautiful courtesan that used to live in that building. Because of her beauty, she attracted the attention of a rich Russian financier, whom she only loved until the day he lost all of his money. The man, after seeing her with another lover and blinded by rage and jealousy, threw a knife at her right in front of this building. We know that the knife never reached her but instead, struck a tree nearby. What we don’t know is how the story ends and looking for the answer in the letter that the hand holds isn’t going to help us either. 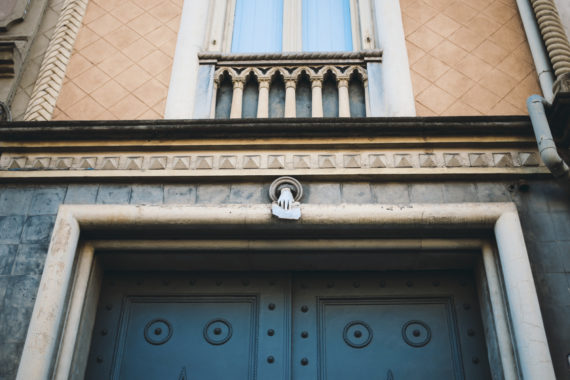 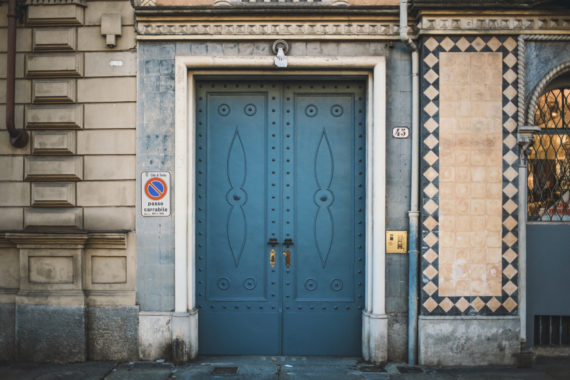 What is a man doing on top of Casa Riva?

There’s something creepy about a white statue of a man standing on top of a tall, rationalist building (which was supposed to be a common residential neighbourhood). I mean, think about finding yourself wandering through these streets at night and looking up to see such a scene: wouldn’t you scream? 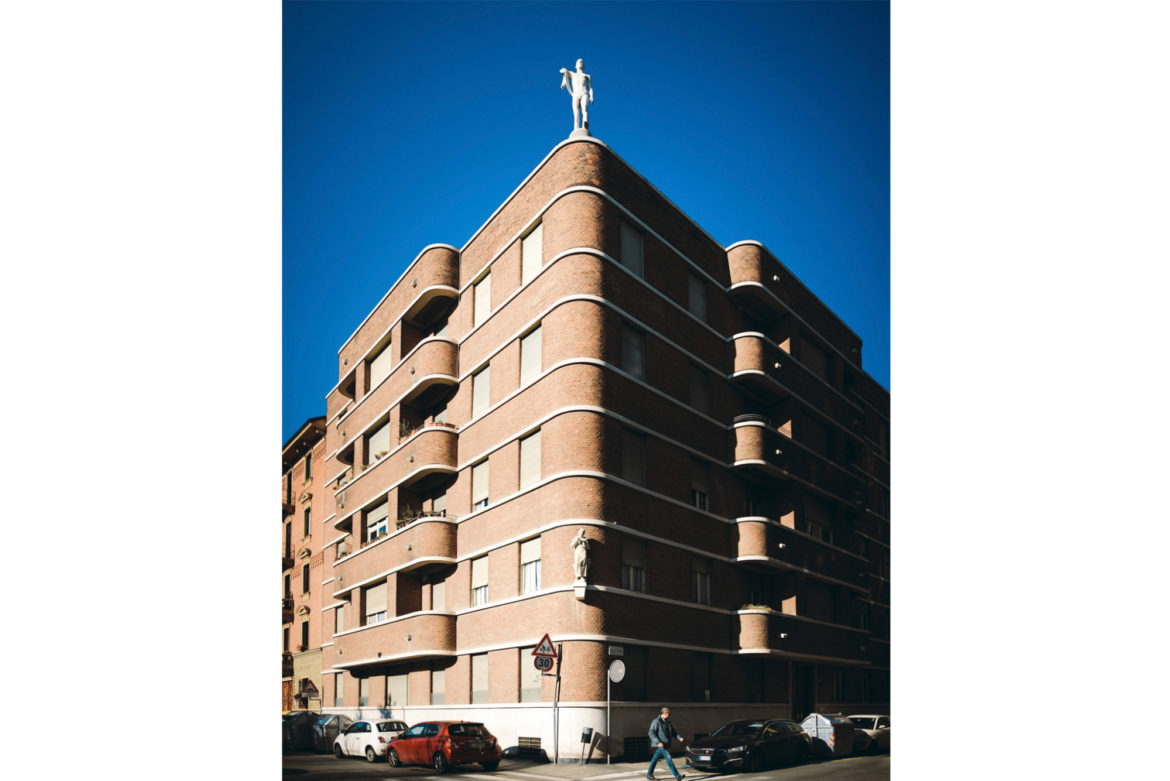 Fortunately, it’s still early in the day and the light lets you see it’s just a statue. But why would anyone put such a creepy item on top of that building? The answer isn’t that difficult to find. The extreme rationalism was highly influenced by the fascist period, and so the statue and its Roman salute pose was a tribute to that. Anyway, as soon as the Fascism regime collapsed, someone vandalized and mutilated the statue, removing the right arm.

What a spooky look into the mysterious houses of Turin! Big thank you to Le Strade di Torino for these insights. For more stories on the architecture that make our cities, grab Issue 1 & 2 of our print journal. You won't regret it! #acitymadebypeople 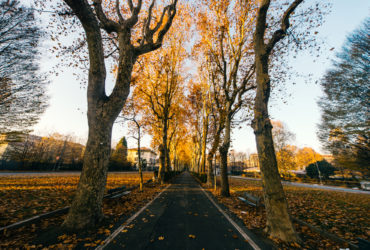 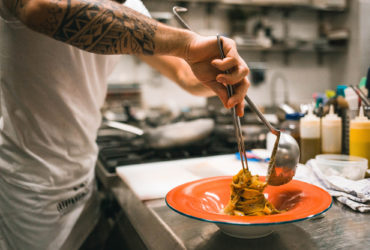 Food to Eat in Turin - Come & Explore the Piedmontese Cuisine 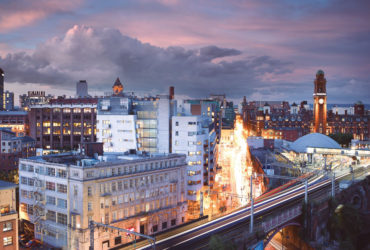