And there were… city beaches. A phenomenon that seem to have been popping out from nowhere; it’s the perfect solution for city dwellers that don’t want to make an all day beach trip.

When you think of Amsterdam you think of canals rather than beaches. Yet we caught up on this cosmopolitan trend that has been rising up in other European cities as well, such as Barcelona and Paris. The growing urban beach culture in Amsterdam is a fact. We now have over 10 artificial city beaches that vary in size, target group, reachability, and bustle. On the contrary to natural beaches, the focus isn’t on swimming, or a natural environment, but it’s more about relaxation, tanning, social events, culinary bites and drinks with friends.

In fact most city beaches don’t even allow swimming. Large ships passing by, strong currents, bad water quality.. these all literally throw a spanner in the water.

Which beaches are our favourites? Here are a few that our locals love to hang out at.. 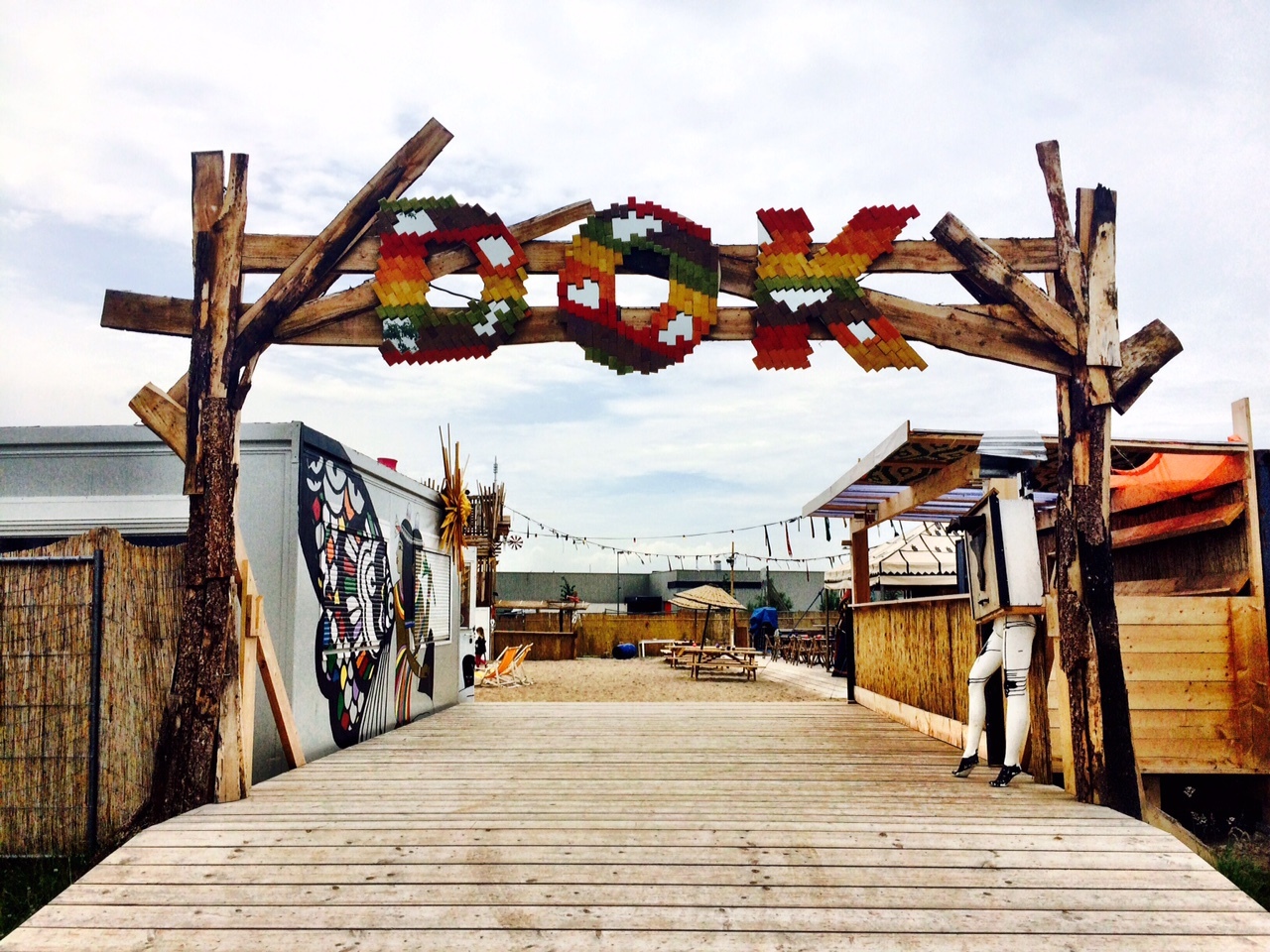 DOK is one of our latest city beaches and already labeled as one of the new hotspots. It’s the first city beach in the West side of Amsterdam and a place that’s meant for chilling, eating and drinking on hot city summer night. Or doing yoga in the sand, or jumping the trampoline with your kids. Unlike other city beaches, this one isn’t located at the water. 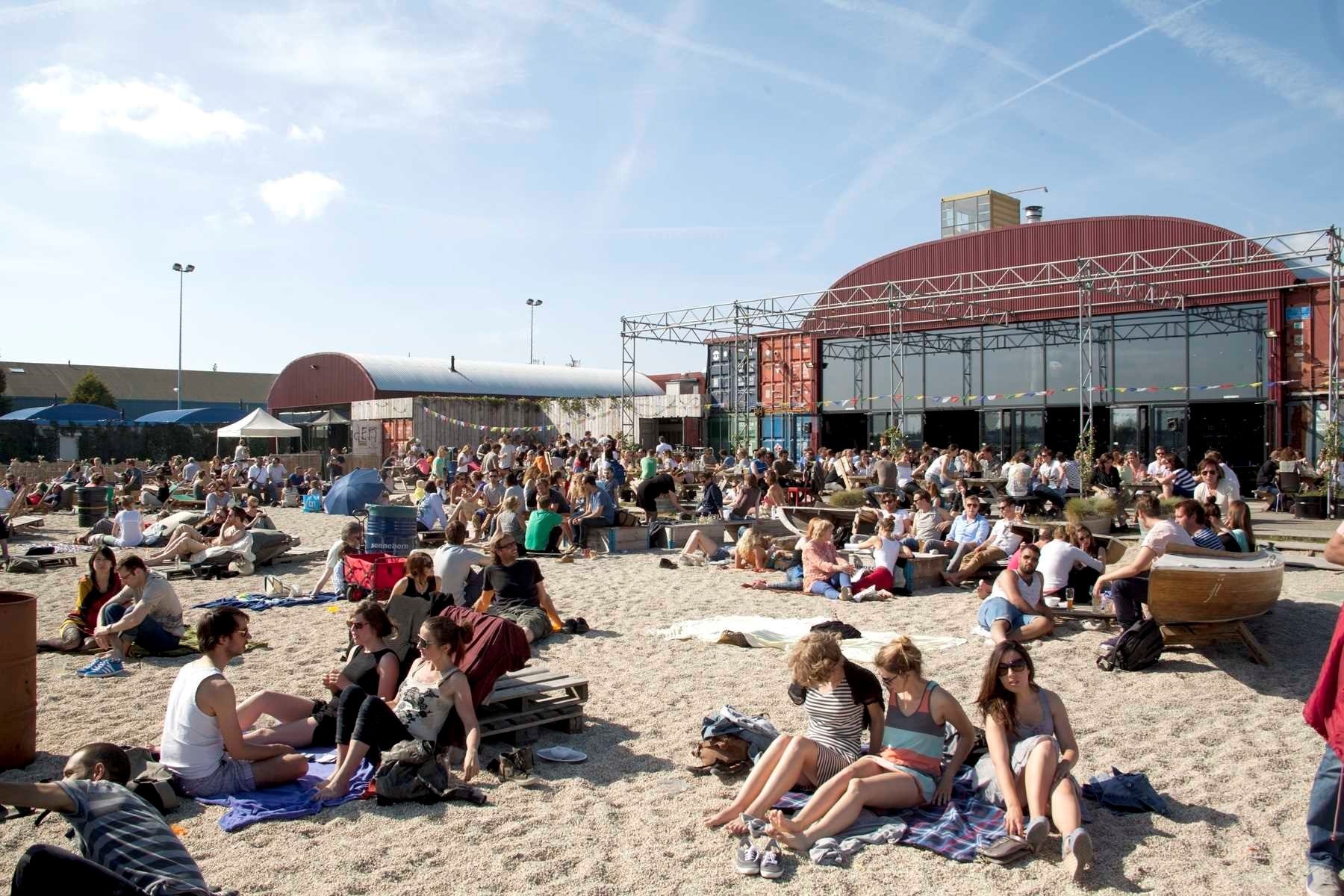 PLLEK has a phenomenal view over the IJ-river and the ‘skyline’ of Amsterdam. It has a raw industrial feel and attracts a very diverse audience, from neighborhood locals to young creatives. Restaurant Pllek serves a biological menu and hosts many events, from outdoor movie nights to parties around their bonfire. 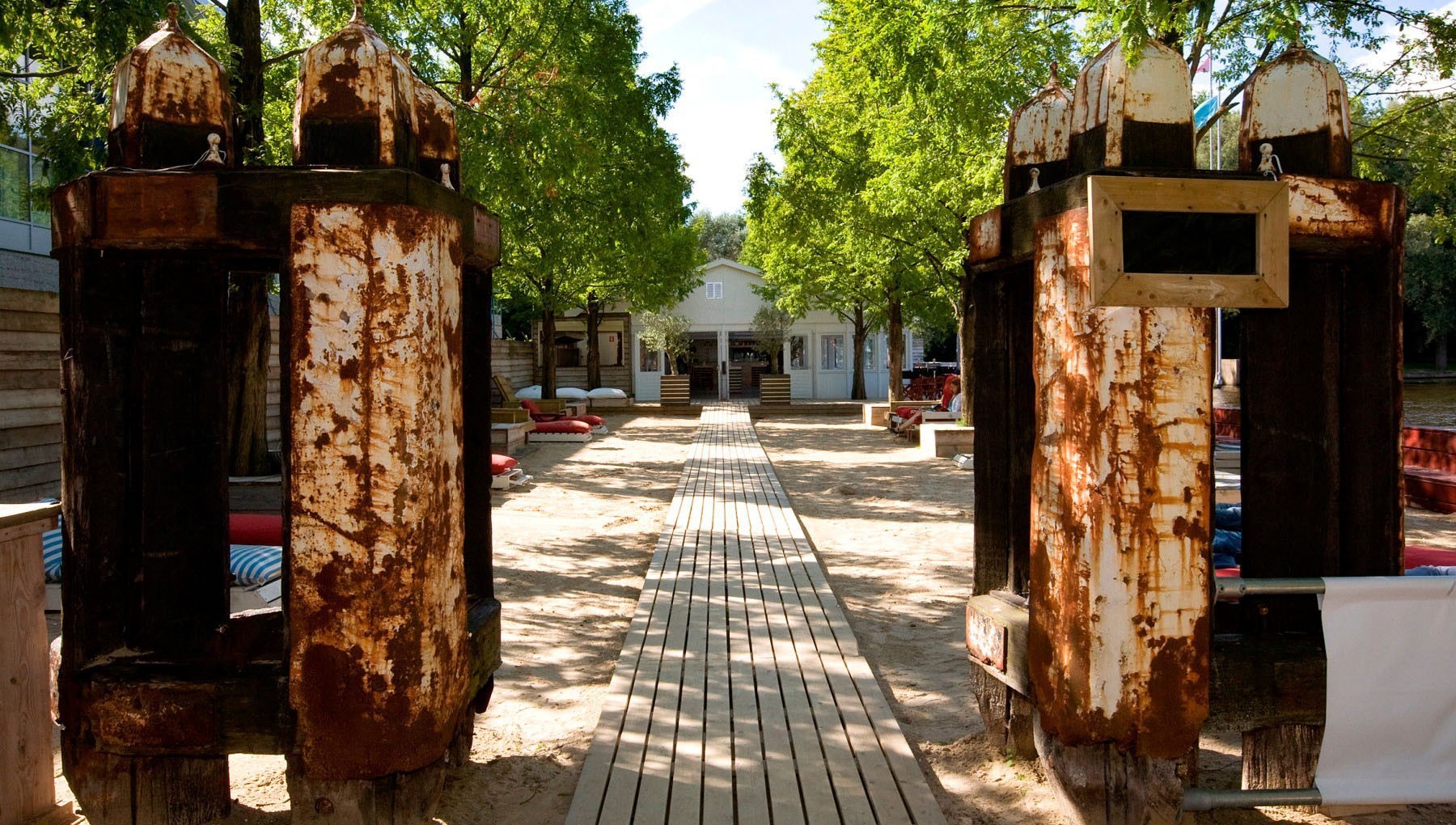 Strand Zuid is known for its events and restaurants. It’s a 2000 square meter ‘beach’ located near congress building RAI. It makes Strand Zuid a perfect mix for leisure and business. Enjoy the German beer garden or relax at the Beach House or on the Party Beach. Also great for organizing sunny (business) events. It has been a popular place for its locals over the past 10 years! 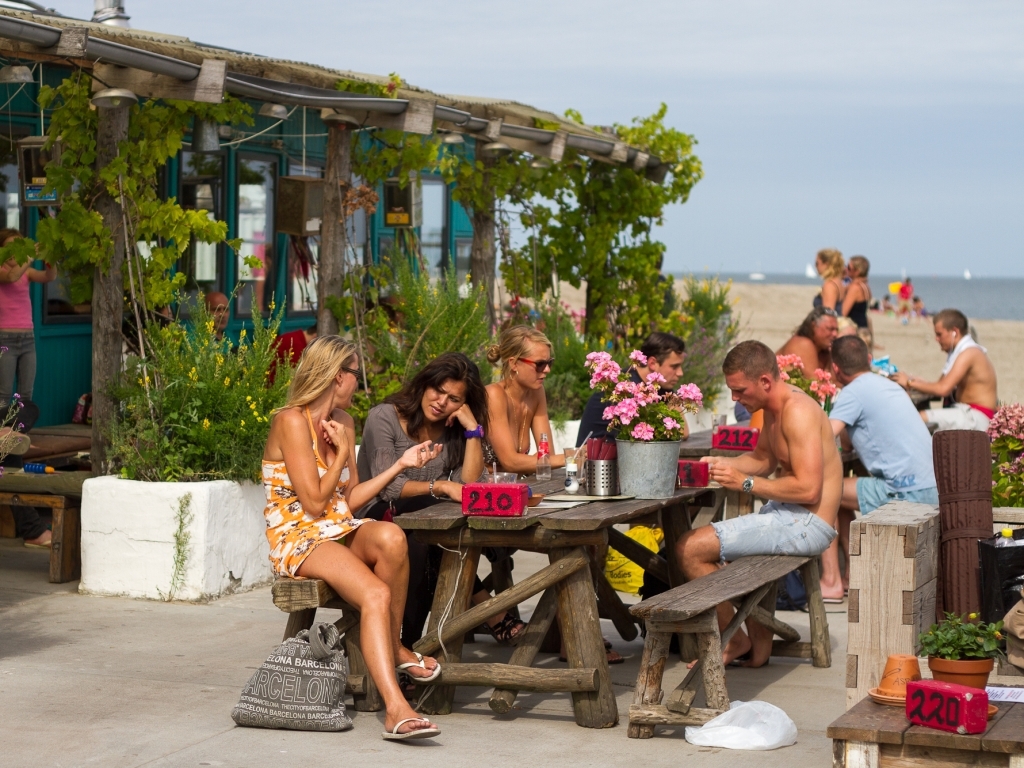 Over the past years Blijburg had earned its stripes as one of the best city beaches of Europe. It’s perfect for families with kids, with lots of activities yet its laid back bohemian vibe comes even more alive after dark. With DJs, beach parties and camp-fires that continue until morning hours. Due to the relocation of Blijburg they’ve built a temporary Klein Blijburg (Small Blijburg) until their new big pavilion is finished in 2016. 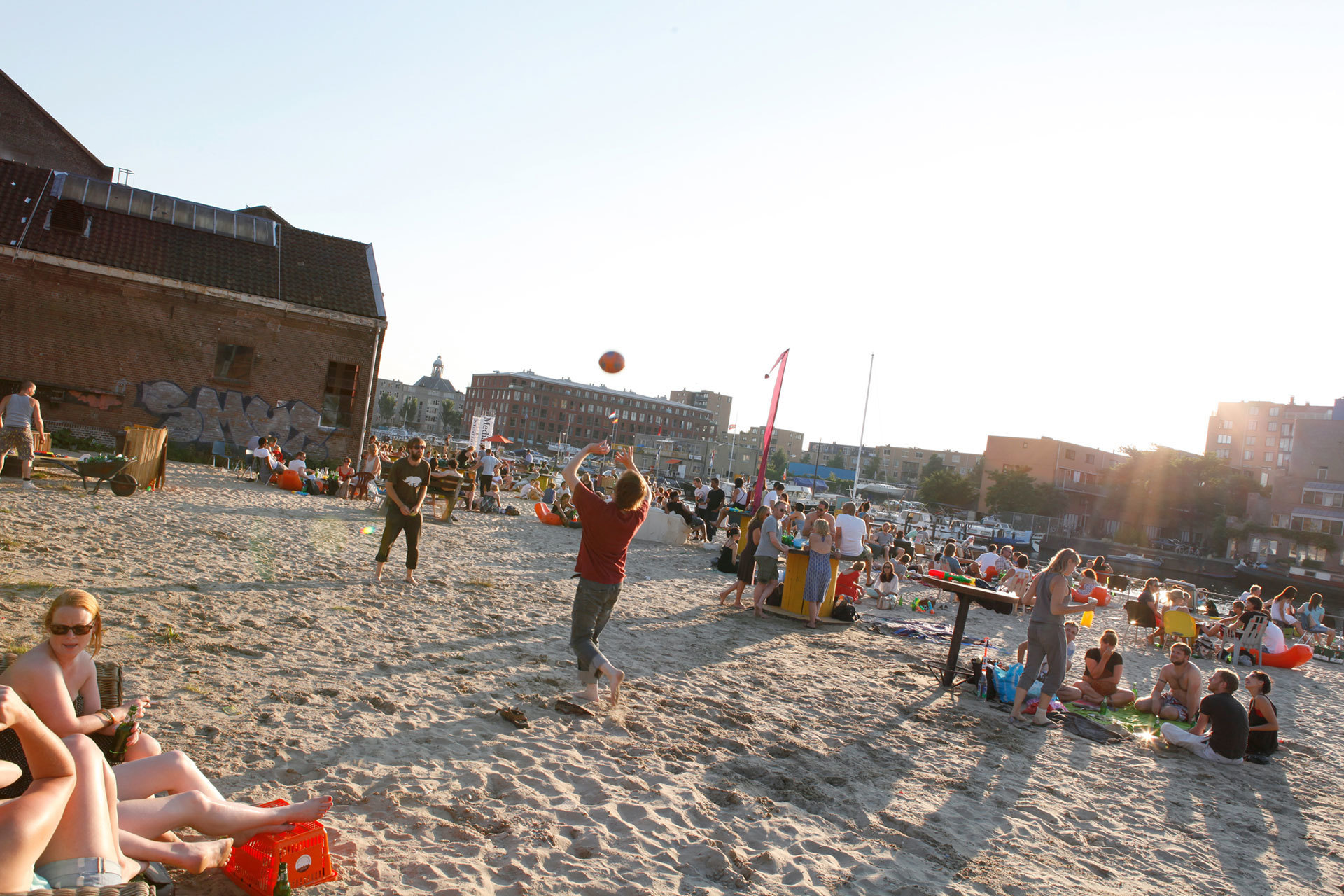 Amsterdam ROEST is creative refuge that has a lot to offer, including a very nice urban sandy beach. It's industrial, minimalistic yet warm and inviting. During the summer season they host outdoor movie nights such as Short & Sweet, but also DJs and live bands to spice up the night while having drinks around the bonfire.

If you don't care too much for traffic jams, a walk in the dunes or actual swimming in the sea. Urban beaches are a great way to relax on a sunny day or summer evening with your family or friends!