Remember our previous article about the colourful Wijdesteeg? An alley that is a true paradise for street art. Every day it attracts dozens of tourists and locals who want to see and experience it. Wijdesteeg is part of the so called Tabakspanden (Tabak Buildings) that is being threatened with eviction. Is it going to be a future gentrification of the area? 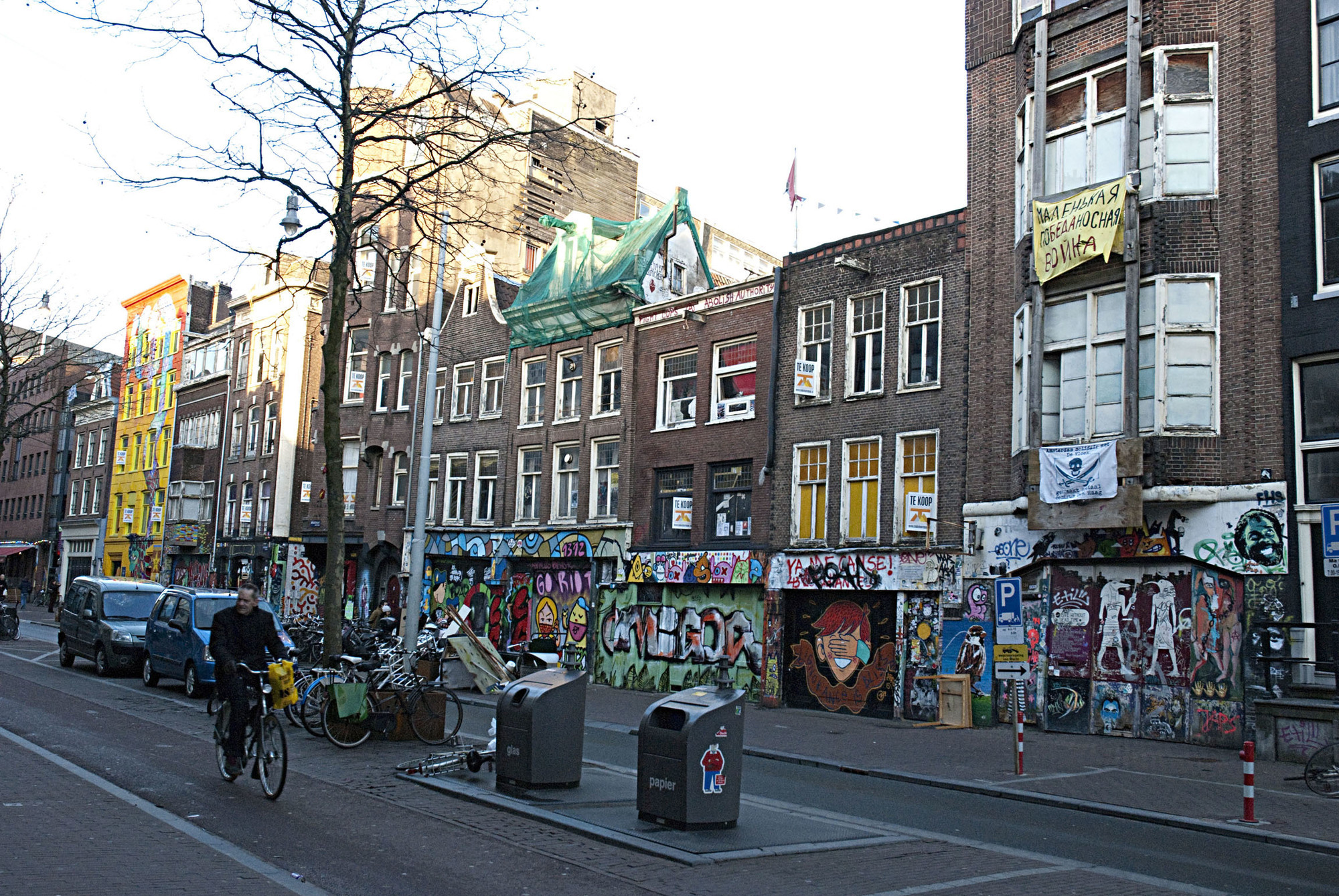 The Tabakspanden have a very rich history. In the early 70s it was owned by Hendrik Tabak, an influential businessman, who owned several houses in Amsterdam. An unfortunate tragedy happened in ‘74 when Mr. Tabak got attacked and robbed from his wallet inside one of his buildings on Spuistraat. As a result of his injuries, he died a week later in the hospital. From that moment on the buildings were given the name 'Tabakspanden' (tabac buildings).

One of the buildings that’s now known as ‘Slangenpand’ (Snake Building) stayed empty for years, until it became a squatter’s paradise in the early 80s. Slangenpand got taken over by squatter Jacques on 6th March 1983, and he still still lives there today. He always found this part of Amsterdam quite charming. “It is such a difference from the nearby Palace on Damsquare. You can see it as a symbol of freethinking and tolerance in Amsterdam." 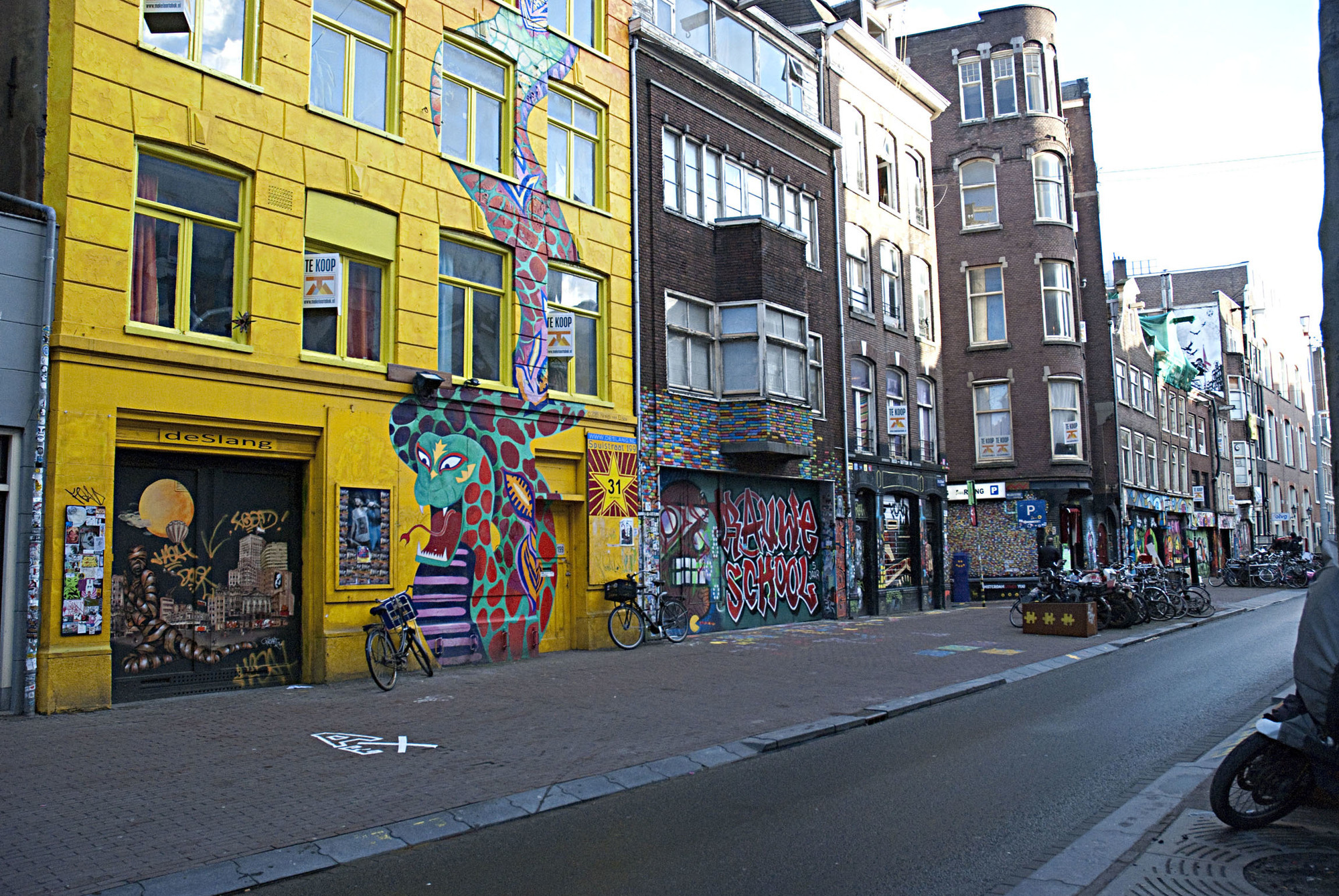 A new owner for Tabakspanden

32 years later most buildings are still officially being squatted. The Tabakspanden have had 8 different owners in the past 30 years. Some of them were notorious real estate brokers, slash criminals. Then 7 years ago, the Slangenpand residents read about their new house owner in the newspaper, housing association De Key. A good sign at first, as they are known for offering low cost housing. Or not…? 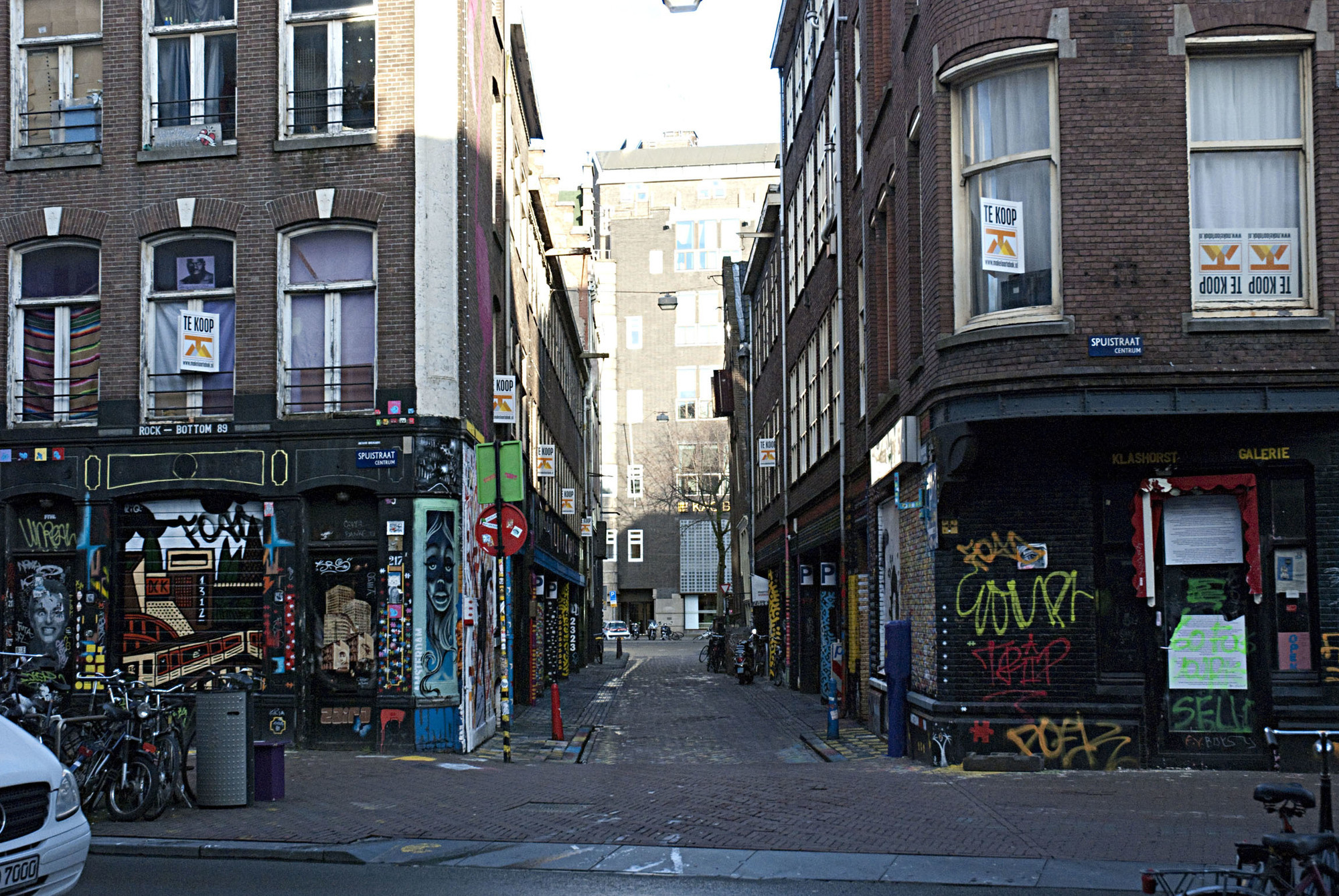 Two years later, when the anti-squatting law changed and it became illegal, De Key presented their big plan for Tabakspanden on their website.  Because of the poor condition of the buildings, some of them have to be demolished and some of them will be renovated. The plan calls for 69 apartments, and also retail spaces that are going on sale. From the looks of it the area and its history as we know it will become like any other area in Amsterdam. 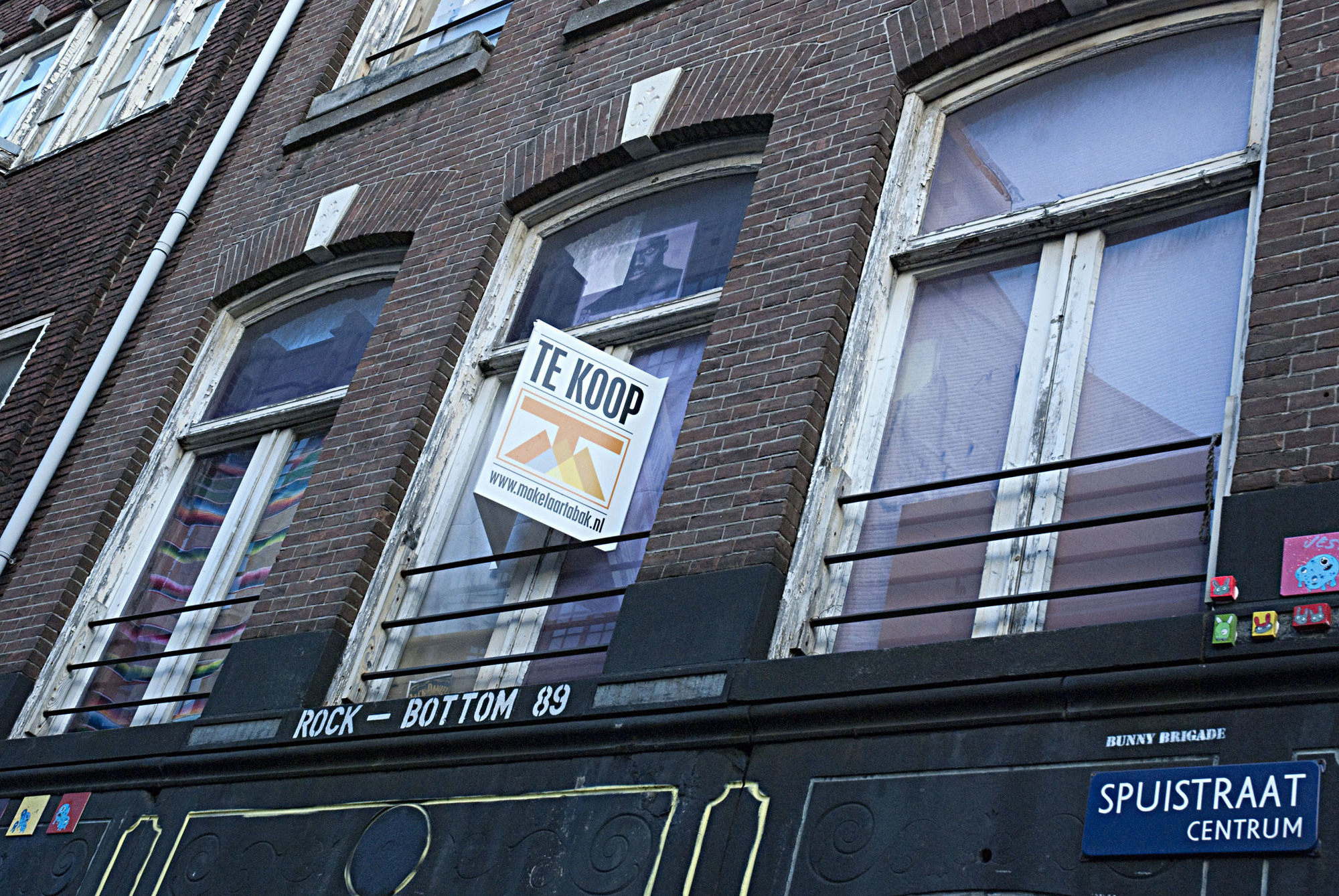 The municipality of Amsterdam has always had difficulties with this area. They never seemed to have control over it. Over the years Wijdesteeg/Spuistraat came to possess a lot of character. What makes it so different? Most people visit the area because of its street art explosion. And there’s always something being organized, such as: a gallery show at Peter Klashorst Gallery or an alternative movie night, just to name a few. 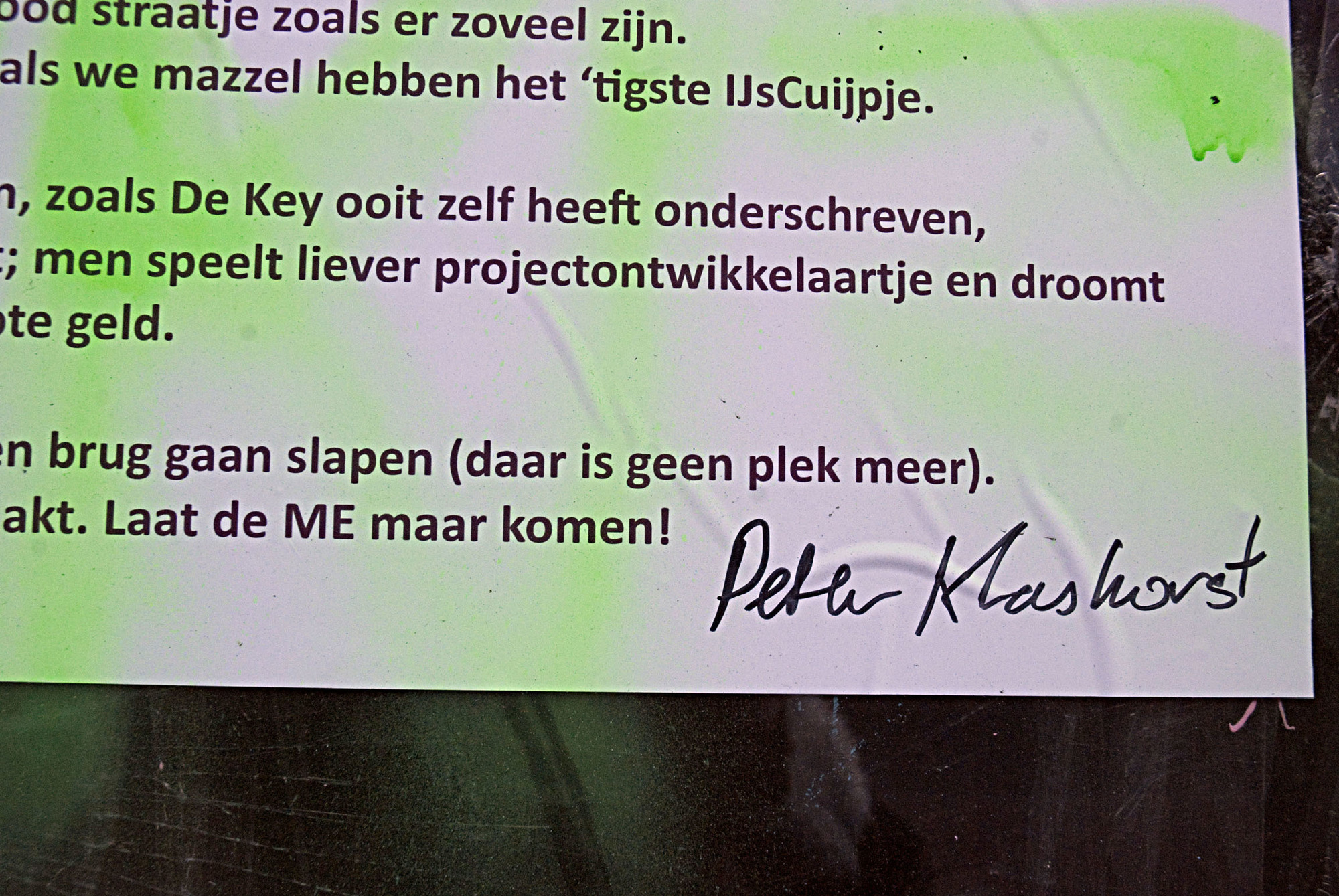 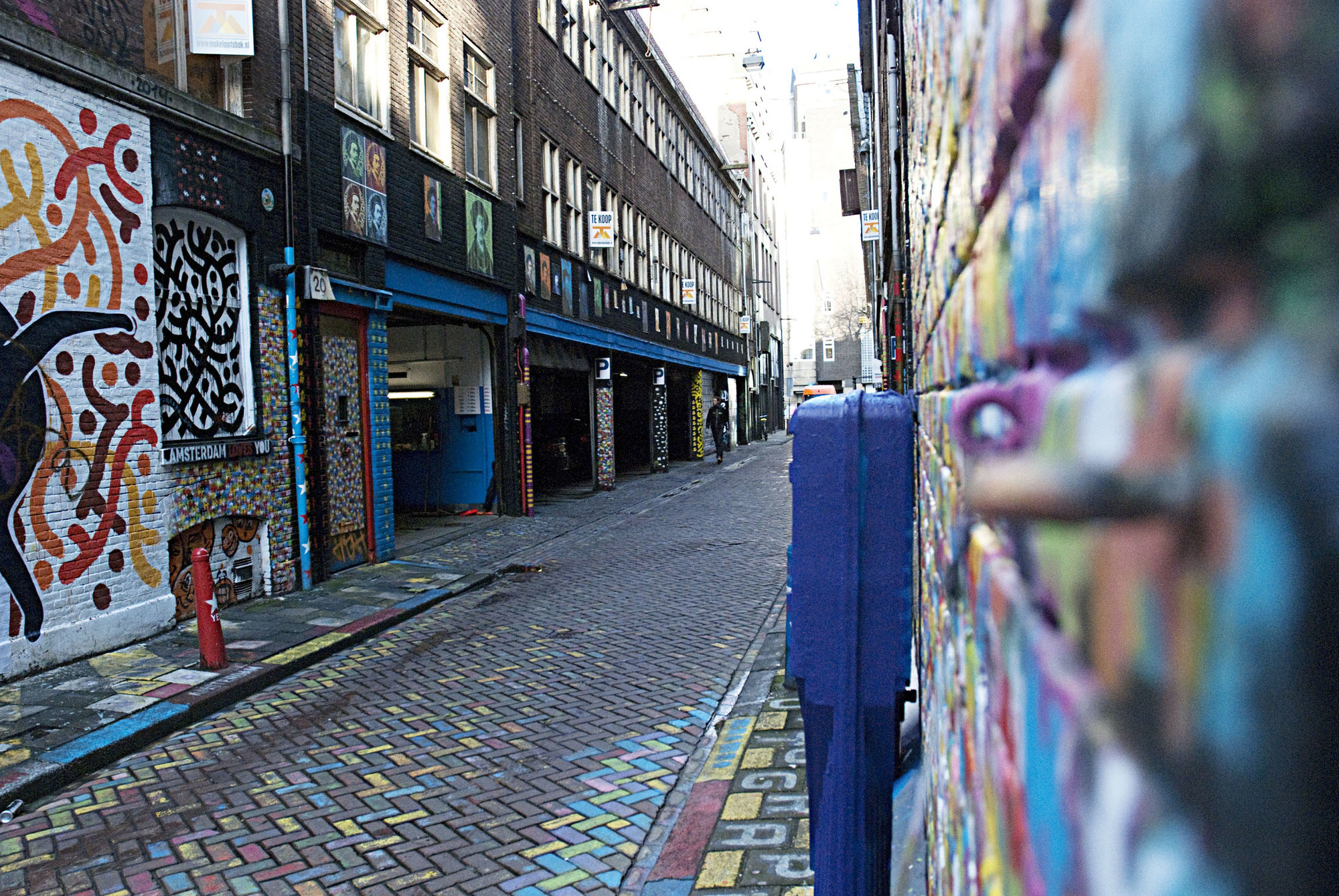 Before the anti-squatting law Slangenpand residents were actually working together with the municipality to make the area even more attractive. Art markets were being organized and gallery- and work- spaces. The municipality of Amsterdam was very satisfied and even gave away subsidies. This area being a tourist attraction is great city marketing. If ever it will turn into a grey building block, its unique character will be lost forever. 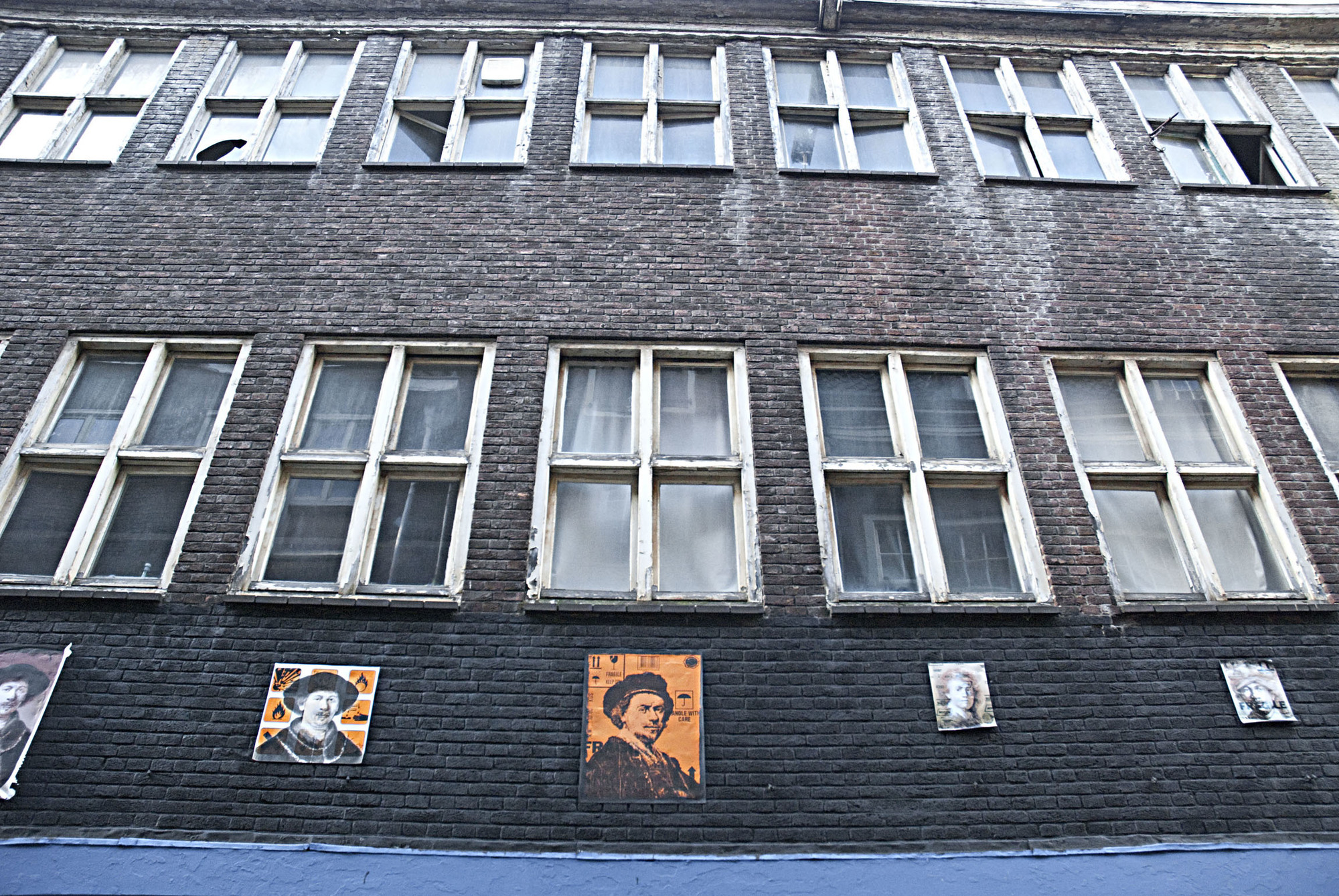 Residents don’t give up

When walking past the Tabakspanden last Saturday I noticed these ‘for sale’ signs on the buildings. ‘The end is near,’ was my first thought. Luckily it has been put there by residents and squatters who have formed Makelaar Tabak (or real estate agent Tabac). Together, they call on the Mayor of Amsterdam to not proceed with eviction, but demand at De Key for clarity about the future of these Tabakspanden. De Key has been saying for years that they are going to start building and renovating, but so far nothing has happened. For example: Peter Klashorst has been told that he has to leave before 1st February or otherwise he will be kicked out. But he is still there.

A year and a half ago the Spuistraat association was set up. They support current Tabakspanden residents and stand for the history and culture of Spuistraat. Spuistraat has an important commercial value, many shoppers are walking from Damsquare to The Nine Streets via Spuistraat. Art markets are well visited by spuistraat has become as tourist attraction because of the great vibe and location. 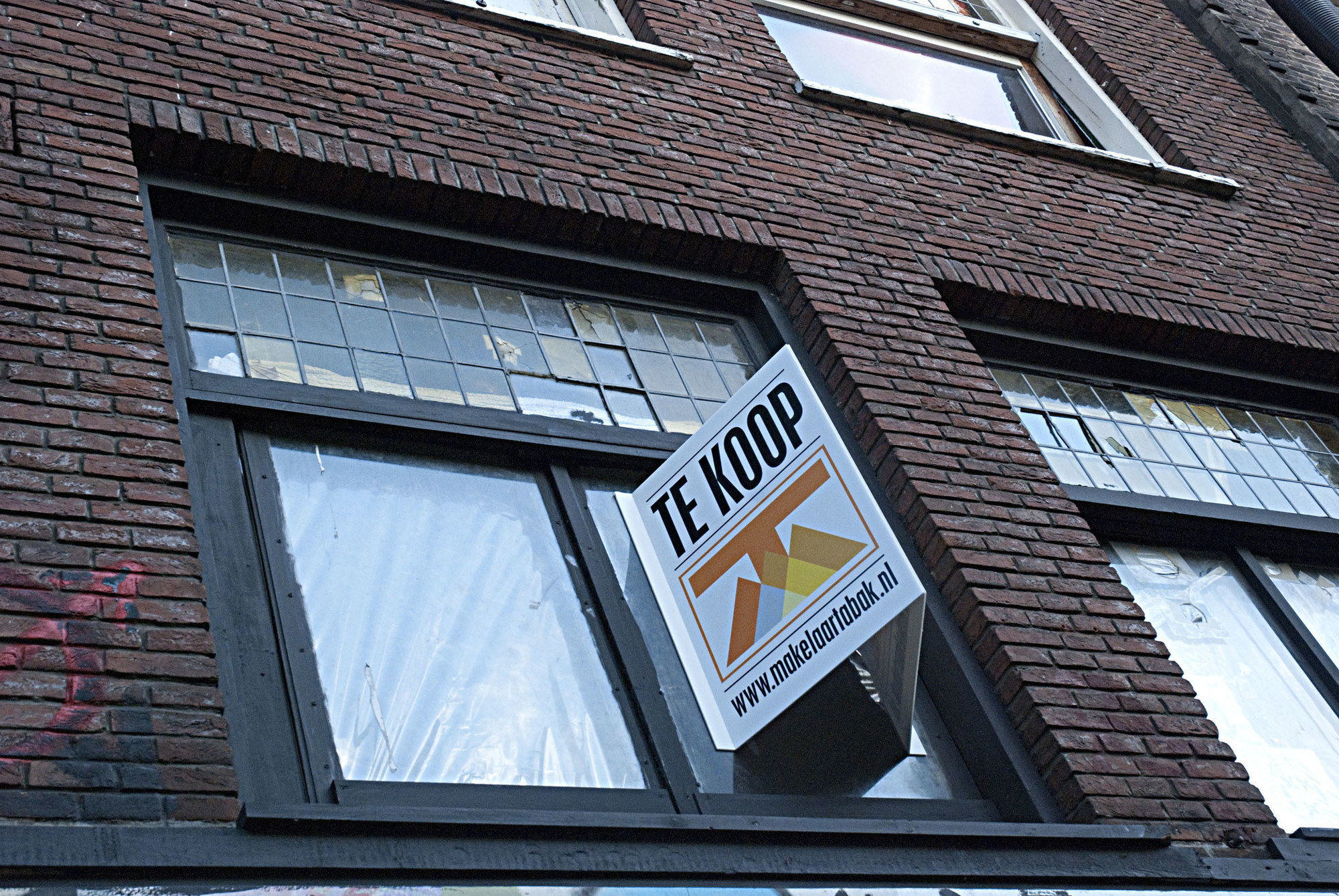 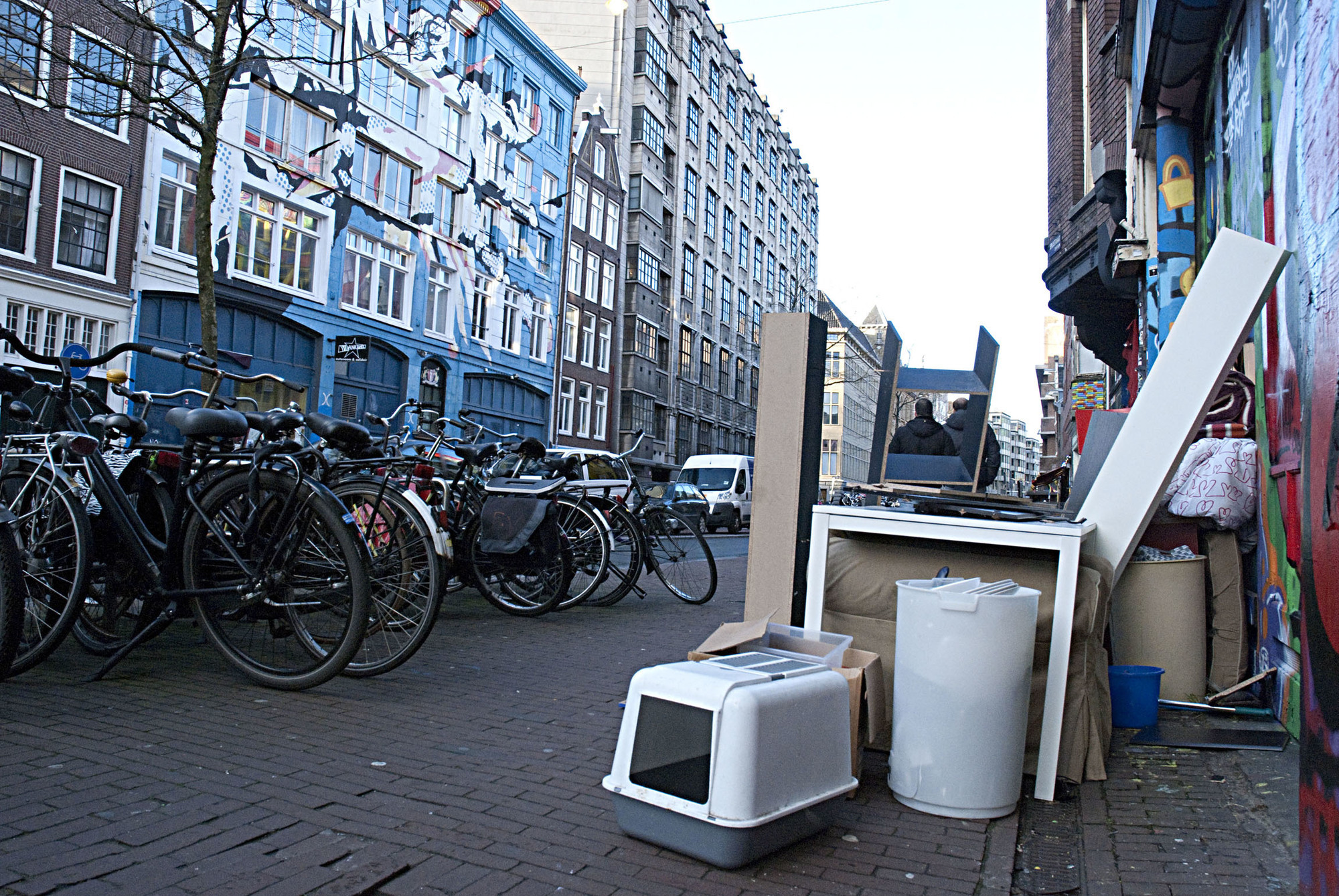 At the moment of writing it is unclear of what is going to happen with Tabakspanden. Will an eviction indeed take place? Is the area going to change completely with expensive apartments and shops? Or will current residents be proved right? We will have to be patient and find out.

Thanks Mark (Slangenpand) for your time and stories.