Every year around the Autumnal Equinox, the city of Oslo turns off the walking trail lights along Akerselva (the Aker River), and light torches along the river’s edge so that the people of Oslo can take a late night walk at what has become one of the year’s biggest cultural events.

At Elvelangs i Fakkellys (translated into “along the river in torchlight”), you don’t have to be afraid of the dark. Even though all the electrical lights are off, you are escorted by 4000 torches and 40,000 people at this celebrated event. 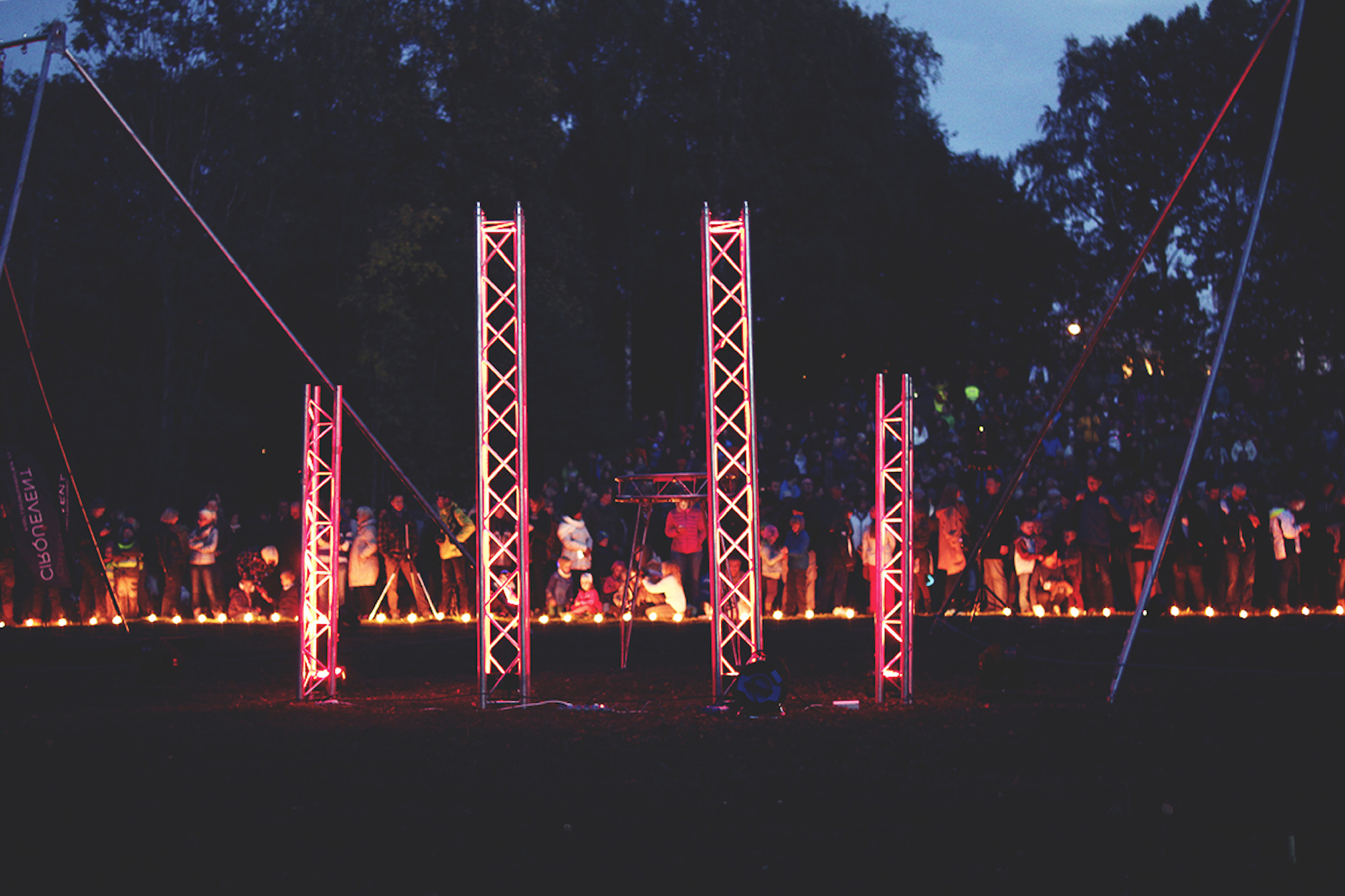 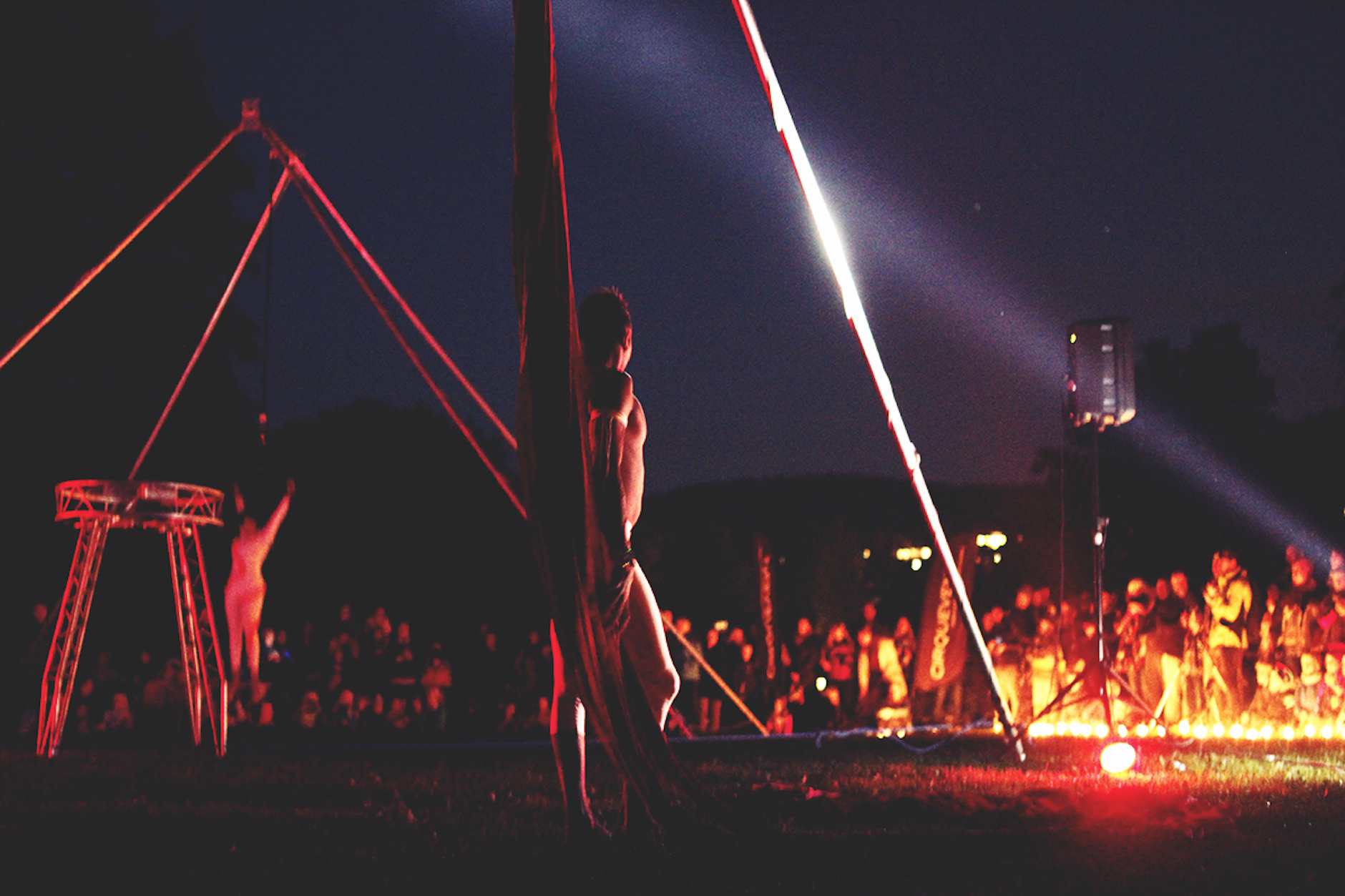 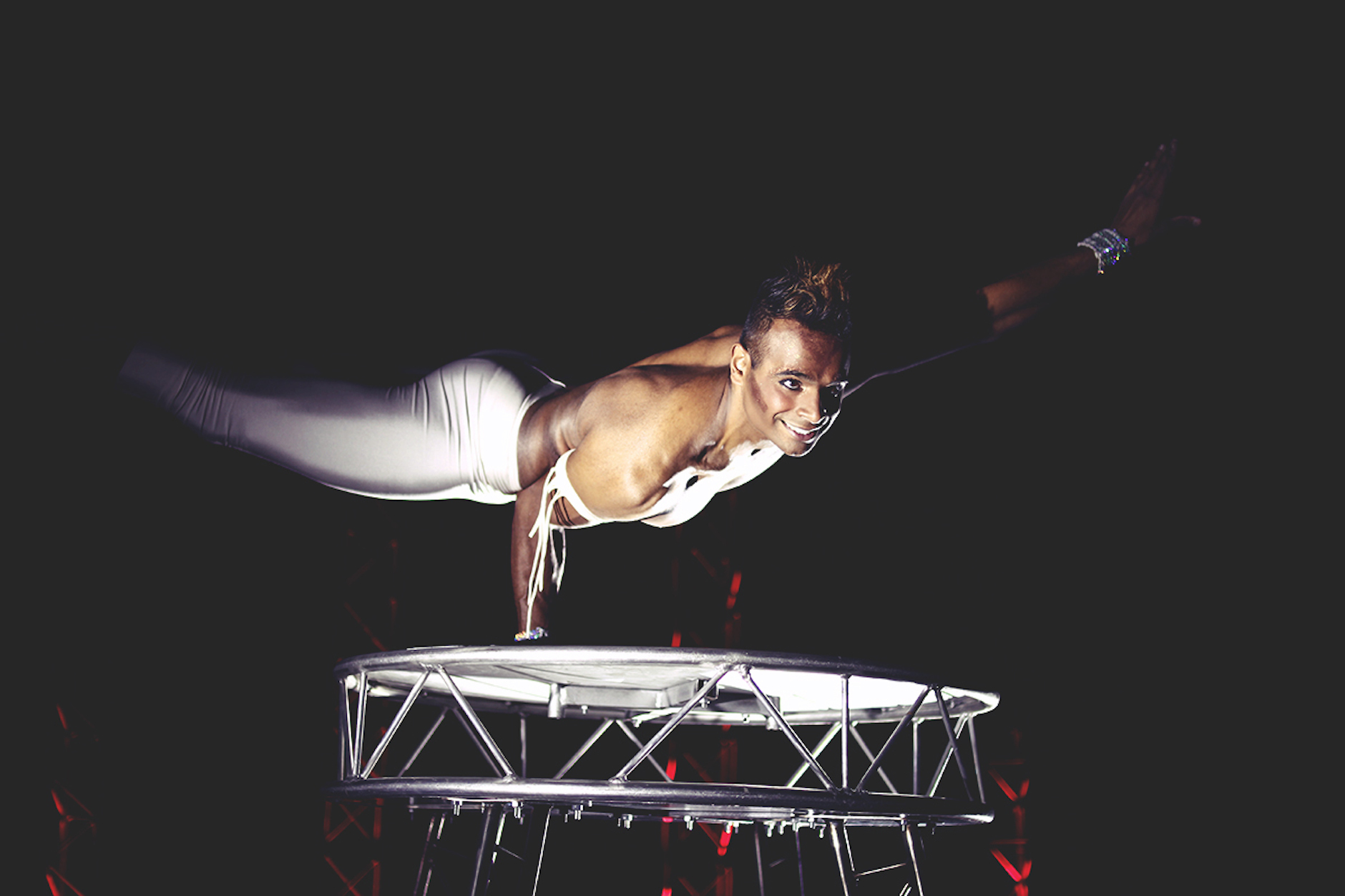 Images above to the courtesy of Cirquevent and photographer Martin Fjeld. There are four places to start the eight kilometer stretch along Akerselva, and attendees walk downwards towards the city. Along the way there are over 100 stops with different cultural and art projects. There is everything, from light installations, children’s choirs, flame breathing fakirs, experimental art projects and street performers, to waffle stands and clay building for grown ups. 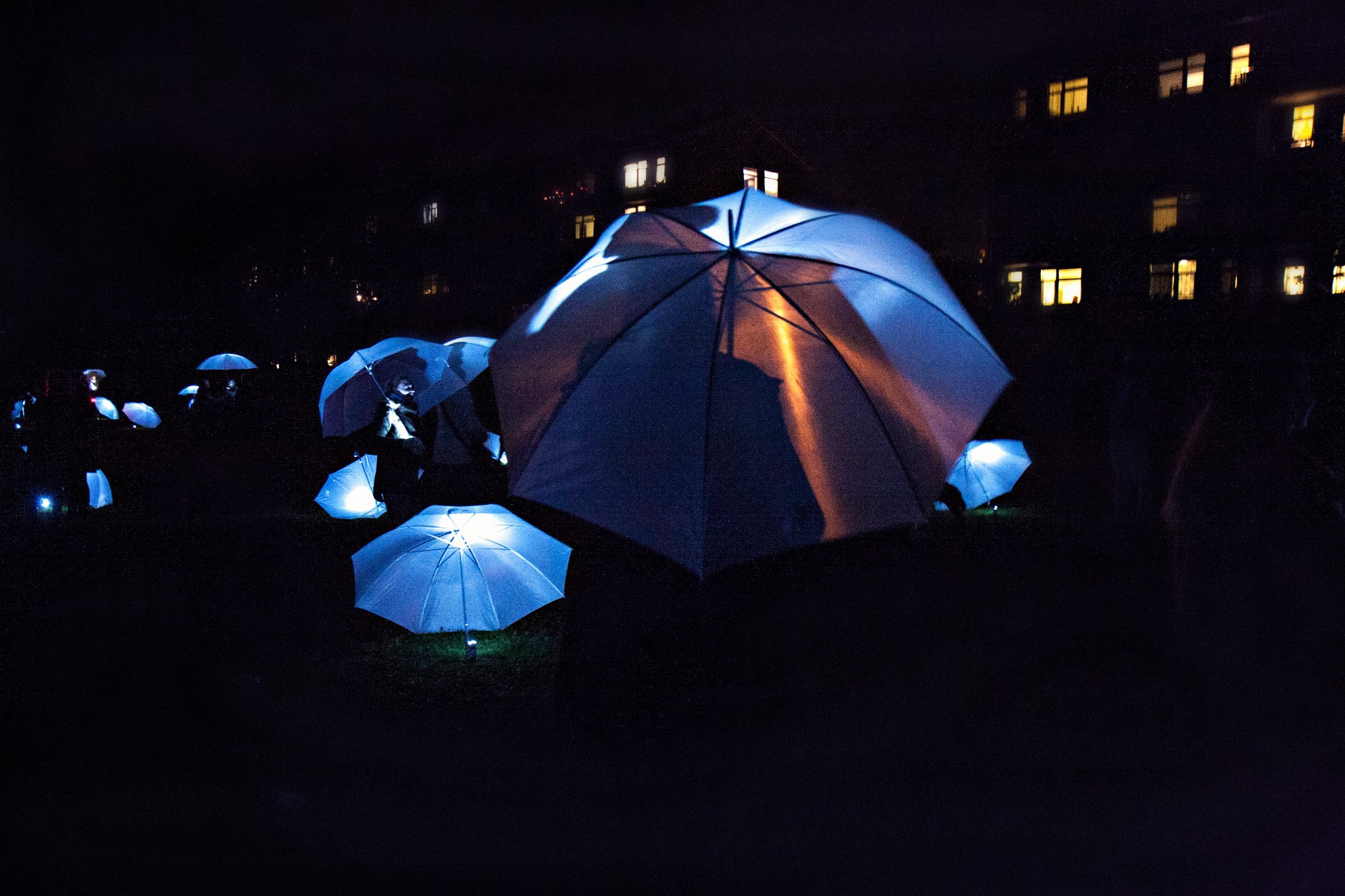 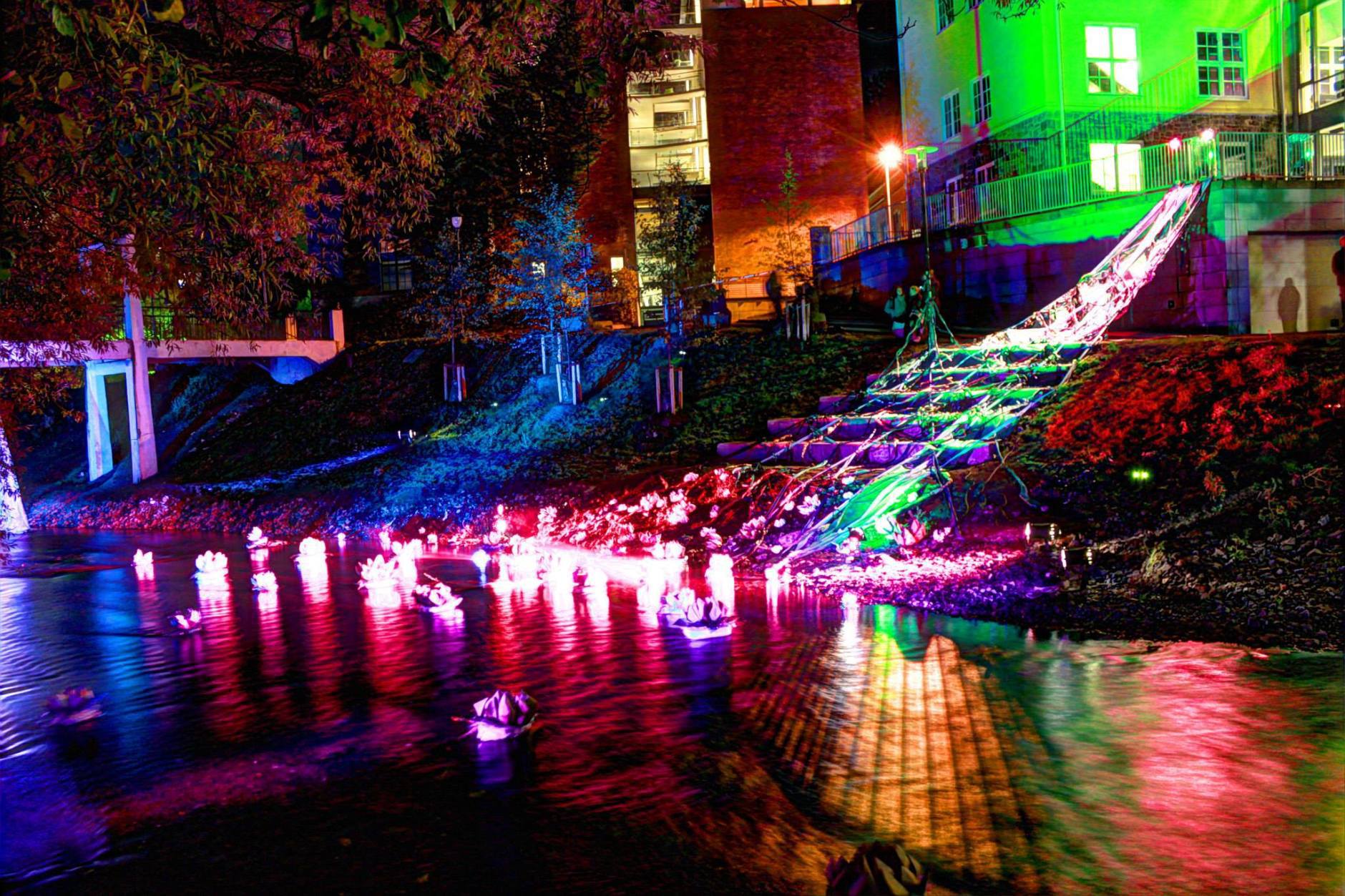 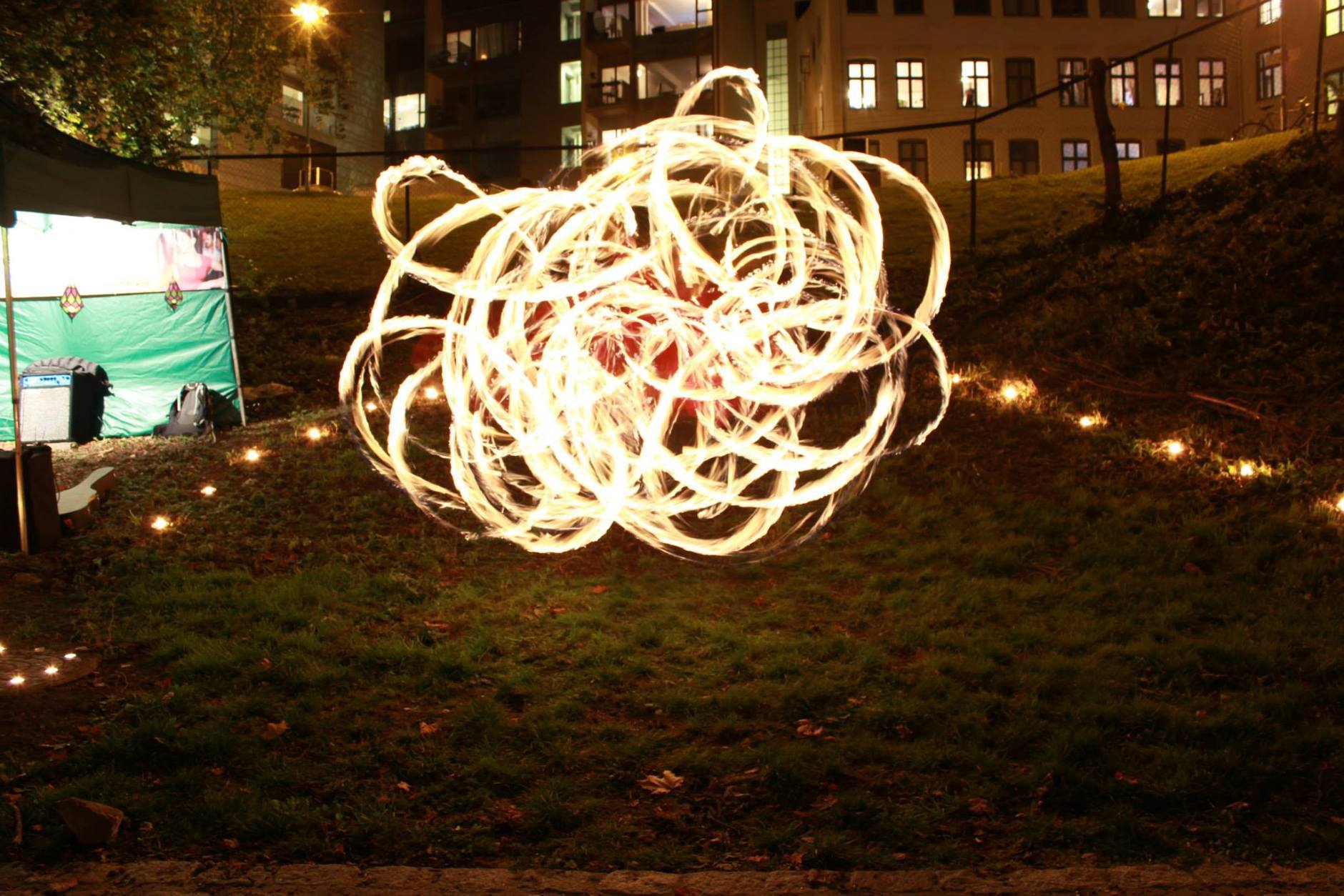 Image to the courtesy of Hristo's Photos. We had a quick chat with Liv Husby, leader for the culture department in her district in Oslo and member of the Elvelangs committee. What feedback have you gotten from people that walked along the river last night? Almost all positive, this is something people look forward to each year. There are a lot of volunteers that are involved to make this a safe and enjoyable event for everyone. Who can be a performer at the event? It varies. You can apply to be a performer, that’s how we get in contact with local choirs, marching bands and more. The bigger acts are booked and planned in advance. Can you tell us something about last night that we probably didn’t know? Yes! During last night's walk there was a proposal! 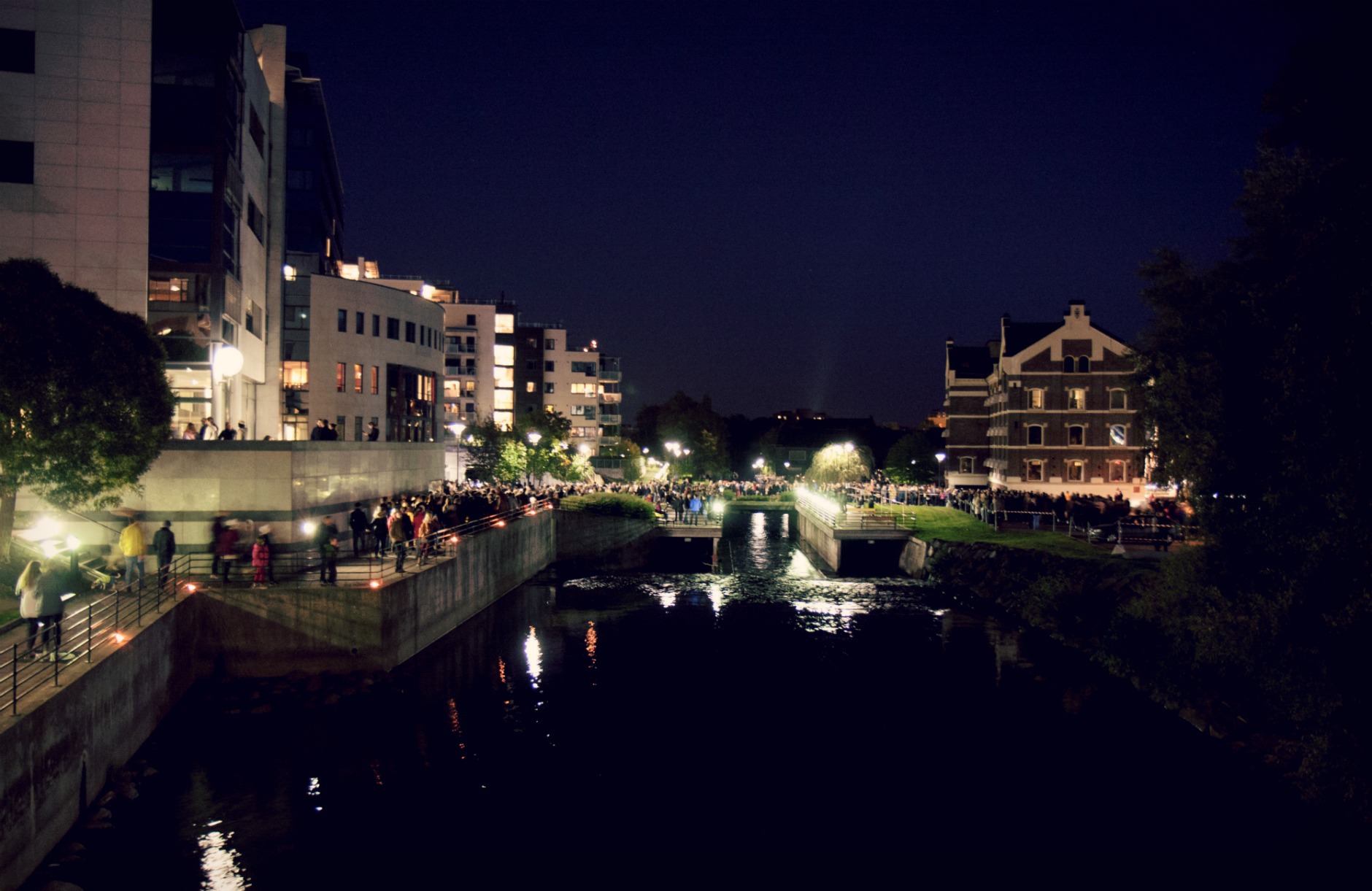 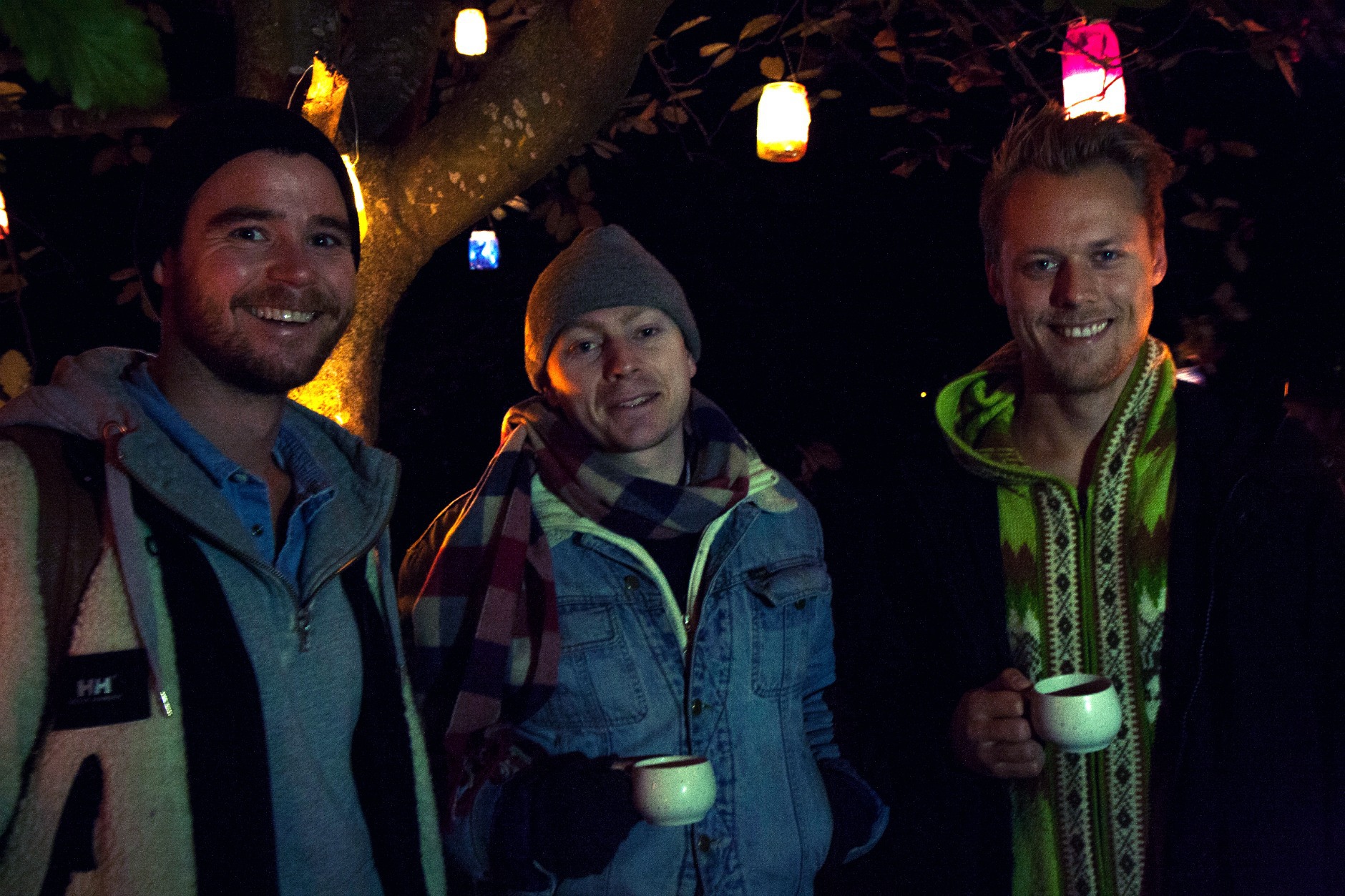 These guys brought their own coffee, and porcelain cups, to keep warm all night. 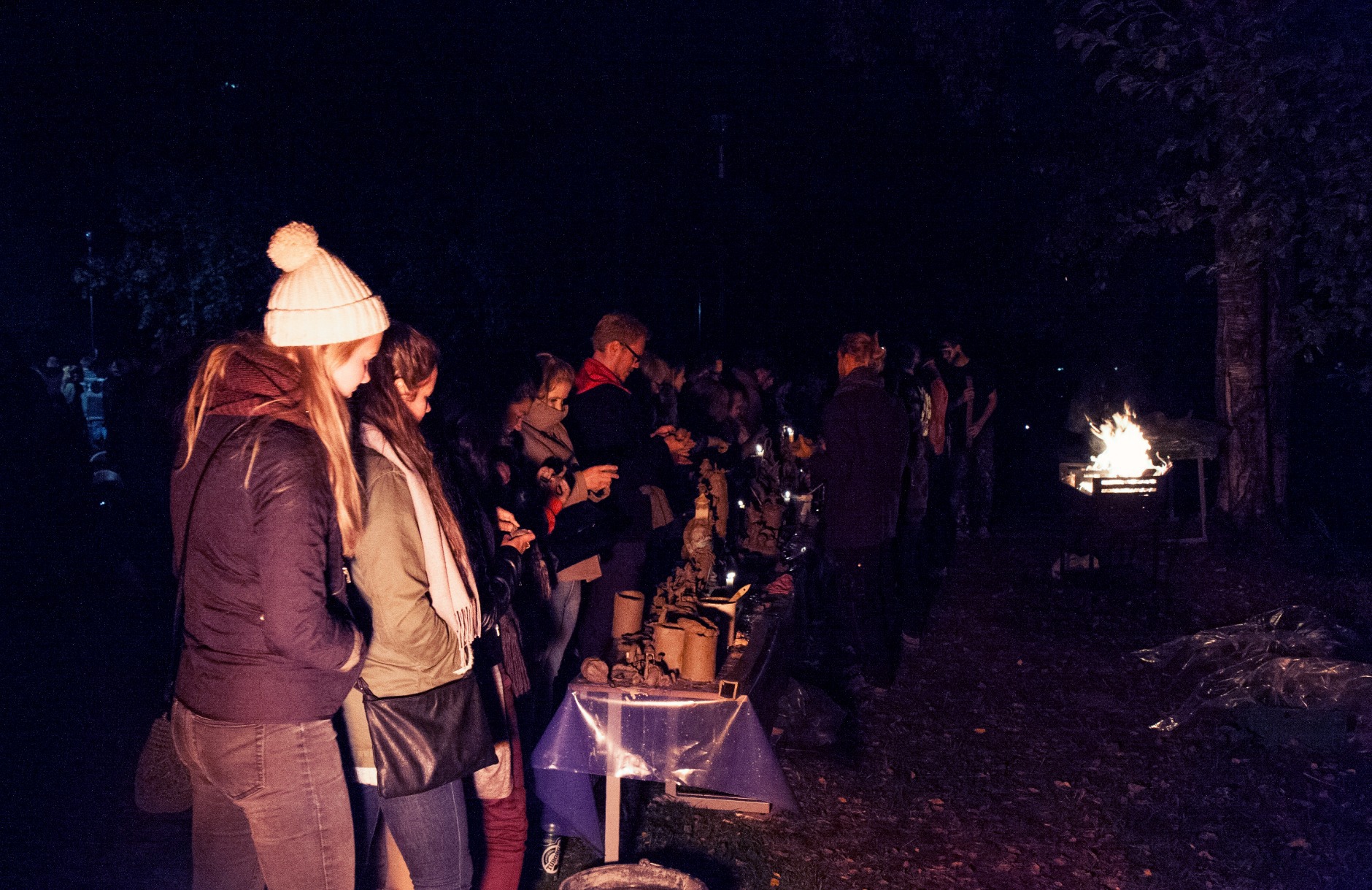 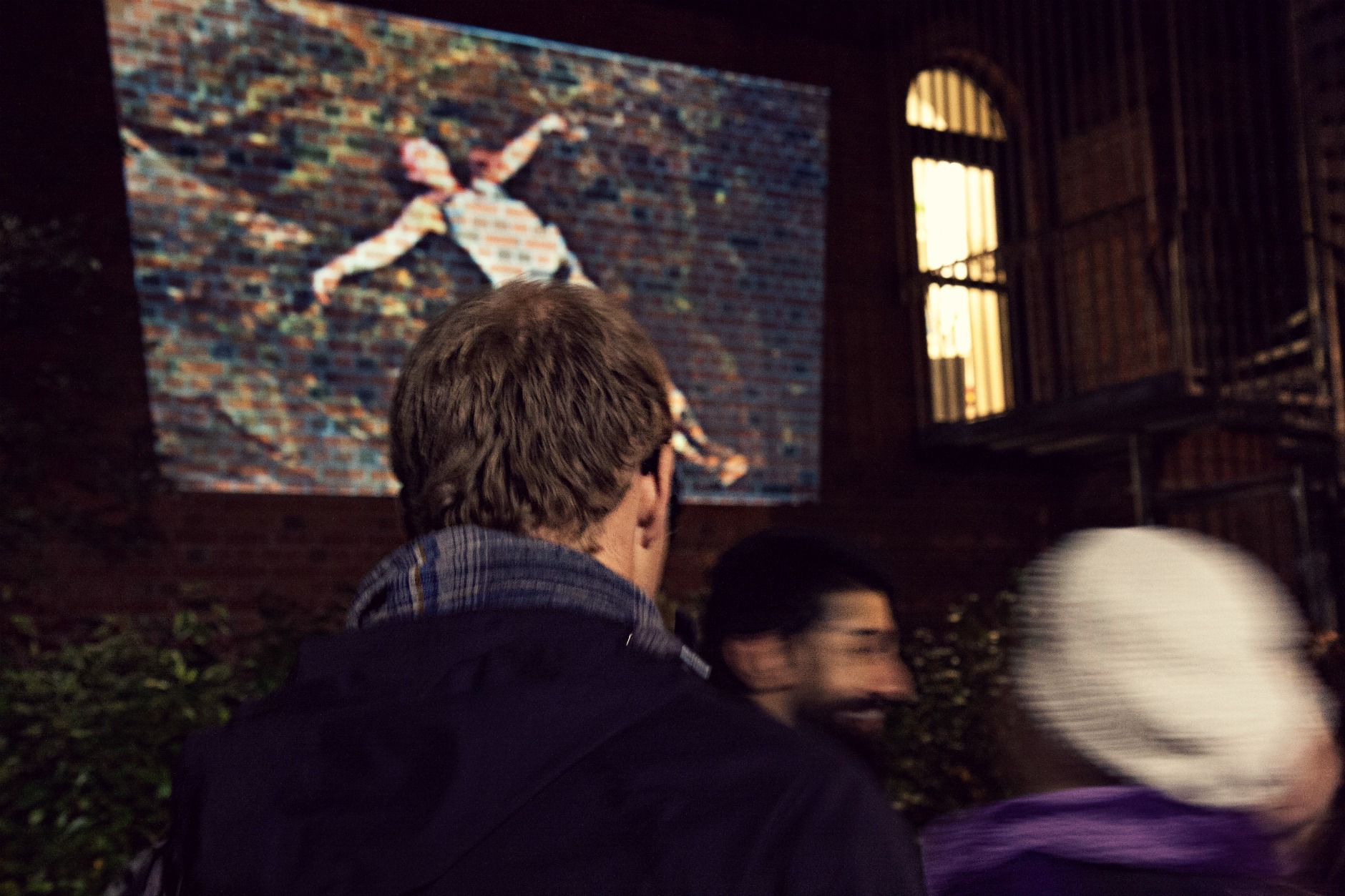 This event has been so popular these last years that people actually stand in line to get down to the river at some of the more popular stretches. The glowing atmosphere is almost impossible to catch on film because of the darkness; you really have to be there to experience it. And even though this is a late night event, there are no sad faces. This is a night of walking, watching, and enjoying the magic of the darkness and the light. -Bianca- 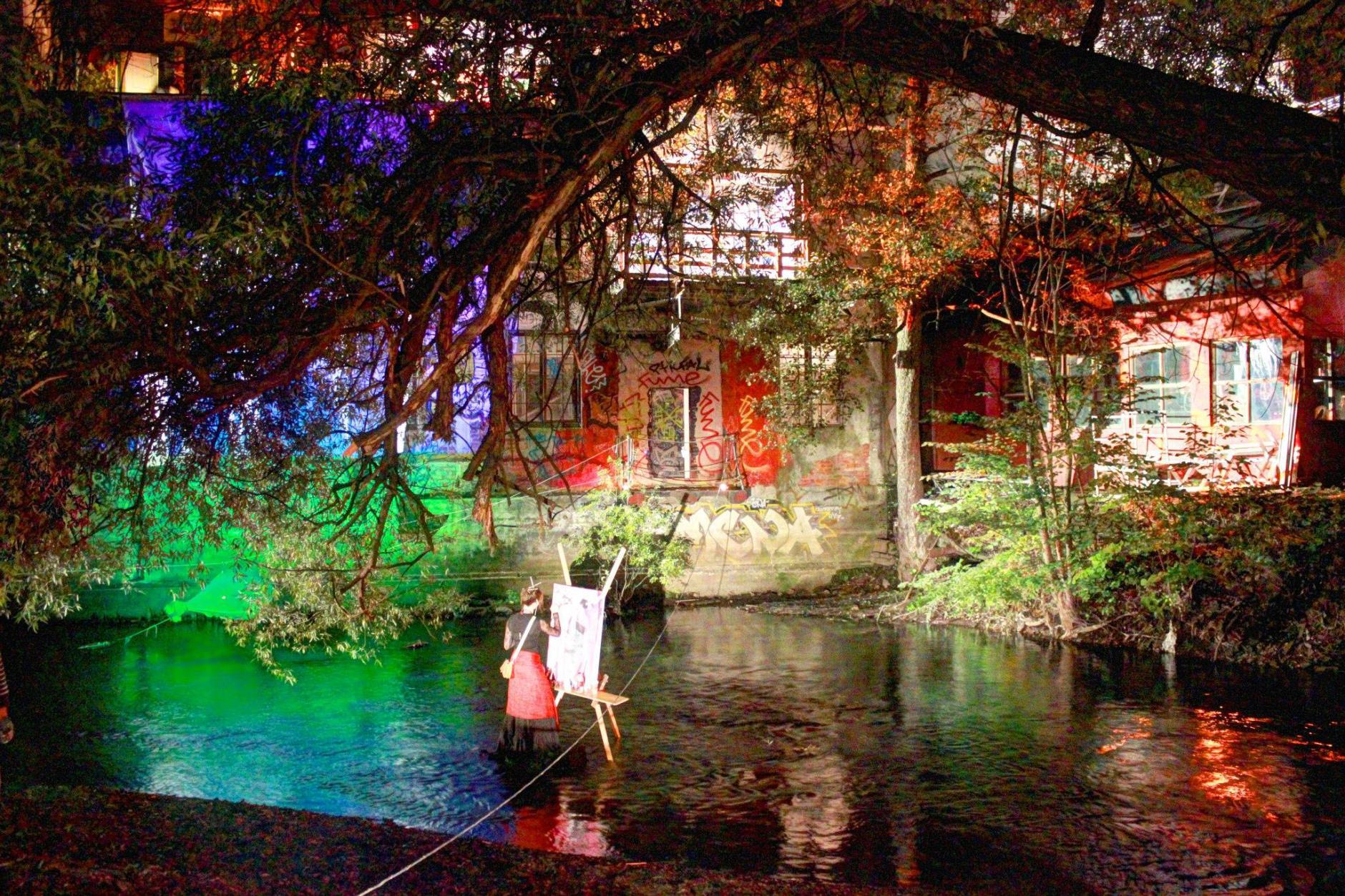 Image to the courtesy of Hristo's Photos.